Youths and Social Media — The Message Matters too 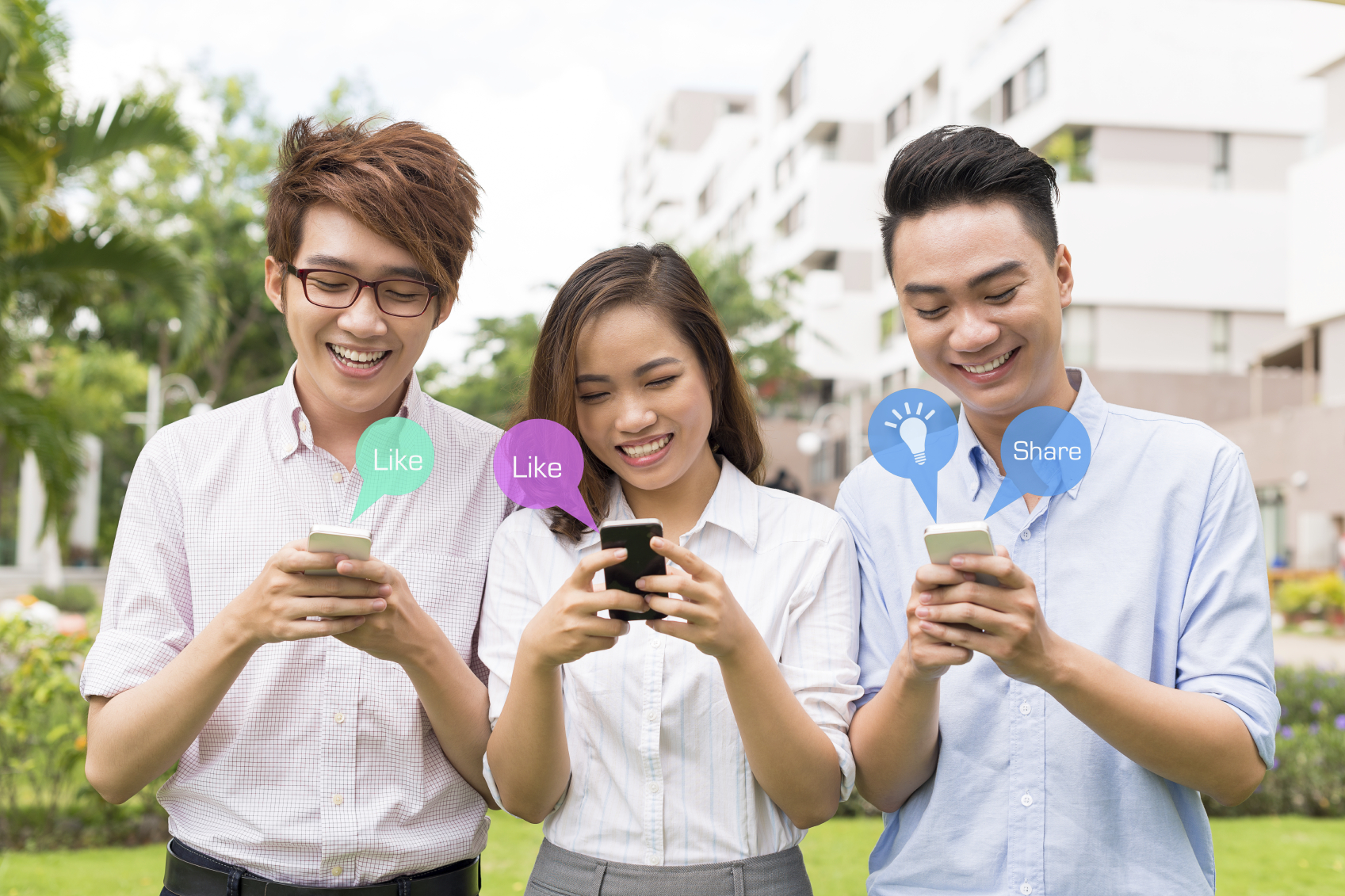 By Nadzirah Samsudin and Carol Soon

The youth vote can have a powerful impact, making or breaking a politician’s election campaign. United States President Barack Obama secured more than 60% of the youth vote when he first won the presidency in 2008. Tsai Ing-wen, who won the February 2016 Taiwanese presidential election, rode on youths’ political and economic frustrations.
Young voters played an important role too in the September 2015 General Election, which saw the People’s Action Party gain an almost 10 percentage point increase in its overall vote share. At the post-GE press conference on 12 September, Prime Minister Lee Hsien Loong said: “I wholeheartedly thank voters of all backgrounds, races — without your support, we wouldn’t have such a good result. We also successfully got many young voters’ support.”

Studies from around the world have established that social media is main medium — the go-to source — for youth to learn about elections.

In January this year, the Pew Research Centre found that 61% of respondents in the 18-29 age group learned about the 2016 US presidential election from social media. In Taiwan, a recent study by Shih Hsin University showed that more than 70% of college students obtained their news from the Internet and only 20% relied on television.

A survey on media and internet use during the 2015 GE by the Institute of Policy Studies (IPS), done after Polling Day, found that among respondents aged between 21 and 34 (who fall into the youth bracket, according to the National Youth Council), social networking sites such as Facebook, Twitter and Instagram were their top choice for election-related information.

But this does not mean that it is just enough for political parties to announce their plans and positions on social networking sites, or use these platforms to rouse support. Surveys of election-time social media usage by youth in the US, Taiwan and Singapore show up differences that point to specific ways in which social media can be used for political education and outreach.

The IPS survey also showed that Singaporean youths used social media primarily as a tool of surveillance — to learn more of other people’s views on elections. Although they indicated their “likes” on Facebook for pages or a posts on candidates, political parties and election issues, they rarely performed actions that required more effort such as producing or commenting on content election-related content on social media.

Thus, mobilising them through social media will be more challenging, unlike in Taiwan, where youths used Facebook and Instant Messaging platforms such as Line for organisation and mobilisation during the 2014 student-led Sunflower Movement, a protest against a trade pact with China. Their Facebook page, “Black Island Youth”, which went viral and amassed over 20,000 “likes” within days, was used as a tool to disseminate information to their supporters.

In the US, a separate Pew study in 2012 found that beyond “liking” political content on Facebook, youths would also post their thoughts on issues, share links that directed people in their online networks to political stories, and promote political material.

The differences in usage and engagement could be a function of the different political environments in the US, Taiwan and Singapore.

For instance, in the US, ordinary folks are generally disenchanted with capitalism and the political system. While it is still too early to comment on the ongoing presidential election, Democrat candidate Bernie Sanders and Republican candidate Donald Trump who are riding on people’s dissatisfaction are proving themselves to be forces to contend with.

In Taiwan, youths’ mobilisation stemmed from their unhappiness with the Kuomintang’s leadership, the party’s close relationship with China and their growing socio-economic problems. Low salaries and high property prices have heightened the sense of helplessness and haplessness among graduates.

This does not necessarily seem to be the case in Singapore, if we go by another finding in the IPS post-GE survey. Singaporean youth demonstrated a strong sense of collective efficacy – 60% believe that the government will respond to citizens’ needs if people band together and demand change. When asked what had influenced their vote, they said that it was the quality of parties and candidates in their constituency, and policy changes related to transport, housing cost and foreign workers.

What this suggests is that, like older voters, youths’ satisfaction with the state of governance and the quality of their candidates matter. Social media is a useful medium to convey messages on these topics.

President-elect Tsai did this in Taiwan – her calls for democracy and transparency resonated with the youths, and videos of herself explaining policies in a light-hearted manner were shared widely on Facebook. Democrat candidate Bernie Sanders’ has used his campaign to cast the spotlight on issues that strike a chord with American youths — college debt and inequality.

To conclude, social media can be important leverage for politicians. But the campaign messages broadcast via that medium must both resonate with their constituents and withstand their scrutiny. This holds for policy communications via social media as well.

Policymakers have to understand users’ demographic profiles for different media and how various segments of the public feel towards an issue. They can then tailor the key thrusts of their message for each medium accordingly. The platform is important but the message is what will provide impact.

Nadzirah Samsudin is research assistant and  Dr Carol Soon is senior research fellow at the arts, culture and media research cluster at the Institute of Policy Studies

This piece was first published in The Straits Times on 15 April 2016.