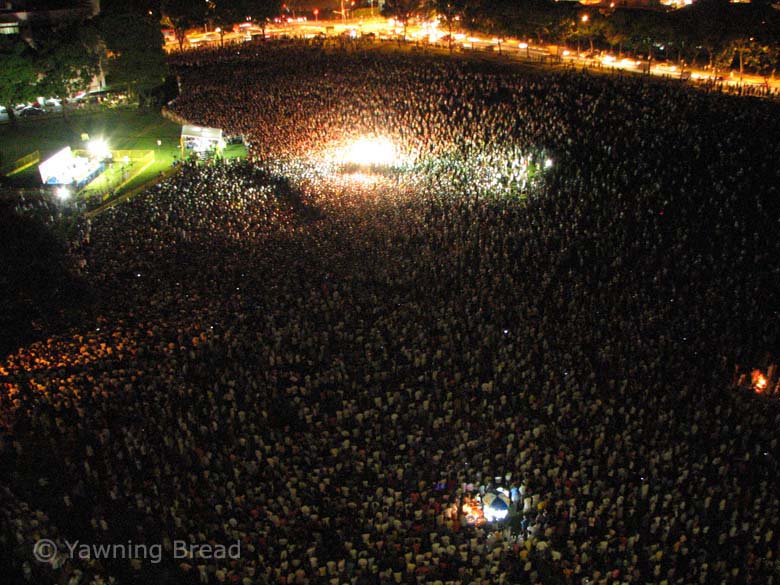 Here in Singapore and in many countries, the Internet holds a strong allure for political parties and candidates during election time because of its instant connectivity and wide reach. During Singapore’s General Election (GE) in 2006, the author of the blog Yawning Bread, Mr Alex Au, threw new media into the limelight when his dramatic photograph of the huge crowd at a Workers’ Party rally in Hougang went viral. In an instant, the power of new media became apparent, showing how ordinary citizens can create and share information not found in mainstream sources, such as newspapers and television.

By the 2011 GE, some observers were predicting an “Internet election’’. However, a survey of 2,000 voters conducted by the Institute of Policy Studies on their use of media for election information found that the Internet played a much smaller role than assumed. Not only did people consume more election news from mainstream news sources (print, television and radio) than from alternative online news sources (blogs, YouTube, Facebook and Twitter), mainstream news sources were also perceived by users to be more important and trustworthy than alternative online news sources.

Two forces have since shaped people’s consumption of online content and led to the question of whether the coming election will be a social media election.

The first force comes from technological advancements — the proliferation of smartphones and instant messaging applications such as WhatsApp. According to 2015 statistics from global social media agency We Are Social, around 66 per cent of the population in Singapore use social media and 46 per cent are active users of WhatsApp. People now consume different types of information (political and non-political) on the go and in real-time.

How are parties using social media?

In this election, the promises of technology are not lost to political parties campaigning. All parties are leveraging myriad social media platforms to better connect their candidates to voters.

Of the 10 political parties, the PAP has been most active on social media. The party has announced government policies in digestible infographics on Facebook, introduced candidates through videos and launched a mobile application that features the latest news and allows users to find out about their party representatives. Similarly, the Workers’ Party, departing from its usual minimalist online strategy, has also extended its social media reach through a mobile application.

The Singapore Democratic Party took to unveiling their candidates through live video streaming after the Writ of Election was issued.

Would such endeavours necessarily translate to bigger vote shares? The answer is not a definite yes. Researchers have long observed a phenomenon called “homophily”; that is, people seeking out and interacting with like-minded others. In 1997, political scientists Kevin Hill and John Hughes analysed 22 online political forums and found that they were dominated by participants who shared similar political beliefs.

Online homophily occurs when people visit sites that speak to their existing beliefs.

They do so to avoid dissonance or discomfort that arises when they are exposed to contrarian views that challenge their long-held values. Fast forward 18 years, and the flocking of like-minded people to similar sites can be observed as well.

A 2014 study by the Pew Research Center found that liberals and conservatives in the United States live in different worlds when it comes to getting news about politics and government, and there is little overlap in the news sources they turn to and trust.

Turning to political parties’ Facebook pages at home, supportive comments and accolades are aplenty and there is a stark absence of dissenting views or debates on hot-button issues. This suggests that political parties and candidates are likely to be connecting with existing supporters who would not count for higher vote shares at the polls.

The success of any social media strategy during the hustings will thus depend on how political parties use technology to reach out to two groups — fringe voters whose support is tipping towards them and those in the middle ground who are undecided on whom to vote for. One way is to harness the power of social networks by mobilising existing flocks of supporters to recruit more supporters.

US President Barack Obama’s social media strategy in 2012 is a good example of how technology can be used as a force multiplier.

By using big data analytics, his campaign team tracked supporters who became volunteers. They were mobilised to recruit like-minded others through phone calls. The profiles of volunteer callers were matched to those of prospective supporters, harnessing the power of homophily.

Another Pew study published last year supports the importance of social networks. Americans who follow political figures on social media are more likely to volunteer their time and money to a candidate or campaign and encourage their friends to support a candidate at the polls.

Whether or not GE 2015 will be a “social media election” will depend on how political parties manoeuvre and tap the mobilising force of social media during the remaining campaigning period.

Please click here for more on  IPS’ study on the role of the Internet and media in GE2011. This survey was also used for a series of different studies on media and the 2011 election. These have just been published in a book Battle for Hearts and Minds: New Media and Elections in Singapore, which is available in bookshops and for order online here.

Carol Soon is a research fellow and Tng Ying Hui is research assistant from the arts, culture and media research cluster at IPS.

This article was first published in TODAY on 4 September 2015 and is the third article in our New Media Insights Series.