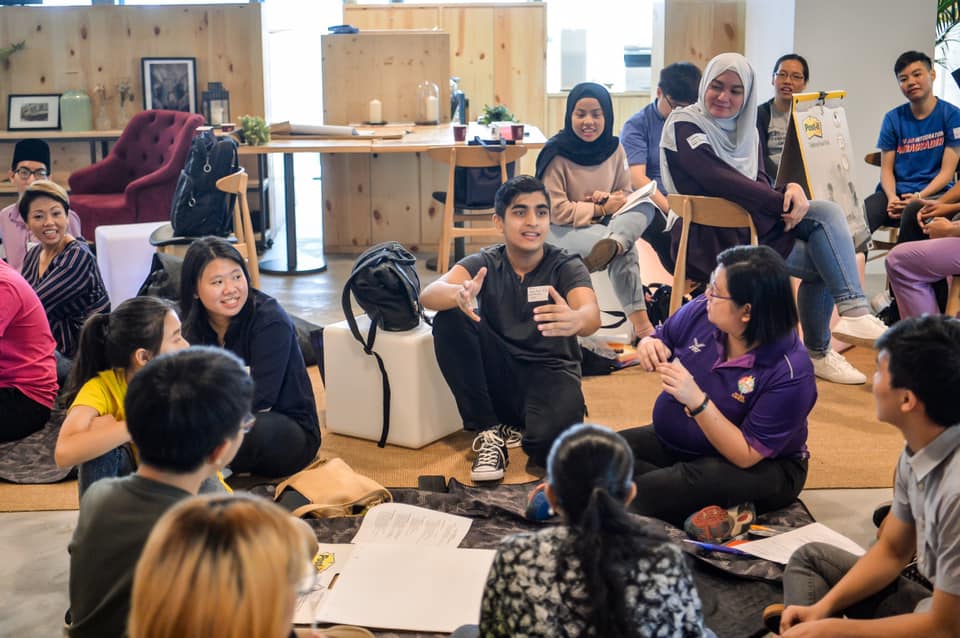 By Shanthini Selvarajan and Mathew Mathews

More young people are open to permitting religious extremists to publish their views on the internet or social media. Forty six per cent of those between 18 and 25 years felt this way, compared to only 15 per cent of those above 65 years.

A lower percentage of 18 to 25 year olds — 38 per cent — were willing to allow extremists to hold public meetings to express their views.

These were among the findings that we released in a recent IPS report on religion in the private and public sphere.

Our findings were based on the International Social Survey Study on Religion, which surveyed 1,800 Singapore residents from August to December 2018.

Although the majority of the young did not agree to postings by religious extremists, the proportion who agreed was large enough to merit attention.

The media widely reported these figures and the Minister for Home Affairs, Mr K Shanmugam, in his Ministerial speech on Restricting Hate Speech to Maintain Racial and Religious Harmony in Singapore, referred to them in suggesting “why we should have a proper debate about these issues”.

Most find this statistic surprising. Years of socialisation into Singaporean values of tolerance and religious harmony should have negated any openness to religious extremist postings.

The respondents could not have misunderstood the term “religious extremists” — this was clearly defined as those who “believe that their religion is the only true faith and all other religions should be considered as enemies”.

However, to suppose that the young are not concerned about maintaining religious harmony is simply not true.

Akin to those of other ages, they hold a disdain for religiously motivated hate speech.

It was nearly unanimous (97.7 per cent) among 18 to 25 year old Singaporean respondents in the survey that it was either unacceptable or very unacceptable for religious leaders to make insensitive comments on other religions.

In addition, 97.2 per cent of those in this age group felt that it was either unacceptable or very unacceptable for religious leaders to incite violence or hatred against other religions.

A question of free speech

We believe that a sizeable number of young people are sympathetic to allowing religious extremist views online because of how they value freedom of expression, especially on the internet.

In fact, a study on free speech and media by the Pew Research Center in 2015 found that 60 per cent of American millennials, a group known to be supportive of racial diversity, do not support censoring offensive statements online about minorities.

Thus, it is not surprising that the young would guard online spaces more vigorously through accepting views of all nature, even views deemed offensive by some.

Growing up in the era of digitalisation, the majority of millennials are social media users who increasingly turn to this platform to air their views. It accommodates a diverse range of opinions and voices. Increased regulation and monitoring of social media by authorities may be perceived as a threat to what to them should be a safe space for expression.

Moreover, many Singaporean millennials, because they feel more confident of their ability to navigate online spaces compared to their parents, might believe that most Internet users are mature enough to disregard, and even debate with those who hold extremist positions.

They might even trust and rely on the online community to sanction extremist views. Such attitudes were found among British youth, as uncovered in the European Union funded C.O.N.T.A.C.T project. British youth interviewed for the project perceived online spaces as platforms to mobilise resistance to hate speech.

Freedom of expression is an important societal value, especially to millennials. The clamping down on free speech, even if it is extremist speech, can have a chilling effect. Greater regulation of online spaces, especially social media, can encourage more self-censorship.

However, these liberties have to be understood in relation to the potential ramifications of such extremist speech.

First, considering a group an enemy can threaten its esteem and sense of identity. Such speech dehumanises and strips groups of dignity and self-respect. It leaves them guarded and paranoid.

Second, the publication of such extreme speech also dilutes opportunities for productive discussion. Those who encounter such opinions online may be discouraged from engaging in further conversation and debate, especially if these opinions are unwavering.

It then becomes difficult to build empathy for other groups, which is much needed for harmonious relationships.

Third, extremist speech can shape the attitudes and actions of a sizeable number over time. Myanmar witnessed devastating anti-Muslim violence following the proliferation of religious extremist posts on Facebook. The contagion effect of extremist speech is amplified when social media allows such speech to go viral.

Societies are increasingly recognising the need for such regulation. Facebook recently introduced a ban on white nationalist content that has garnered praise from civil rights groups.

Allowing extremist views to be propagated without penalising it signals acceptability of such speech on a national level. This will deepen societal fault lines, and not secure the interests and aspirations of Singaporeans to have a truly harmonious society.

While the younger generation certainly appreciates the value of freedom of expression, they should also be cognisant that some discourse should not be accorded a platform, especially in multi-racial and multi-religious Singapore.

Shanthini Selvarajan is Research Assistant and Mathew Mathews is Senior Research Fellow at the Institute of Policy Studies, National University of Singapore. They, together with Leonard Lim, wrote the IPS report, Religion in Singapore: The Private and Public Spheres.

This piece was first published in TODAY on 16 April 2019.