To Triumph Over Terrorism, We Need Resilient Citizens 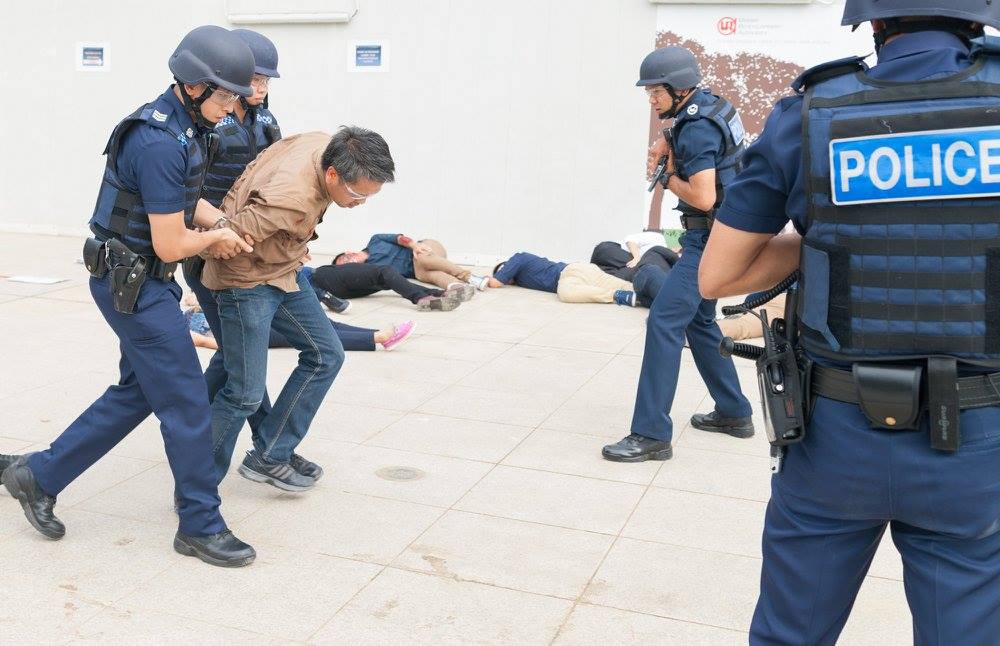 The imperative about holding together and succeeding, which formed a key plank in Prime Minister Lee Hsien Loong’s National Day Message this year comes at a time when Singapore is bracing itself for a possible terrorist attack franchised by the Islamic State terrorist network. Judging from numerous recent public statements by the Singapore authorities, their concern is about “when” a terrorist attack might occur rather than “if” it will happen.

Security is about managing and defeating threats, and also reducing vulnerabilities. On the threat side of the equation, there are signs suggesting an attack is on the horizon. A group in Indonesia, which swore allegiance to the Islamic State, declared Singapore as a target earlier last year. Singapore belongs to a multinational coalition formed to combat this terrorist organisation of which several other members have already experienced lone-wolf attacks in reprisal: Australia, Belgium, Canada, France, Germany, Egypt, Saudi Arabia, Turkey, the United Kingdom, and the United States. Neighbouring Kuala Lumpur and Jakarta each had an attack this year.

Several radicalised Singaporeans, some of whom intended to carry out attacks here, have been detained over the last two years. This includes the latest arrest, in July, of an Australian-based Singaporean who was propagating the Islamic State’s ideology that radicalised other citizens in turn. Most emblematically, six Indonesian militants were arrested in the beginning of this month for their plot to launch a rocket from Batam to Marina Bay. This latest incident is a stark reminder that terrorist threats to Singapore are multi-dimensional — an attack can occur not only on the ground but also from the sea and the air — and that we have to scan for strikes in their various permutations in order to be well prepared.

On the vulnerability side, there are no such things as full-proof defences and perfect intelligence. Counter-terrorism deals with shifting goalposts because terrorism itself is complex and unpredictable. Terrorists are also innovating, as can be gleaned from recent reports about their adoption of commercially-available unmanned aerial vehicles (UAVs) and not just rocketry. That is why, notwithstanding the cutting-edge measures that Singapore’s security agencies have implemented to mitigate the risk of a terrorist attack, the harsh reality is that terrorists may, at some point, be lucky enough get past our country’s best defences and counter-measures to unleash an attack. What this means is that simply throwing money, technology, and resources at combating terrorism is not the whole solution.

It is the public who must help close gaps. In the Gallup Global Law and Order Report 2015, Singapore ranked 1st out of 141 countries in this international poll on their own sense of personal security. While this survey signals the confidence of our citizens on the current integrity of our security measures, it may also hint at the continuing perception that the provision of security is a governmental responsibility. However, in the age of pervasive threats, the burden of security must also fall on the shoulders of the public and quite heavily so. A state’s citizens serve as a ready force multiplier in identifying suspicious behaviour and notifying the authorities who themselves cannot survey the state in its entirety. There will be scenarios when Singaporeans will have to step in as first-responders to do what they can to blunt a terrorist attack and give aid to the injured when our security agencies have yet to arrive on scene.

It is also our citizenry who must do the bouncing back — and as quickly as they can — after an attack has occurred. This is the stuff of national resilience. The common intended effect of any terrorist attack — whether it involves the use of rockets, bombs, guns, knives or whatever means available to kill people and destroy infrastructure — is to create the kind of hysteria that terrorists hope will cripple society, making it ripe for the taking. If a society is resilient, then the medium of any terrorist attack against it will become irrelevant. By demonstrating that we refuse to allow terrorism to create any dent in our lives, we defend the psychological high ground that terrorists are attempting to wrangle from us. This is why initiatives such as Total Defence (established in 1984) and SG Secure (that is being rolled out this year), which prepare Singaporeans to undertake all these roles, are going to be the best weapons our country will have over anything else that money can buy.

Yet, the precursor to any national resilience initiative is social unity, and this a project that multi-racial and multi-religious Singapore must endeavour to get wholly right. A society that is fractious and easily divided in the face of crisis cannot be described as resilient. In fact, it is perceived as a point of vulnerability for terrorist groups plotting against the country. While the current inter-racial and religious situation in Singapore is positive, there is still hard work ahead. The Institute of Policy Studies’ Survey on Race, Language and Religion in 2013 showed that while about 80% of Singaporeans are open to building close relations with people of another race or religion, 40% feel that racial tensions have yet to be eliminated.

Lest we forget, ramping up national unity and resilience has all-round benefits to Singapore that go beyond fending off terrorism toward the general ability to overcome any kind of challenge that threatens the safety, welfare and integrity of society. This includes economic, environmental, and epidemiological challenges that we can expect to be the hallmarks of an increasingly complex and uncertain world going forward. As the Singapore Story tells us, we have overcome internal and external challenges before, foretelling that we can do so again.

Dr Graham Ong-Webb is a Research Fellow at the S. Rajaratnam School of International Studies, NTU. He studies security and defence issues in the Asia-Pacific.