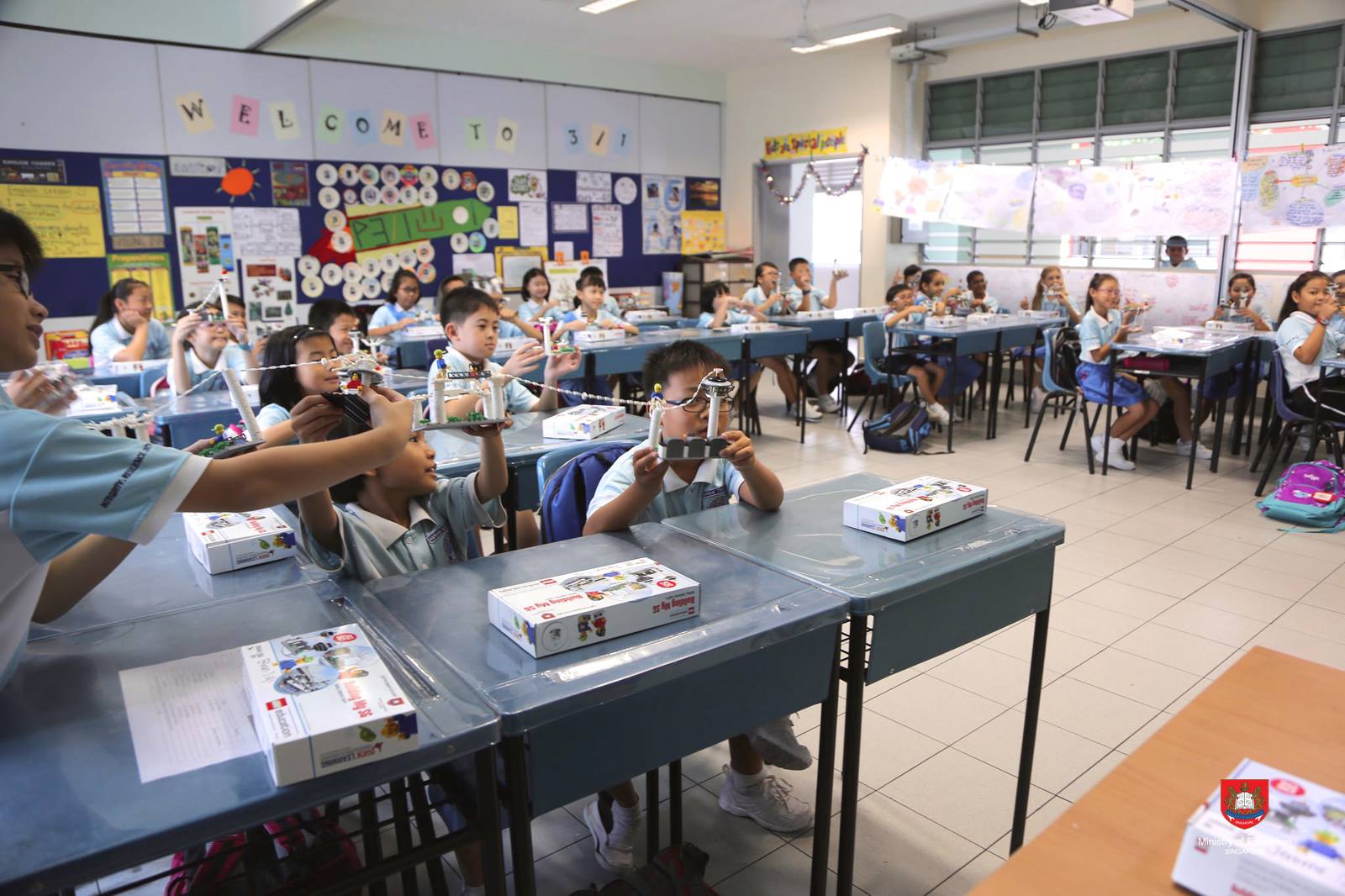 Productivity growth in Singapore has been stagnant since 2014. At the Singapore Productivity Conference and Exhibition organised by the Singapore Business Federation on 1 November 2016, Minister for Manpower Lim Swee Say cautioned that Singapore would lose its competitive edge unless productivity improves.

One of the major efforts to boost productivity levels locally is the SkillsFuture initiative, launched in 2015. The nationwide movement aims to help people acquire and develop skills that are relevant to the future economy. It is targeted at all Singaporeans, from students who are still in school to workers with decades of experience.

While technical expertise and knowledge are important, young people also need an early start in acquiring and honing their “soft skills” to prepare for what is increasingly becoming a VUCA (Volatile, Uncertain, Complex and Ambiguous) world. The significance of soft skills in labour outcomes has received increasing attention from academics in recent years. James Heckman and Tim Kautz, labour economists from the University of Chicago, argued in a 2012 study that achievement tests that track cognitive ability like one’s IQ or Intelligence Quotient often fail to measure soft skills, which have causal effects on successful life outcomes. Top executives have also noted the importance of soft skills in giving employees a competitive edge, especially since more businesses are seeking to compete in global markets.

What has been done to equip our young with those skillsets? In the latest Character and Citizenship Education (CCE) syllabus document (2014) by the Ministry of Education (MOE), there is a comprehensive framework for 21st Century Core Competencies and Student Outcomes, which indicates that the government is aware of the need to impart soft skills in the curriculum to nurture Singaporeans who are confident, active citizens with a willingness to learn and contribute to society.

But how can soft skills be taught? At the SG100 Compass “Think Future” Policy Forum held in July 2016 by the Association of Public Affairs from the Lee Kuan Yew School of Public Policy (LKYSPP), several peers and I, aged between 18 and 25, suggested some tweaks to the education system that can help students acquire these soft skills, directly or indirectly.

First, we should encourage creativity and innovation and promote the joy of learning by offering compulsory elective courses in primary schools. Students should be given the freedom and autonomy to learn through play (for example, by allowing them to use LEGO bricks to complete tasks as a team for Science, Technology, Engineering and Mathematics subjects) and experience international cultural immersion through language lessons and world history classes, for example.

This falls in line with the MOE’s rationale for the changes to the PSLE scoring system, to reduce the over-emphasis on academic results and to recognise a student’s level of achievement regardless of how their peers have done. By encouraging broad-based and free-spirited learning at a tender age, youths will have a better environment to mature into global citizens, who can then harness multi-disciplinary skills or mastery-level specific vocational skillsets to “spark innovation”, boost productivity, initiate value creation and solve problems in this highly-competitive world.

Second, at the secondary school level, students’ passions should be enabled and their interests developed. While not all schools offer the same resources and opportunities, there is potential to tap on the future Smart Nation platform to maximise assets and reduce information asymmetry, as the national effort harnesses the power of networks, data and info-communication technologies to improve living standards in Singapore. Applied to the field of education, the networks of geographical school clusters can be improved to facilitate sharing of resources. For instance, students from a school that specialises in the Arts and Humanities can take up other subjects they may be interested in, like coding or entrepreneurship, in another school nearby.

Third, students at the tertiary level can then be empowered with better opportunities to apply the soft skills acquired at the earlier stages of education. This is something that Polytechnics do well — their diploma programmes require students to spend time on industrial attachments to expose them to the real world early on. Other institutions can take a cue from them.

For Junior College and Millennia Institute students, the scope of the A-Level Project Work subject can be redefined to give students more grounded focus on the potential application of their ideas to real-world problems, such as through partnering with Multinational Corporations or Small and Medium Enterprises to solve real industry problems. Students from the Institute of Technical Education (ITE) can also be given more options when choosing life-skill courses to attend.

Our SkillsFuture scheme’s tendency to favour hard skills is not for naught, with economic disruption becoming increasingly prevalent and workers needing to upgrade their existing skillsets. However, in a recent report by the Singapore Management University and financial services group J.P. Morgan, the scheme itself was critiqued for focusing too much on technical skills at the expense of soft skills, which are necessary to navigate the VUCA environment. Also, employers do value soft skills — the same report found that there has been insufficient emphasis on the teaching of soft skills in Singapore’s workforce, which also has implications on Singapore’s overall productivity.

There will definitely be inertia in implementing these changes. Some might say: “If it is not broken, don’t fix it.” Singapore’s education system is highly ranked in the world, with the ITE being a model for vocational training internationally and our secondary school students being ranked first in Science, Reading and Mathematics in the PISA tests by the Organisation for Economic Co-operation and Development. Nonetheless, as a contrary saying goes: “If you do what you have always done, you will always get what you have always got.” To address our productivity challenge, we should do something different now. Our belief is that with the right soft skills, including stress management, diversity management and the ability to communicate well, individuals can be more productive in the workforce.

Suhaimi Zainal Shah holds a BSc in Mathematics and Economics from the Nanyang Technological University and is currently pursuing a Postgraduate Diploma in Education at the National Institute of Education.