[The Angle] The shaping up of the 4G leadership 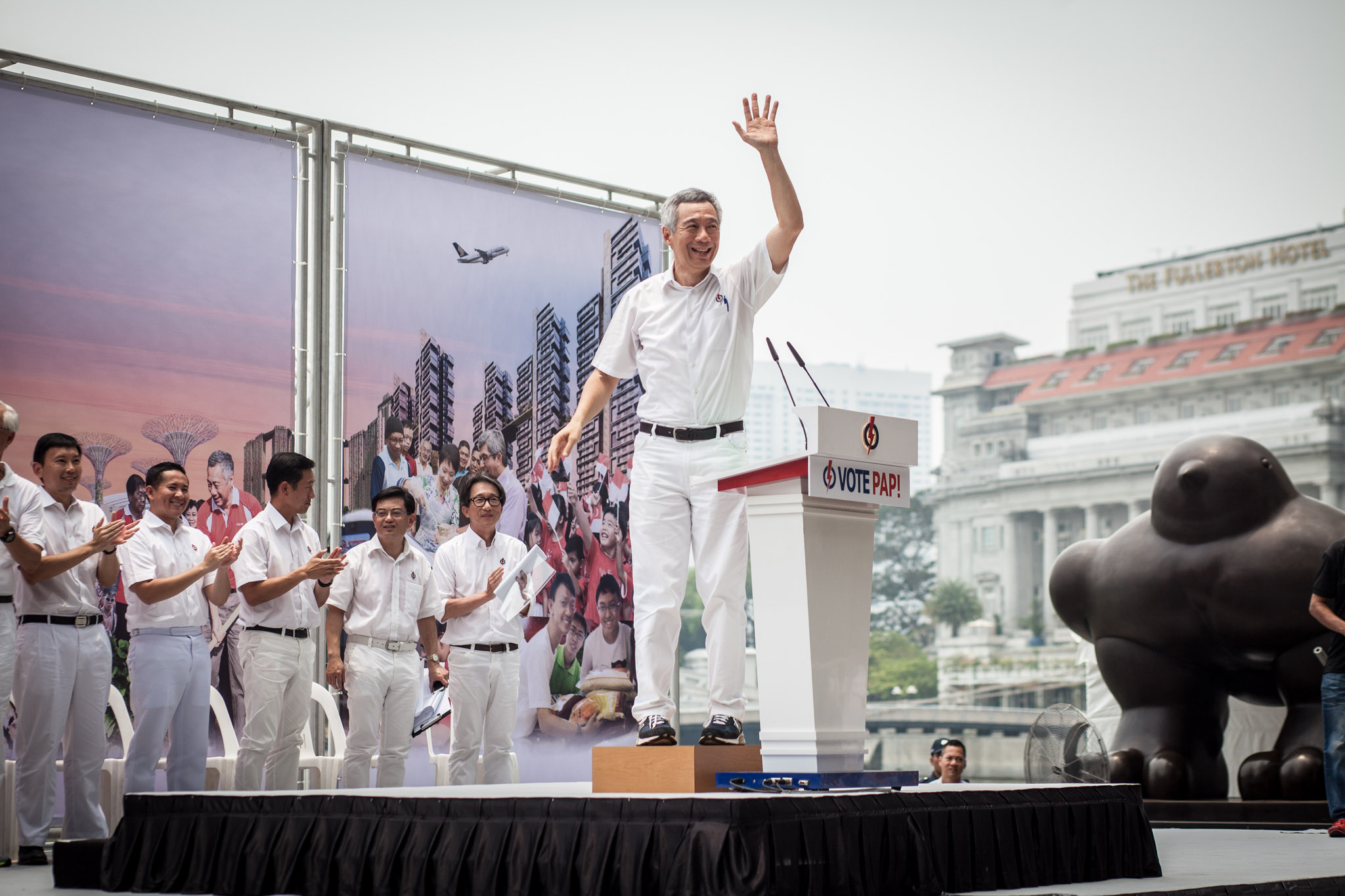 At the Post-General Election Press Conference, Secretary General of the People’s Action Party and Prime Minister, Lee Hsien Loong has said that the issue of leadership renewal for Singapore is urgent and the pace of succession will be quickened.

An interesting benchmark would be to see what happened post-GE2001. Then-PM Goh Chok Tong had said that it was his last campaign at the helm.  He brought in the “Super Seven” – seven individuals who were promoted to Senior Ministers of State and Ministers of State immediately after the 2001 polls. They were Tharman Shanmuguratnam (now Deputy Prime Minister and Finance Minister), Dr Vivian Balakrishnan (Environment and Water Resources Minister), Dr Ng Eng Hen (Defence Minister) and Khaw Boon Wan (National Development Minister). Cedric Foo spent three years in government before returning to the private sector in 2005 and has remained a Member of Parliament since then. Raymond Lim left the government in 2011 after holding a ministerial post and did not stand for re-election in 2015. Dr Balaji Sadasivan passed away in 2010 while serving as a Senior Minister of State.

The “Super Seven” formed the bulk of the third-generation leaders. In August 2004, Lee Hsien Loong was appointed Prime Minister. He had spent two decades as Deputy Prime Minister, in contrast to the meteoric rise of members of the “Super Seven” team, who became Acting and then full Ministers in a matter of years.

At PM Lee’s UOB Plaza Rally speech on 8 September, he had said that with GE2011, he built up a nucleus of the fourth generation of leaders for Singapore and that if voters elected his candidates, he will then have the following people to add to that group immediately – Ng Chee Meng, Chee Hong Tat, Ong Ye Kung and possibly, Amrin Amin.

With GE2015 over, we can expect that at least half of those named above will be placed as Acting Ministers, and the others as junior ministers. Those of Lim Hng Kiang, Lim Swee Say and Dr Yaacob Ibrahim’s vintage may stand down to make way in due course.

As three of the four MPs-elect marked for higher office are already seasoned in public service, what they must add to their skill set is the ability to connect and understand a broader set of stakeholder groups; to prove that they have a grasp of the different perspectives especially that of the man-in-the-street about public policy, and do the difficult job of tacking the different perspectives together to develop coherent policy rationale and programmes.

Many large initiatives have been announced and Ministers in those areas like Education and Healthcare will not find themselves in the policy-development phases but in implementation.  So, they have to be detail-oriented and well-connected to the groups that will operationalise the initiatives as well as to the presumed beneficiaries of the policies. The feedback can in turn help with the fine-tuning of the initiatives to ensure the policies have the intended effect.

In addition, they will have to tend the ground in the sense that residents in their constituencies will continue to press for their personal matters to be solved; local grassroots leaders will press for their community and estates’ interests to be addressed.

If there is to be any handover within this term, the candidates to succeed Mr Lee will move into the Deputy Prime Minster position.  Why?  It is likely that with a more critical populace, potential candidates will have to be tested.  The PAP team would not want to just take a chance about this. The people in government and civil service, the parts of the public that matter, and very crucially, the regional and international audience must feel that they have confidence in the leadership of these potential successors. Those candidates for the top position of Prime Minister must be relatable and inspire confidence not just with Singaporeans but the international arena, be it in the marketplace or on various geopolitical platforms. They will therefore, eventually need portfolios that will give them those international connections.

It may take the full five years for this transition if not more. The right posts, the right exposure will be needed. Of course, we should never discount the possibility that there could be candidate who literally slips into that role so perfectly that the choice becomes obvious.

It will also be important what the different communities say.  A hot topic today is whether Singapore is ready for a non-Chinese Prime Minister.  This is a question that cannot be answered without a strong response from the Chinese community and I suppose members of that community will in turn say, it will depend on who exactly such a non-Chinese candidate might be.