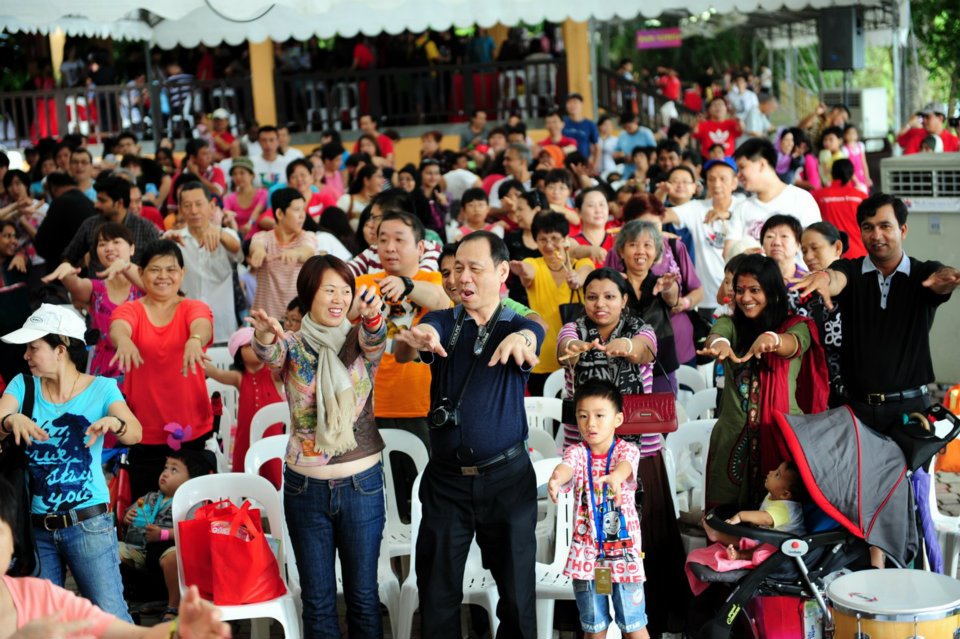 I remember my father driving my grandfather to the Foochow huayguan (clan association) as well as the Zhang clan premises frequently to attend social activities when I was about six years old. When my grandfather died, we no longer made those trips. I once asked Dad why we stopped. He replied that he did not see a need to, since he has his own family and was not familiar with the members of the huayguan and Zhang clan.

My father’s opinion is typical of most second-generation Chinese who are born and bred in Singapore; they see no need in attending social activities conducted by huayguans. However, for new immigrants who are unfamiliar with Singapore, such associations act as a crucial bridge between them and the rest of Singapore society.

These associations organise a range of activities to cater to the varied needs of new immigrants. A majority of these activities are social activities that provide their members with opportunities to interact with and build friendships with members of other associations. This is useful for new immigrants who might not have an existing network of social support here in Singapore. Some associations go a step further and invite Singaporeans of different ethnicities to their events so that members can be exposed to multiculturalism in Singapore. For instance, Tianfu Association invited an Indian Singaporean to teach its members how to wear a sari. The Association also participated in a design competition for Rangoli, an Indian art form where patterns are created on the floor with materials like coloured rice. Members of these associations also had a chance to represent their associations in celebrating nation-wide events such as the Chingay Parade. During such events, they celebrated and interacted with locals as well as members of other immigrant associations, forging a sense of togetherness and solidarity.

Helping new migrants acquire a deeper understanding of Singaporean society and local culture fosters immigrant integration. To assist their members in understanding the customs and laws in Singapore, some associations have conducted a series of talks. This goes a long way in preventing tension arising from misunderstandings between locals and immigrants. Immigrant associations also encourage new immigrants to volunteer with local social service providers. When members contribute to the social landscape and lend a helping hand to local vulnerable groups, they better understand the social issues in Singapore. For instance, volunteers from the Kowloon Club prepared meals for patients at the National University Hospital and spent time befriending them and engaging them in conversation. Other associations also introduced local cuisine to new immigrants through their activities. Tianfu Association, for instance, organised a Durian Festival, providing their members with the opportunity to try the exotic “king of fruits”.

The social identities of new immigrants are complex; they identify with their countries of origin but would also like to integrate into their new country. As such, immigrant associations play a unique role. On one hand, they facilitate immigrant integration through exposing their members to multiculturalism and Singaporean norms and values. On the other hand, they provide a sense of familiarity and space for immigrants to celebrate traditional festivals and communicate in their native languages. For instance, members of the Tianjin Association took part in a Mid-Autumn Festival celebration event organised by the Singapore Amoy Association. This event allowed members to both celebrate a traditional Chinese festival together and interact with the local Chinese community.

Immigrant associations serve a further function; members, having a certain level of understanding of both their countries of origin and Singapore, act as an important conduit of information or facilitator of relations between dignitaries from both countries. Since its establishment, the Hua Yuan Association has hosted numerous government dignitaries from many regions including Zhejiang, Jiangxi, Chongqing, Xiamen and Nanchang.

Encouraging the participation of locals in immigrant integration

An example of such a public space is the Grassroots Book Room, where talks and other cultural activities are often held. Members of migrant associations can leverage on this platform to engage locals who are interested in Chinese literature and forge connections over common interests in Chinese books and writings. The Grassroots Book Room is located in the vicinity of several historic Chinese associations where many Singaporeans hold events. The activities in the locale provide the space and opportunity for new immigrants and locals to interact.

Community Centres are also places where locals often go to attend classes or participate in leisure activities. Immigrant associations can consider holding classes related to Chinese culture (e.g., Chinese calligraphy, etc.), which would provide locals of different races with an opportunity to attend such classes and interact with new immigrants. They can also organise social activities at places like the Chinese Heritage Centre located within the Nanyang Technological University, as well as the recently-built China Cultural Centre.

New immigrant associations can also serve as an important resource to those interested in venturing into East Asian markets like China, Taiwan and Hong Kong. They can potentially provide information about the economic and business landscape of the various regions or cooperate with organisations like Business China and SPRING Singapore to help interested individuals identify culture-specific business concerns as well as plan business trips. Besides helping those interested in furthering their business, these associations can extend help to prospective students applying for studies in Greater China.

While the embassies and representative offices already provide some information, immigrant associations can utilise their non-official stance to offer support in other ways, such as to inform prospective students about what society at large thinks about a certain course or university in their region of origin, or to provide tips like how to go about renting student accommodation. Establishing websites that provide such housing information and other local living tips could be a good start. This can not only help change the impression that locals often have of immigrant associations — that they are often insular and only concerned with catering to the needs of their members — but also provide an additional opportunity for locals and new immigrants to interact.

The integration of new immigrants is a nation-wide issue, and hence would require a nation-wide strategy. Besides having sound and reasonable immigration policies, we need to both encourage locals to participate in activities that can help the integration of new immigrants as well as lend support and give recognition to the efforts of immigrant associations. We must take a multi-pronged approach to successfully forge a socially cohesive society, where locals and new migrants can co-exist meaningfully.

Zhang Jiayi is a Research Assistant at the Institute of Policy Studies, Lee Kuan Yew School of Public Policy, National University of Singapore.

This article first appeared in Lianhe Zaobao on 25 April 2016 and may be viewed here. It was translated from Chinese to English by Wong Fung Shing, Research Assistant at IPS.

Top photo from The People’s Association.