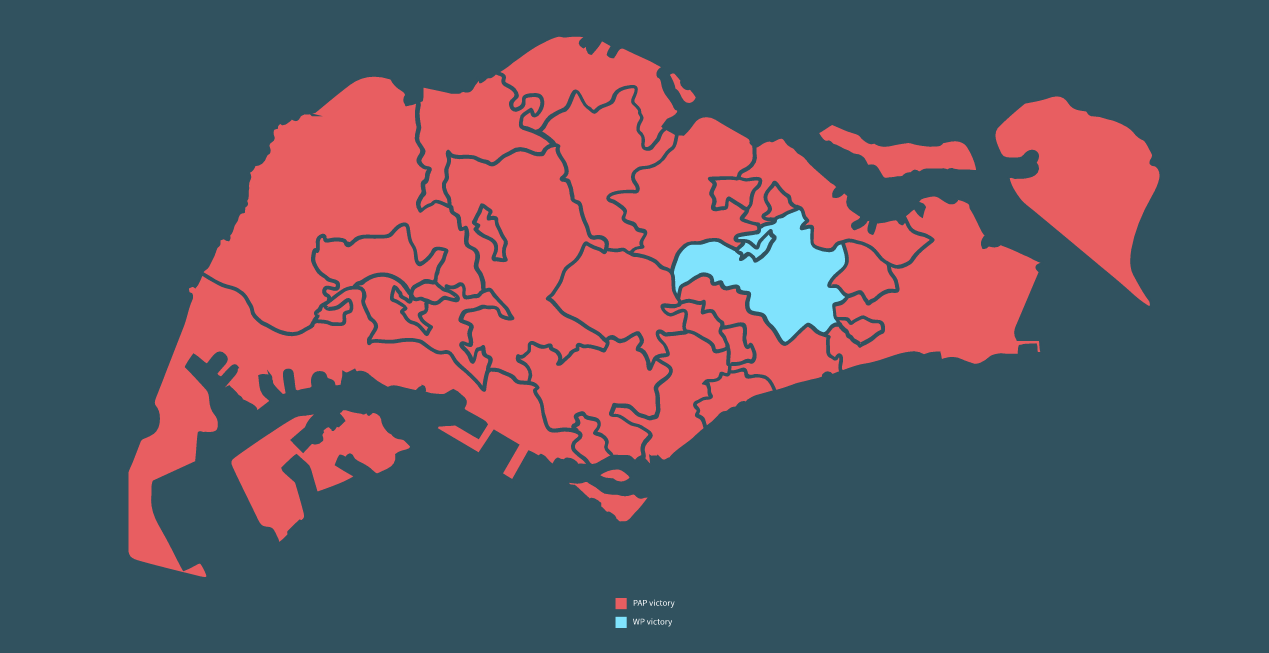 On Cooling Off Day, a good friend invited me to lunch with a group of eminent Singaporeans. I decided to use them as a focus group. I asked them to predict whether the People’s Action Party’s (PAP) popular vote would go up or down. The majority said it would go down. I asked them whether the PAP would lose any more seats to the opposition. The majority predicted that the PAP would lose one Group Representative Constituency (GRC) and one Single Member Constituency (SMC). Like the pundits and the bookies, my friends at lunch were wrong in their prognosis. The following are ten of my reflections on the PAP’s surprising and extraordinary victory.

First, 2015 is not an ordinary year. It is our golden jubilee year. Singaporeans from all walks of life and of different political persuasions, are very proud of what we have achieved in the past 50 years.

The SG50’s Steering Committee has adopted a low-key, bottom-up and people-centric approach to the year-long celebrations. The positive mood was boosted by the excellent performance of our athletes at the SEA Games and by the conferment of World Heritage status on our beloved Botanic Gardens by UNESCO.

Anyone who attended the National Day Parade would have been inspired by the pride, patriotism and unity of the occasion. I am sure that SG50 had increased the popularity of the PAP at the polls.

Second, I think that the Lee Kuan Yew factor played a part in the electoral success of the PAP. Mr Lee’s passing had triggered a spontaneous outpouring of love and respect for him by Singaporeans. The people of Singapore acknowledged that the success of Singapore was due, in large part, to the vision, courage and determination of Mr Lee and the other founding fathers. I am sure that some of the goodwill for Mr Lee was transferred to the political party which he founded and led. The combination of the first and second factors made 2015 an exceptionally good year for the PAP. Tactically, the Prime Minister was right to hold the election this year instead of next year.

Fear of a Freak Election

Third, the opposition made a big mistake by contesting all 89 seats of Parliament. Although many of the candidates, from parties other than the Workers’ Party (WP) and the Singapore Democratic Party (SDP), had no prospect of winning their elections, the fact that all seats were contested made it possible for the PAP to warn against a freak election. The bottom line is that while the electorate wants a credible, constructive and responsible opposition in Parliament, it also wants the PAP to continue to form the government. If the opposition had been wiser, it would have refrained from contesting 45 of the 89 seats so that on Nomination Day, the PAP would have won enough seats to form the government. In such a scenario, the electorate would have been more at ease in voting for good opposition candidates.

Fourth, since 2011, the government has done several very significant things to win the hearts and minds of the senior citizens. The Pioneer General Package, Medishield Life and the Silver Support Scheme have been very well received. The belated recognition of the pioneers and their contributions to Singapore has touched the hearts of many older Singaporeans. My hypothesis is that the majority of the half a million voters, over the age of 65, would have voted for the PAP.

Fifth, the PAP has brought relief to three of the pain points which emerged in the 2011 General Elections. These are housing, immigration and transport. National Development Minister Khaw Boon Wan has increased the supply of public housing and cooled the over-heated property market.

The government has reduced the intake of foreign workers. Transport Minister Lui Tuck Yew  worked very hard on both the bus system and the MRT system. He has brought relief to the bus system. The problem of the frequent breakdown of our train system has, however, not yet been solved in spite of his best efforts.

On the three pain points, the PAP has brought relief to two and a half of them. The electorate, which is fair-minded, has therefore decided to reward the PAP for having listened to their concerns and responded to them.

The Challenge of Inequality

Sixth, the PAP has also responded to the growing concern about inequality in Singapore. It has introduced Workfare and Progressive Wage. It has opened two schools for students who have failed their PSLE. It has upgraded the quality of technical and vocational education offered by our Institutes of Technical Education. It has introduced a new educational initiative called SkillsFuture based on the successful apprenticeship system of Germany and Switzerland. It has expanded its support for early education.

It has reassured the public that social mobility is well and stronger in Singapore than in Europe and America. Therefore, although Singapore continues to be a very unequal society and life is hard for the bottom 30 percent of our population, the government was given credit by the electorate for the many initiatives it has taken to address the problem.

Credibility of the Workers’ Party

Seventh, the ascendance of the Workers’ Party was seriously affected by the PAP’s allegation that it had mismanaged the Aljunied-Hougang-Punggol East Town Council and that it had exposed an integrity issue.

Although the Workers’ Party had rebutted the PAP’s allegation and had, in turn, accused the PAP of bullying and of using the town council system to impede the progress of the opposition, the exchange left some voters in doubt about the competence and integrity of the Workers’ Party. This factor could have explained the loss of Punggol East, the drop in the support for the Workers’ Party in Hougang and Aljunied GRC and its failure to capture East Coast GRC and Fengshan SMC.

Going forward, it is important for the Workers’ Party to clear its name and to restore the electorate’s faith in its competence and integrity.

Eighth, the PAP did a better job managing the 2015 electoral campaign than in 2011. PAP organising secretary Ng Eng Hen proved to be a capable campaign manager. Although the PAP was out-gunned by the opposition in the staging of rallies, it devoted more manpower and resources to door-to-door campaigning and retail diplomacy. The party also decided to capitalise on the popularity of the Prime Minister by putting up his poster in every constituency. It was like a referendum on him and could have backfired. Fortunately for the PAP, the strategy seemed to have paid of.

Ninth, the sentiments of the electorate have always been affected by the external environment. The 2001 GE is a case in point. Following the terrorist attack on America, the electorate rallied to the PAP which has a good track record of keeping peace at home and a strong defence against any external threat. In that election, the PAP’s popular vote was 75.3 percent. In this election, the PAP’s narrative about the terrorist threat from ISIS and the uncertain global economy worked to its advantage.

Tenth, I am glad that the PAP leader whose team scored the highest popular vote of 79 percent was the Deputy Prime Minister and Finance Minister Tharman Shanmugaratnam. He was always calm and measured. He never uttered an insult or a threat. Instead, he would explain the PAP’s policies and rebut the alternatives put forward by the opposition in a clear and rational way. He is intellectually brilliant but came across as humble and open-minded. I hope other politicians would seek to emulate him.

Professor Tommy Koh is Special Adviser at IPS. This piece appeared in The Straits Times on 17 September 2015