Speaking of the End 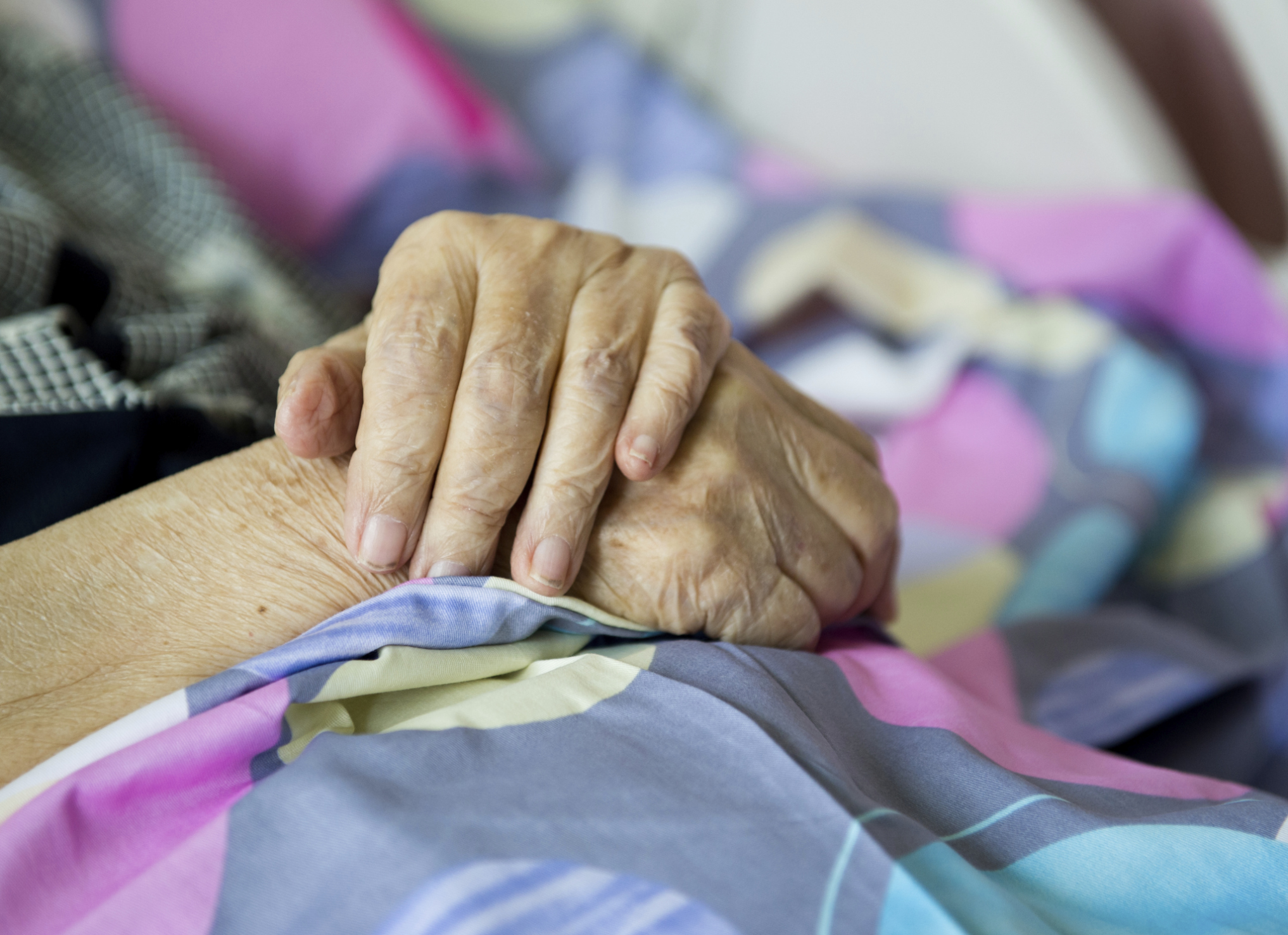 By Loh Soon How and Yvonne Arivalagan

The current focus on “active ageing” in Singapore aims to get Singaporeans to proactively shape how the later stages of their lives should pan out. This ranges from ensuring retirement adequacy, to economic participation, to pursuing hobbies or volunteering in the community.

Active ageing thus calls for individuals to live actively throughout life and make decisions at various stages that will allow them, as much as possible, to be in control of their own lives. However, Singaporeans tend to defer or relinquish control of decision-making when it comes to end-of-life issues, unless a life-threatening medical condition forces a discussion.

This is largely due to cultural taboos and superstitions, but also because family members may fear that involving the individual in such discussions will diminish their hope and quality of life, especially if they are ill. Thus, there seems to be a gap between what individuals want and experience in their last days. While the Lien Foundation’s Death Attitudes Survey in 2014 reported that 77% of over 1,000 Singaporeans surveyed indicated their desire to die at home, the Registry of Births and Deaths showed that only 27% of Singaporeans passed away at home last year.

The problem with not talking about death

Our cultural reticence in discussing end-of-life issues could become increasingly problematic. What if the individual is plunged into an emergency situation where there is no family to be the proxy decision-maker? There are already signs that this is not going to be uncommon in Singapore.

According to the 2010 census, about 5% of Singaporeans aged 65 and above are never married. This proportion is likely to increase in the future with the rising trend of singlehood, particularly amongst Singaporeans in their 30s. A growing number of single elderly persons will probably not have family who understand them well enough to make decisions about their end-of-life care in a manner the elderly individual would prefer.

Meanwhile, the proportion of married Singaporeans who are childless has increased from 14% and 6.4% in 2000 for those aged 30–39 years and 40–49 years, respectively, to 20% and 9.3% in 2010. This has contributed to a rise in the number of households comprising only senior couples. As women have a higher life expectancy than men and are far more likely to be widowed, many elderly women may live out their old age without family. By deferring the planning of the final phase in life, one may inadvertently be robbed of the opportunity to plan with no loved ones to convey wishes or act as surrogate decision-makers.

Loneliness at advanced ages or when an individual is faced with terminal illness may also trigger clinical depression and hasten the wish to die. A study conducted in Singapore found that elderly persons who were lonely exhibited a greater number of depressive symptoms than those who were not, especially if they were living alone. A similar study conducted in the United States found that patients with clinical depression were four times more likely to desire a hastened death than those who were not depressed. If more Singaporeans are set to experience old age alone or with fewer family members than is the case today, depressive symptoms associated with loneliness may become more prevalent among the elderly in the future. Starting an end-of-life conversation when a patient has little or no will to live may prove futile.

Just as an individual has control over decisions during adult life, one should also actively take part in planning his or her end-of-life care. After all, being able to influence the conditions of care one would like to receive ought to be part of a meaningful life. Moreover, an end-of-life discussion need not, and should not, be regarded purely as an arrangement for old age. Chronic illness, disabilities and accidents can occur regardless of age.

Planning for the end

In view of this, the Advance Care Planning (ACP) programme, introduced in 2011 under the Agency for Integrated Care (AIC) as its coordinating body, serves as a framework to facilitate discussions on future healthcare plans between patients, their family members and healthcare professionals. It involves sharing one’s personal beliefs and goals with loved ones and healthcare providers, as well as how these beliefs and goals may influence the individual’s healthcare preferences in tough medical situations. So far, the AIC has trained over 1,400 ACP facilitators and organised awareness talks for healthcare staff in hospitals, nursing homes, hospices and dialysis centres.

ACP also covers the Advanced Medical Directive (AMD), which was introduced in Singapore in 1996. Any mentally competent individual aged at least 21 years can sign an AMD to indicate that in the event he or she is ill beyond recovery and unconscious and where death is imminent, no extraordinary means of treatment should be used to extend his or her life. The AMD has to be signed in the presence of two witnesses, one of who must be the individual’s doctor. Furthermore, only the person who made an AMD can revoke it.

The Lasting Power of Attorney (LPA) also provides an avenue to addressing one’s end-of-life care. It allows an individual (donor) to appoint one or more persons trusted to make decisions on his or her behalf in the event he or she loses the mental ability to make decisions. However, the LPA only empowers the appointed person (donee) to make decisions and the donee, in the face of difficult decisions, may realise that he or she does not have adequate knowledge of the donor’s preferences despite close relations. This can cause a great amount of stress for the donee and may result in a decision not favoured by the donor. Nevertheless, having an LPA can avoid conflicts arising from different caregivers’ clashing opinions that can negatively impact the welfare of the care recipient.

Singaporeans will only find the ACP useful if they are willing to have uncomfortable conversations about end-of-life issues. Society can help by dispelling taboos around such conversations. One way is for families to openly discuss end-of-life issues as fact, and in doing so, expand these conversations so that they do not just cover care and death preferences but the choices that individuals make in the different stages of their life. For instance, financial planning for retirement. As of now, Singaporeans can withdraw their Central Provident Fund (CPF) savings at the age of 55. Regardless of whether or not one wishes or has sufficient funds to withdraw from their CPF, the government could initiate a holistic lifelong planning conversation for the individual and his or her loved ones with a healthcare professional, an ACP facilitator and a financial consultant at this junction.

This conversation can even be facilitated earlier, as the 2014 Death Attitudes Survey found that end-of-life discussions were found to be more desired by Singaporeans aged 50 to 59 years. It also provides the individual and loved ones sufficient time to better understand his or her future needs and preferences and may help one to make a more informed decision on CPF withdrawal. Continuation of the conversation could then be done either informally or with a lifelong planning conversation group, allowing one to shape and have control over his or her end-of-life decisions which can range from care planning to “do not resuscitate” orders and even preferred funeral arrangements.

Younger family members should be involved. An elderly woman speaking with a lifelong planning conversation group alongside her adult son would help highlight to the latter the importance and benefits of having such a discussion. The option to consider the dimensions of the child’s ACP could then be laid out, as a way to compel an earlier starting point to the discussion. Having the older generation start off this conversation is an excellent exposure for the younger generation and could gradually affect a positive change in mindset towards the topic of death.

Introducing an end-of-life conversation as part of a holistic lifelong planning conversation is a start to cultivating the willingness and openness to discuss end-of-life issues. Other than reducing stress on both family members and healthcare professionals alike, it can lead to a higher quality of living and dying for the individual while preserving one’s autonomy. The process should be aimed at empowering the individual, dismantling the taboos surrounding death and approaching end-of-life considerations confidently and well prepared. The sharing of values and preferences can also help strengthen the bonds and understanding between loved ones and perhaps sharpen policymaking for healthcare and social well-being. Those without family and close friends, or those who choose to embark on this discussion with just the lifelong planning conversation group, still can exercise control over their future. After all, death is an inevitable part of the life cycle and need not be feared.

Loh Soon How and Yvonne Arivalagan are both Research Assistants at the Institute of Policy Studies, focusing on research on issues of demography and family