Singapore Airlines’ Relevance is More than An Economic Question 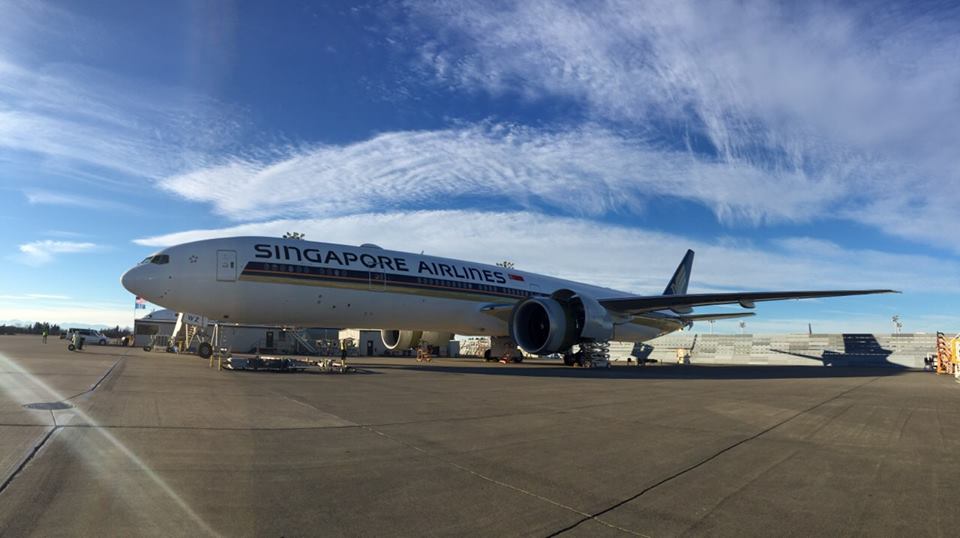 By Paveena Seah and Petrina Chew

Singapore Airlines (SIA) recently announced a surprising fourth-quarter net loss, and pledged to review and transform its business. Much of the discussion following the news has centred on what SIA must do to reclaim its market share in a climate of increasing competition, and global political and economic volatility.

If SIA’s current financial woes continue, more people may question whether Singapore needs a national airline. SIA’s position may be tenuous, precisely because unlike other national carriers, it doesn’t enjoy the benefit of a market for domestic flights. And it has experienced fierce competition from the likes of Emirates and Qatar Airways, both of which have home airports offering a geographically more convenient stop between Asia and Europe or the Americas, as well as newly expanding regional airlines based in China.

But our view is that the relevance of SIA is more than an economic question.

Important to Singaporeans and Future Generations

Consistently placed among the best airlines in the world each year, SIA has no doubt been a great success story, with many stakeholders who feel heavily invested in its future. Apart from its 12,000 employees in Singapore, the airline’s shareholders, business partners and regular customers are understandably anxious about SIA’s prospects.

This might also be the case for many more Singaporeans who may or may not use the airline frequently. The Institute of Policy Studies’ (IPS) survey of perceptions of Singapore’s history released in 2015 found that half of the 1,516 Singaporeans surveyed were aware that the airline was established in 1972. Asked to rank the importance of SIA’s formation on a scale of 1 to 5, with 5 being “very important”, more than half expressed in their answers that this was a key milestone, with 770 respondents giving an average score of 3.8 for the event’s importance to them and 4.0 for its importance to future generations of Singaporeans.

The survey basically places the formation of SIA among one of the more important events in Singapore’s history, as perceived by Singaporeans. This may be because historically, people have seen their national carrier as a symbol that represents their nation and this sentiment extends to Singapore and Singaporeans.

In this context, SIA is an important emblem, like the Singapore flag and national anthem, and plays a critical role in creating our sense of national identity, post-independence.

There is rich symbolism behind this emotion because of the strong association with the Singapore story. With the airline’s development mirroring Singapore’s nation-building journey from third world to first, Singaporeans take pride in the success of SIA as it speaks well of Singapore as a whole.

Likewise, Singaporeans are particularly concerned when serious accidents happen to SIA. Further analyses of the IPS survey found that Singaporeans perceived the SQ006 Taipei crash and the hijack of SQ117 as disasters that tested our national resilience and ability to overcome tumultuous challenges as one people, one nation. Even if we were to discount the SIA factor as a reason why Singaporeans feel so strongly about these events, the fact is that at these historical milestones, SIA was there.

The airline is also part of the Singapore individual and collective memory. Since its launch in 2011, the Singapore Memory Project has invited Singaporeans to share their memories. Interestingly, many older Singaporeans reminisced about SIA flight attendants gracing national events such as the National Day parades and the Singapore Tourism Board’s Merlion Week in their signature sarong kebaya uniform in the 1980s to great fanfare.

National Symbol to the World

Besides its social and cultural value to Singaporeans, SIA is also a national symbol of sovereignty. With its midnight blue and rich yellow livery and stylised “bird” logo on the tail fin, the carrier can be easily identified in major airports globally. While many foreigners may not have visited Singapore, the iconic SIA brand colours and logo seen in the media or in airports overseas contribute to the increased awareness of our city-state and projects an image of professionalism, high standards and warmth.

With destinations as north as Stockholm and as south as Christchurch, the airline further reflects Singapore’s ambition to be connected internationally.

Alongside the Merlion and Marina Bay Sands, the Singapore Girl serving SIA customers on board aircraft, has become one of Singapore’s most internationally recognisable images. She has also been immortalised as a waxwork by Madame Tussauds twice, first in 1993 and again in 2015.

SIA also functions as a tourism ambassador. Foreign passengers on board SIA can learn about Singapore’s cuisine through their in-flight meals. In 2015, SIA served Peranakan delicacies to celebrate Singapore’s 50th birthday. Last year, SIA introduced Teochew delights such as steamed pomfret and braised duck with rice, bringing Singapore cuisine to the world.

Innovate and Continue to be a Positive Singapore Icon

For those who might say that we are romanticising a Singapore institution that has passed its days of glory and should take a hard-nosed look at its business performance, perhaps it is useful to remind ourselves of SIA’s history of having overcome past economic challenges. In 2003, SIA experienced record losses due to the Severe Acute Respiratory System (SARS) outbreak, which led to falling demand. Retrenchment and pay cuts ensued.

To combat declining profits and increasing competition from both the Gulf carriers and Asian low-cost carriers, cost-cutting measures were introduced since 2013. At the same time, the airline strengthened its foothold in the budget airline segment with Scoot, and expanded its regional network.

Given the intense competition in the airline industry today, what more can SIA do now? How should it innovate to continue to be a positive icon of Singapore internationally? We remain hopeful that SIA can weather this storm and continue to do Singapore proud.

Like ourselves, Singaporeans, frequent fliers or otherwise, will be looking forward to hearing SIA’s business transformation plans beyond its re-integration of SIA Cargo.

Without a doubt, Singaporeans hope that SIA continues to be a source of national pride, comfort and joy, whenever we see the familiar blue and yellow stripes fly in from a distance.

Paveena Seah is a Senior Research Analyst at the IPS Social Lab. Petrina Chew is a Research Assistant in the Economics and Business research cluster at IPS.