Racism Saga: Are S’poreans Prepared to Grow From Ah Boys to Men? 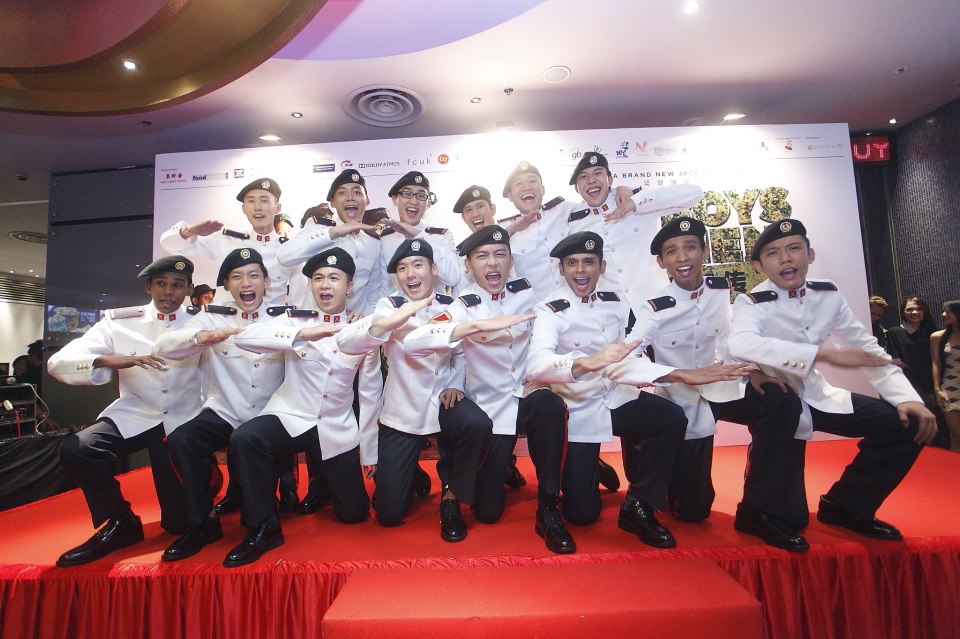 We live in a multiracial setting in Singapore. There are many days when we celebrate it, but there are also days when we are reminded of how challenging it can be.

Different groups and their practices bump into each other in the heartland, at work and through art. When conflict arises, we can resort to taking or giving offence, or turn these incidents into opportunities to deepen understanding and strengthen cohesion. Hopefully, we can then come to a more sensitive yet robust multiracial sensibility that we can live in, learn and own, rather than rely on a script from some “higher authority” that we echo.

The Ah Boys To Men 4 Audition Saga is one such occasion that arose spontaneously and we should now grasp the opportunity to learn and grow with both hands.

Freelance actor Shrey Bhargava auditioned for a role as a soldier in the fourth instalment of the popular local movie franchise. He was asked to put on a thick Indian accent, play “a full-blown Indian man” and make it funny during the second time he was asked to play a scene. He complied but later took to Facebook to describe his unease over the audition. He raised issues of “casual racism” and while he clarified later that he may have put on such accents in his past work, he raised two deeper questions: whether the only role for a minority (after all, this is a successful Singaporean cultural product) is a racial stereotype and whether to feed that by presenting it as entertainment.

To be sure, the casting team that held the audition has the right to ask performers to demonstrate their acting chops, and to even claim that the request was no reflection of what might eventually be in the movie if it wishes.

So what are we to make of all this? Perhaps there are three ways to frame an incident such as this.

First, framed as an exercise to create art and entertainment, the request by film producers for an exaggerated portrayal of a particular race for laughs may be granted some licence. Good or bad, to a large extent, the market of viewers and critics will judge.

Freelance actor Shrey Bhargava said he was asked to put on a thick Indian accent at the Ah Boys To Men 4 audition. He complied but later described his unease over the audition on Facebook.

Second, framed as social commentary, given that the Ah Boys To Men movie franchise is about the Singaporean way of life, we have to consider how one aspect of our society – the Indian community – would respond to it.

While it is likely that there will be diverse opinions on this, even within that community, the actor has the right to articulate his discomfort at the gross stereotyping that was suggested by the request made of him.

Given our frequent claim to want to improve our cross-cultural understanding, to learn to honour and respect people of different communities in our multiracial nation, we should welcome this moment to reflect on what gives offence. What are we all right making jokes and laughing together about, and what are we not?

We should not just operate on assumptions or, worse, worry about getting things wrong and then shrinking into our own familiar social network to avoid misunderstandings, as either of these two actions will diminish the quality of our interactions across racial, religious and other social groups.

Third, framed as a question of how a democratic citizenry operates, we must prove to ourselves that we can manage difficult conversations in ways that strengthen our bond as a society and polity, not break it.

In this case, Mr Bhargava did not bring out the best in us. Many netizens’ responses, especially those from the majority Chinese race, were vitriolic towards him for “playing the racism card” – in essence, throwing his complaint back at him as a wily defence. Mr Bhargava would be justified in feeling victimised all over again. The situation was so inflamed that it would take very brave souls to appeal for a calm and civil discourse about the issue, as is often the problem with these online wars.

If we could replay this, could we do so in a manner that is more constructive and accepting?

Start off by choosing to give the person who raises the difficult issue the benefit of being viewed as someone who means well. Regardless of whether he or she is eloquent or adopts the right nuances and tone, we should choose to seek out what lies at the centre of the complaint and how it affects our common interest as a national community.

In this case, Mr Bhargava is asking if we should “feed racist humour”, perpetuate stereotypes rather than nourish a more realistic multiracial image that can be owned by all – both Chinese and minorities. We should then address this point.

It is also fair to ask why it is a different matter when he makes fun of himself and his community in the same way as a comedian, as has been claimed. He has explained that he hopes the roles for minorities in these plum opportunities should not only be those that come at the expense of their self or collective image.

Next, we have to ask ourselves the questions with broader ramifications: Do we consciously or unconsciously indulge in racist behaviour? Do we make gestures, comment, or act in ways that end up dishonouring or disrespecting someone or a community? Did these actions hurt the recipients, regardless of what our intentions were?

There is one other difficult question: Do artists get more leeway to use humour to provoke self-reflection and social consciousness? How and when should that be permitted? Could it be the film-maker’s strategy to make us laugh so hard at a caricature of a group that we would suddenly stop to wonder why that was the case?

The answers cannot be established, except by citizens and, in this case, the film producers too, going out of their usual groups and probably outside of social media to engage “the other” because that is the only way to know how the communication or action has been received.

Over time, in an atmosphere of calm civility, we can learn how to clarify others’ feelings of hurt, practise the process of disagreeing that does not reinforce that hurt, and arrive at an affirmation of common beliefs and interests. This way, our repertoire of communication that undergirds successful multiracialism can be enhanced.

Finally, we must agree that not every controversy should end with a police report. We can progress as a national community when the organic and spontaneous, but well-meaning, expressions of our concerns can be shared and managed among ourselves. We need to get comfortable engaging and speaking as peers without the need to call on an authority figure to shut down the other side of the argument because to do otherwise breeds dependency.

After all, true cross-cultural understanding and living with our diversity is a matter of the heart, not of legal requirement or sanction. That way, even when the authority is not present, that cross-cultural harmony will be sustained.

Racism is an issue we must deal with. The explosion of online discourse on the Ah Boys To Men saga is a mild, not-so-high-stakes instance that can strengthen, not weaken us.

Given the heightened sense of ethnic nationalism in the world, the raised terror threat level here, and discussions about racial representation in our political and social institutions, we must hope that such incidents contribute to the narrative of inclusion and understanding, not difference and division. We will have to draw on it if extreme challenges to our social cohesion descend on us.

Dr Gillian Koh is deputy director for research at the Institute of Policy Studies at the National University of Singapore.

This piece was first published in The Straits Times on 3 June 2017.