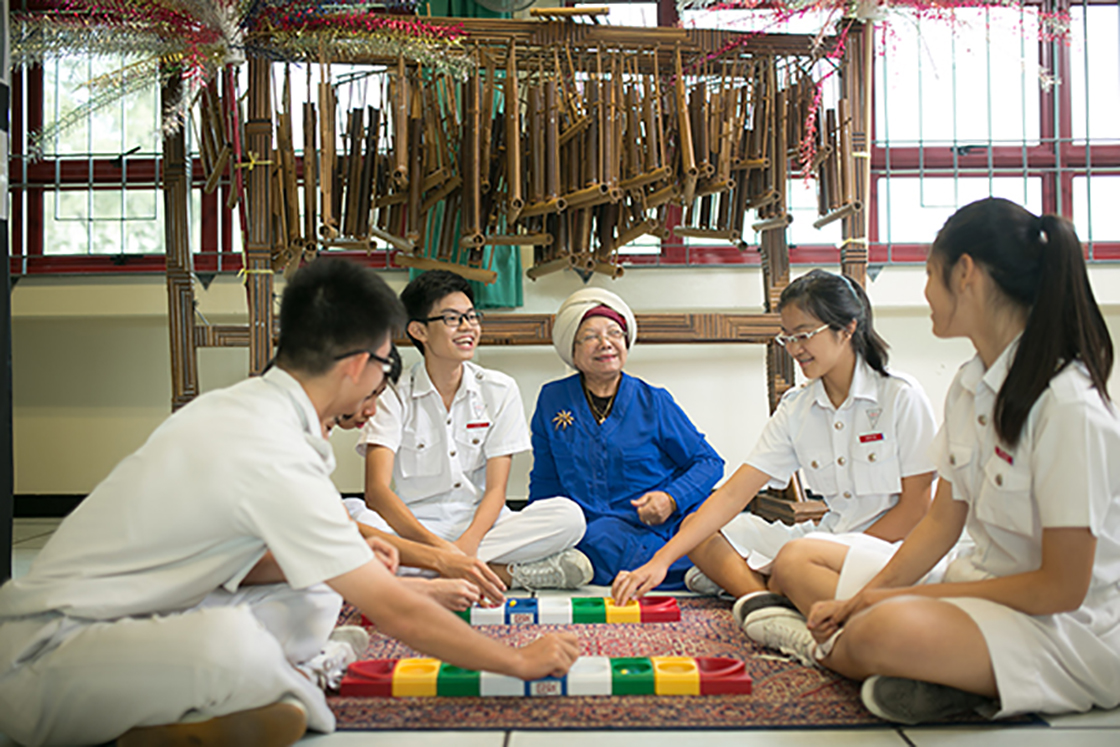 “Being Singaporean has never been a matter of subtraction, but of addition … not of limitation and contraction, but of openness and expansion,” said Prime Minister Lee Hsien Loong at the recent opening of the Singapore Chinese Cultural Centre.

Even as we hold on to our own ethnic identity, we must be receptive to the diverse cultures around us, including them in our identity as Singaporeans.

A meaningful way to achieve this is by encouraging more Singaporeans to acquire a third language, namely, the mother tongue of another racial group in Singapore.

The 2016 race relations survey by Channel NewsAsia and the Institute of Policy Studies revealed that one in three among the minority races had felt racially discriminated against.

Consider last year’s case of employment discrimination at PrimaDeli, reports of rental racism, or corrosive speech against other races online.

To translate multiculturalism into our lived reality, we need a big push to shape the way we perceive “the other’s” identity and culture.

While learning one’s own mother tongue was meant to help one retain one’s cultural identity, learning English was supposed to be both practical and serve as a unifying language for the various races.

English is an efficient vehicle of communication, but falls short at promoting understanding and empathy.

The economic benefits of knowing a third language are obvious.

Singapore lies at the heart of the Malay world and Asean, bracketed by two rising Asian giants — India and China.

An ability to communicate and operate in these rapidly expanding and diverse markets will give Singaporeans an additional edge.

Fluency in English is no longer enough because the global populace is already learning English.

In a world marked by mobile and diverse groups, Singaporeans who can adapt and work with people from different cultural backgrounds will be highly sought after.

More fundamentally, being able to communicate with others in their mother tongue will enable Singaporeans to expand our cultural consciousness beyond our individual ethnic groups.

This can promote acceptance and mitigate racism in a multicultural society, as scholars have observed.

The bilingual policy began in the 1960s, where all students learnt English as a first language with a “mother tongue” — Chinese, Malay or Tamil — as a second language.

Almost four decades later, according to the 2015 General Household Survey, the majority of Singaporeans are bilingual in English and their mother tongue.

While affirming the success of the bilingual policy, this raises another problem, which I term “parochial language proficiency”— being adept in only one mother tongue.

According to the same survey, only 5 per cent of the literate population can speak three or more languages today.

Learning another mother tongue in our schools would serve all students well, including the offspring of new citizens and permanent residents, as this would give them a local context that may not be available at home, and help them integrate into Singapore society.

Our worldview, our boundaries, our thoughts are shaped by the very words we use to paint them.

Having studied Malay as a third language, I still cannot claim to be part of the Malay culture. But what I have come to gain is a bigger window through which I view and understand the Malay culture, and find that familiar twinkle in the makcik’s (auntie’s) eyes as we banter in Malay.

Mr Jaffar Kassim, a graduate from the Nanyang University in Chinese Language and Literature, has observed that both Islam and Confucianism promote good deeds and civic-mindedness.

In a world fraught with threats of terrorism and racism, the importance of cross-cultural and cross-religious understanding cannot be overstated.

It is about “playing relatives”, positioning oneself to appreciate another’s culture and identify similarities.

Of course, language is not the only way to understand a culture.

However, cultural studies have shown that language is the fundamental medium by which we experience a culture.

There are models of multilingualism elsewhere from which we can draw inspiration.

German is introduced for secondary subjects in the first grade, and French is taught in the second grade, and is used to teach history and geography in secondary school.

In Singapore, the Ministry of Education (MOE) recognises the benefits of acquiring a third language among our official languages. However, there are few facilities and programmes to support it.

Already proportionately small, the number of students who progress to take the O-Level examinations dwindle further.

In 2007, MOE introduced Conversational Chinese and Malay as an optional enrichment programme. It was reported “that within five years, all primary schools and two-thirds of secondary schools” would have implemented the programme.

However, last year it was announced that only about 70 per cent of schools offered such classes, missing the target.

I suggest that compulsory Chinese, Malay and Tamil language lessons be offered in primary schools for students to achieve a Primary 3 level of proficiency, and that students be given the option to pursue it at a higher level in secondary school.

But schools are already running on tight schedules, and children are stretched by the demands of multiple subjects.

Some might also say that bilingualism is sufficiently demanding, without adding a third language.

Ideally, the learning of a third language can be woven into the existing curriculum. It need not be taught as an onerous study subject.

Instead, apart from the language, classes can focus on the different aspects of culture, history, and religion learnt through experiential learning — home visits, plays, songs and festivals. It could be a pass/fail subject, but not a graduation requirement.

Racial harmony celebrations in schools need to go beyond the wearing of ethnic costumes. National Education programmes could include Chinese, Malay or Tamil language lessons.

Even beyond schools, third languages could be taught during National Service. Such classes can now be taken with SkillsFuture credits.

Ultimately, it is a personal choice for each Singaporean as to whether they want to take the extra step of communicating more deeply with the other races in Singapore, be it in their mother tongue or in English.

Imagine a day when we can say we put ourselves in someone’s shoes, even if it is only for a little while, to see the world from their perspective.

Perhaps then, we will be one step closer to realising Singapore’s promise as a united and open multicultural society.

Valerie Yeo is a Research Assistant (Special Projects) at the Institute of Policy Studies, National University of Singapore.

This piece first appeared in TODAY on 9 June 2017.