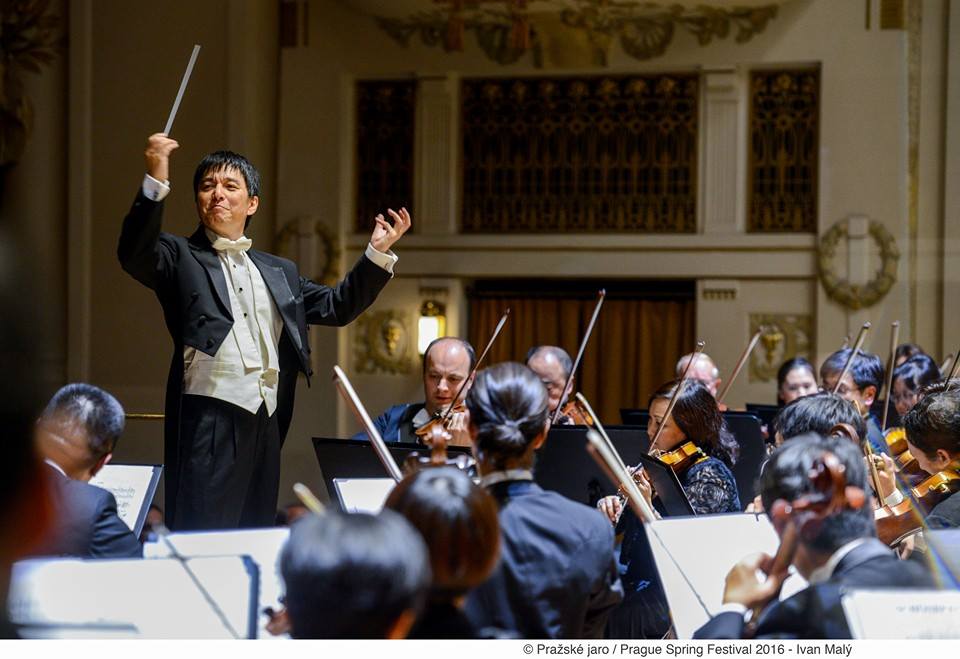 In his book Musicking: The Meanings of Performing and Listening, musician and author Christopher Small wrote:

The act of musicking establishes in the place where it is happening a set of relationships between its participants… Meaning is to be found not only between those organized sounds which are conventionally thought of as the stuff of musical meaning but also between the people who are taking part, in whatever capacity, in the performance.

This quotation is crucial for it points out that composers or performers are not the only ones responsible in generating musical meaning. Everyone involved in the musical experience, regardless of musical literacy and background, has an equally important stake in that symbiotic relationship on which music hinges.

In other words, to speak of a future in music is to examine some of the issues and implications behind these relationships. By extension, it also entails looking towards building people-centeredness as a foundation for the music community of the future.

Nurturing an audience for performers

One of the most important relationships in the realm of music is that of performer and audience. A performer can have an extensive palette of skills and technical facility. Yet, without an audience to share in this musical experience, music-making would be nothing beyond a lonely and self-indulgent activity. Historically, music (particularly that of the Western European tradition), has also been inextricably tied with patronage and funding. Musicians such as Johann Sebastian Bach and Franz Joseph Haydn often found employment in the church or royal courts.

Financial resources are undoubtedly essential to artistic practice but so is encouragement and support from loved ones. This applies particularly to young talents and budding artists. A concert review from August 2013 in The Straits Times by Dr Chang Tou Liang states:

Indeed the future does look bright, especially with the quality of young musicians that is coming through. Yet, if only both parents of those onstage attended this concert, there would still be a sizeable audience to greet this surfeit of young talent.

A people-centred audience demonstrates commitment to provide supportive presence not only at supposed world-class shows, but also student showcases. It seeks to affirm rather than condemn and is willing to provide room for experimentation and discovery so as to unlock the potential in others. Hence, my first aspiration will be to see the growth of the Singapore audience for musical activities — more people attending a variety of performances and concerts, especially those put up by students—starting with their own families.

As much as artists require a people-centred audience, audiences similarly require people-centred artists. For the latter, this means acknowledging ethical implications in music-making. Deaf percussionist Evelyn Glennie mentions in a TED talk that musical listening is not achieved through ears alone, but by feeling as a whole person. This is an intriguing comment, as this extends the concept of listening to include both intellectual processing of sound and the psychological and emotional response accompanying that experience.

It is also particularly relevant for people of the 21st century, when the gradual loss of ability to engage in verbal, face-to-face communication (attributed to rampant use of smartphones and social media) has been increasingly identified as a concern. People often turn to music as an outlet for release and perhaps even look to it as a way of renegotiating their identity and purpose. It is therefore essential for musicians to take responsibility in ensuring that while creations might be provocative in order to encourage reflection on the realities of this world, it should not directly encourage or celebrate defiance or destruction.

For a consumer, it means discernment in music selection. It is crucial to understand that collective choices are just as, if not more important than the will of the artist-performer. In the film High Fidelity, John Cusack’s character notably declares: “People worry about kids playing with guns, or watching violent videos, that some sort of culture of violence will take them over. Nobody worries about kids listening to thousands, literally thousands of songs about heartbreak, rejection, pain, misery and loss.” Far from a passive consumer, the listener is (through continuous purchase, listening and attendance of concerts) an active endorser of the music. Hence, it is not simply about a finger-pointing exercise towards artists bending to populist trends. Rather, a hopeful future in music is where everyone takes shared ownership and exercises constant sensitivity to the messages and values it conveys.

The realm of music education is another platform for generating musical meaning. In this case, musical meaning is established in the interactions and relationship between the teacher and learner. Thus, people-centredness means moving beyond efficient syllabi coverage and engaging with materials of relevance and interest, not just from the educator’s perspective, but also from the learner’s. For instance, pop music could be introduced into the school curriculum. It is after all, the genre that most youngsters identify and engage with.

Apart from being taught the elements of music, youngsters can be encouraged to critically reflect on the meaning of songs they listen to. Through informed analysis and discussion, they can seek to establish why a particular kind of music holds greater appeal than another. I believe infusing popular music into public school curriculum is a radical measure that could increase both interest and willingness to engage in critical reflection. Sir Ken Robinson, an education and arts expert, has notably said: “Every education system on earth has mathematics and languages at the top, then the humanities and at the bottom are the arts.” Gradually, in appreciating music’s potential as a potent social force, public perception on music studies could also change from it being a subject on the sidelines, to one deeply connected and relevant to everyday life.

People-centredness in music education also means prioritising nurture above personal gain. For instance, parents who send their children for private music lessons must realise that learning music is ultimately about personal development that transcends awards and certificates.

Several months ago there was a video circulating on Facebook of an exasperated mother trying to teach the melody of a song to a bawling toddler, who was attempting in earnest to repeat after her.  While I am not sure of the context of this clip, it made me think of situations when the focus of music education is less about the process of self-discovery than a desire to gain technical expertise and the accolades that come with it.

In such cases, detrimental habits and even injuries may develop with insecure technique. The focus of music education should not be to pressure a child to achieve levels of certification in musical performance as quickly as possible. Neither is the student a tool for enhancing one’s stature within the music education industry. Rather, music-making, recalling Christopher Small, is about the establishing of relationships between its participants. Learning music in my view, moves beyond the supposed “artistic” expression of oneself. It is, in fact a self-reflective and revelatory learning process that relates one with the self— an opportunity for discovering one’s personal strengths, weaknesses, habits and disposition. Hence, my hope is to see a future where self-discovery is given substantial emphasis in relation to recorded achievements in music education.

Thus, the criteria for selecting music teachers should be informed not just by paper qualifications alone. While the ability to produce results is part of what makes a good teacher, inquiry on teaching philosophy, approach and lesson observations are also important steps in ensuring that the candidate is chosen in the best interests of the child. Being people-centred in music-education also entails acknowledging that teaching is a calling rather than a lucrative business. While it may not be easy, putting the learner first also means referring parents or students to more suitable candidates within the teaching community where necessary, instead of treating the child as exclusive property. In the next 50 years, I hope to see an increasing number of candidates who enter the music education industry committed to nurturing learners instead of turning to music tuition as an economically viable alternative to other careers.

So far, the relationships dealt with in this essay are mainly between practitioners and non-practitioners of music. Yet, the future of music in Singapore also depends on relationships between its practitioners. To speak of people-centeredness amongst practitioners leads to a discussion on humility. Given that many practitioners of music are also involved in the education scene, particularly as leaders of student ensembles, it is important that musicians do not resort to personal attacks during interactions with students. As a musician, acknowledging the subjectivity of musical taste and style also includes adopting openness to communication and graciously receiving feedback, regardless of its nature.

Mr Isaiah Koh, my music teacher from School of the Arts Singapore, once said: “People are more important than the music.” At first, I could not understand what this meant. Putting it side by side with Christopher Small’s comment on relationships and musical meaning, however, lends a newfound clarity. A future in Singaporean music needs a renewed sense of community between all involved — from its creators, to the consumers, educators and learners. This, I believe, will hold the key to a new lease of life and sustained vibrancy in our musical landscape for generations to come.

Yap Li-Ren is a graduate of the pioneer cohort of students at the School of the Arts Singapore. A pianist, he is currently enrolled in the Bachelor of Music (B.Mus) programme at King’s College London.