Parliament sits on Monday to debate the issues surrounding the Oxley Road family residence of Mr Lee Kuan Yew. What's at stake is nothing less than the quality of governance here.
Jul 03, 2017 at 5:48 pm | Hits: 1227 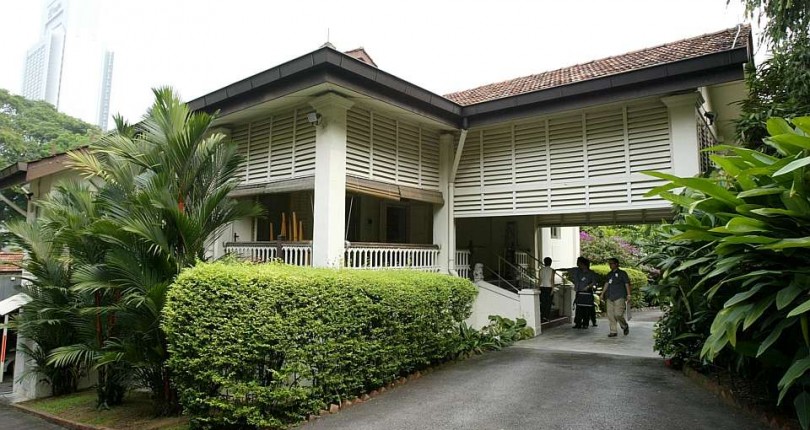 The parliamentary sitting scheduled for July 3 must not only help clarify the complicated matters relating to the late Mr Lee Kuan Yew’s property at 38, Oxley Road, but also uphold the image of governance in Singapore that he and generations of national leaders have painstakingly built over the years.

The allegations made about the integrity of Prime Minister Lee Hsien Loong, Mr Lee Kuan Yew’s son, and that of the Government, by his other children in their June 14 public statement will be subject to further examination.

With the declaration that the Whip will be lifted on People’s Action Party (PAP) Members of Parliament, and the security of parliamentary privilege, all members of the House, including those of the PM’s party, have licence to pose searing questions following the PM’s planned Ministerial Statement.

It is not just Singaporeans, but also people and leaders the world over who will be watching what ensues after that debate. Hopefully, they will feel that there is a richer base of information, knowledge and argumentation by which to judge if Mr Lee Hsien Yang and Dr Lee Wei Ling, who made the allegations, have a case at all.

What is at stake here?

Singapore has been recognised as an exceptional country that beat the odds of being a small, poor, post-colonial state by operating with a strong rule of law, superior organisational capacity and excellent governance standards. Its public leaders make it known that they hold themselves to high standards of performance and straight-talking integrity in everything they do.

As the founding fathers passed from the scene, the foremost of whom was the late Mr Lee Kuan Yew, many here and outside of Singapore wanted to know how deep these standards go, and how long the country will continue to be well governed.

The 38, Oxley Road saga seems to have played right into the hands of Singapore’s detractors looking for evidence to prove that only one family calls all the shots here.

How much more plausible, too, if the allegations came from one section of that family against the other.

The irony may be that the PM’s siblings seem to be asking for an exemption from the rule of law, acting like they wish for an upfront commitment to the demolition of 38, Oxley Road. Given its special nature, the Government has the obligation to assess what is the public interest at hand, even as it has conceded to a position that no decision is needed as long as Dr Lee lives there. This was expressed by PM Lee in his parliamentary statement on April 15, 2015.

Since the siblings’ public statement, government ministers have also assured all that there is no presumption that the property will be preserved or demolished, as the siblings had cast doubt on the objectives of their ministerial committee looking into options for the house. So, let us accept that all the questions about the house are moot till Dr Lee no longer resides in it.

On the other hand, PM Lee has sold all his interest in the property, donated all the proceeds from that, and said he has recused himself from government deliberations on the property.

Since he can never run away from the fact that he is the late Mr Lee’s son, the only move the PM could make was to remove himself from the government side of the equation.

So, has he tried to re-insert himself into that equation? And even if he did, would that constitute a conflict of interest or abuse of power? This is what all members of the House will have to help the public ascertain.

It may then be inevitable too, that scrutiny will fall on the motivations and actions of the PM’s siblings. We are given to understand that all three children were asked for their input, especially on the circumstances surrounding the crafting of the late Mr Lee’s final will, by the ministerial committee. The PM’s siblings were due to respond to the committee when they issued their public statement.

So, this saga has fed into local and international interest seeking to understand if Singapore is just another ordinary country, ridden with feudal and dynastic politics.

How citizens respond to the parliamentary debate, online as well as offline, will determine its effect on our self-image and international brand.

In addition to that, if the argument about the abuse of power is judged to be baseless, what should the repercussions be on those who made the allegations? Will it then restore or further erode our international standing? External parties will judge by the quality of debate citizens have on the issue.

There are at least three things we can say about the saga at this stage.

First, the obligation to be held accountable is still strong in government circles.

By taking to Facebook, the PM’s siblings can share their candid views, unfiltered, at a time and manner of their choosing. Government leaders, too, have proven to be ready to respond point-for-point even at the risk of losing their audience in the detail, whereas the accusations had been sharp and provocatively put.

As members of a democratic society, we must oblige ourselves to wrestle with the details, before we make our minds up on the issues at hand, which leads us to the next point.

Second, notions of the “abuse of power” and “conflict of interest” are indeed important, though complex ones to grasp, as the details do matter.

This saga must help us understand them better and establish how they are applied to all sides of the story – that of PM Lee, his Cabinet colleagues and the Lee siblings as well as our civic and corporate settings – this is a national teachable moment, so to speak.

Third, the facts with specific regard to PM Lee’s interest are that he no longer has a claim to 38, Oxley Road; and yet, that as the PM, he has every right to lead his Government’s actions to follow due process and apply the rule of law.

The fact is that probate has been granted on the late Mr Lee’s will and nothing will change unless challenged legally. The final fact is that the Government and PM Lee have stated that no decision is needed until Dr Lee no longer resides at 38, Oxley Road.

My final thoughts: I am struck by the deep level of distrust that the Lee siblings have for each other. While no national strategic interest is compromised, there clearly is a large emotional stake involved.

Whether the PM has recused himself from the issue, the Singapore State has the final say within the law and the Constitution. Can the allegations of abuse of power stick if the Government’s worst crime, with or without Mr Lee Hsien Loong’s influence, is first, to check on what the late Mr Lee wanted, and second, to consider what the public interest is in dealing with the property; not undermine it?

Yet, we can imagine that if there is a PAP government with ministers who had direct interaction with the late Mr Lee in it when a decision is needed, that government will probably seek a compromise between upholding the public interest and not disrespecting the wishes of the PAP’s key founding member.

If a non-PAP government were in place instead, we can also imagine that it may be less likely to preserve 38, Oxley Road, given its weaker affinity to the property.

Also, I am struck by the idea that anyone believes much political capital can be made out of residing in or keeping the Oxley Road house, as has been suggested.

In pragmatic Singapore, voters are far more likely to support leaders based on merit, performance, and direct value to their livelihood. They are not likely to allow future leaders, PAP or otherwise, to take short-cuts.

If anything, any political capital arising from this whole episode will be one of deficit, not gain, which is why we must tune in and exercise our democratic discernment come Monday.

This article first appeared in The Straits Times on 1 July 2017.