Meaningful Shades of Grey: How Work Can Promote Successful Ageing in Singapore 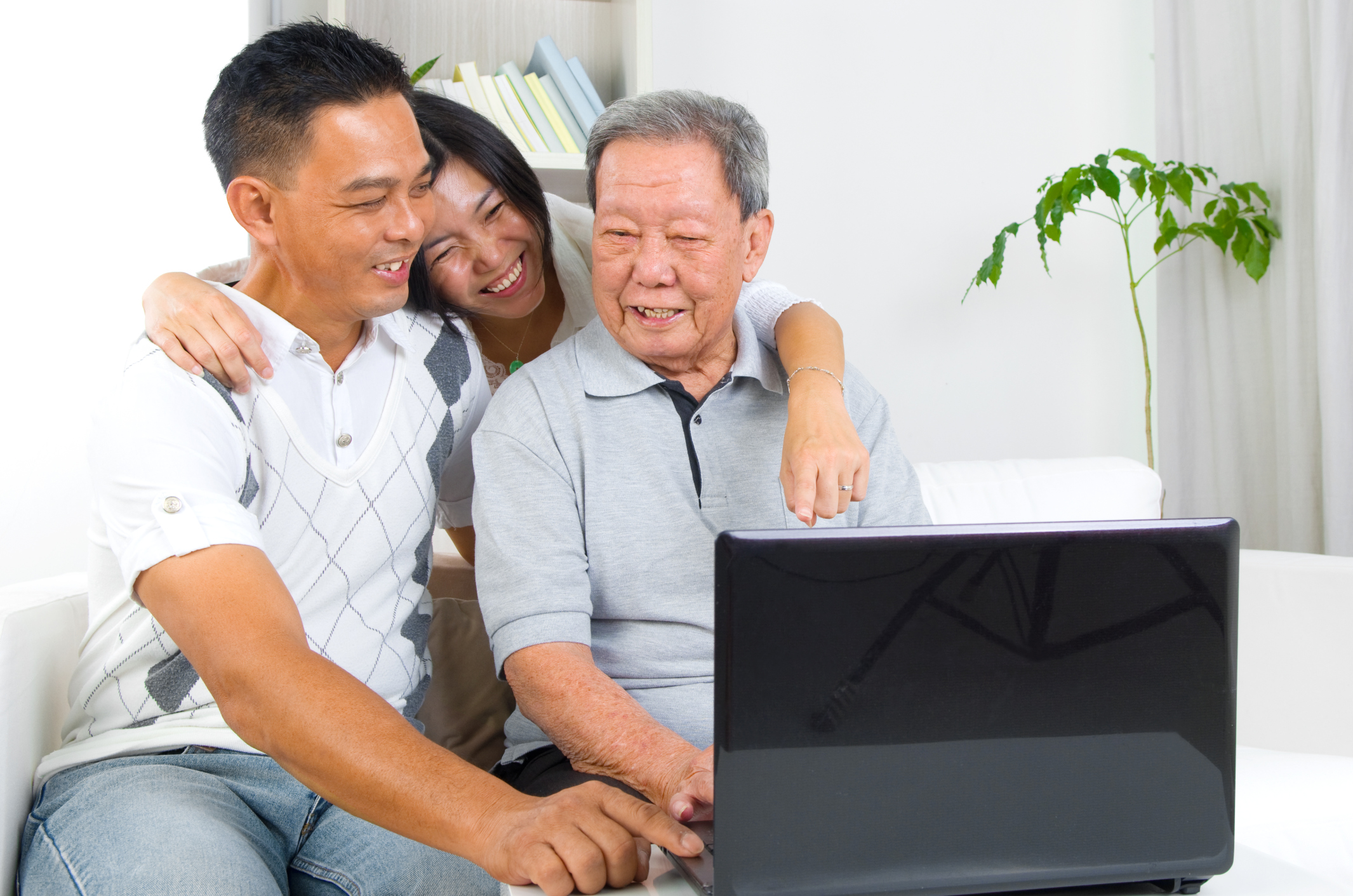 Almost 12 years ago, my father retired from being a career teacher with the Ministry of Education. After 40 years of unwavering and dedicated service, I was happy to see him enjoy more time to himself and living at an easier pace. Such enjoyment, however, only lasted a year or two at the most, and he slowly began to spend more time at home and on the Internet. Initially, I thought my father was just starting to get the hang of social media and I remember thinking to myself, “Ah, he’s just turning into another techno-absorbed Singaporean.” However, I soon realised he was actually online looking for employment.

At first I dismissed it as being some kind of vestigial force of habit from having worked for most of his life. But then I noticed a hint of desperation in his search for work; almost as if his well-being depended on it. After some gentle probing, he reluctantly uttered an admission that truly worried me, “I need to work, if not… I feel like I’m just here waiting to die.” My father’s experience has therefore driven me as a sociologist to understand the empirical realities of seniors, and how the issues of ageing and employment intersect in the Singapore context.

The future of post-retirement employment

Work occupies a central role in the lives of Singaporeans. According to statistics by the Ministry of Manpower, employees clocked in an average of 45.8 hours per week in 2014, which would rank Singapore third highest among OECD countries; falling just slightly behind Turkey and Colombia. Is it any wonder then, that retirement potentially poses a significant threat to the identity of many Singaporeans whose sense of self-worth tends to be equated with their economic productivity?

Retirement, if understood as a complete exit from the labour market, is increasingly becoming both undesirable and unfeasible. Older Singaporeans want to remain economically active for various reasons including the pursuit of a meaningful and productive outlet for their energies, or out of financial necessity. The recently announced decision to raise the retirement age from 65 to 67 is indicative of the tendency for older workers to remain in the labour market. From a macro-social perspective, such a trend bodes well for an ageing society, especially when faced with challenges of increasing dependency ratios and anxieties about the heavier economic burden that will befall a shrinking workforce.

Policies that encourage post-retirement employment have already been lauded as a plausible solution to the depleting pension schemes of welfare states in Scandinavia. In Japan, the policy strategy to keep older workers employed as a form of social security has long been on the government’s agenda. As of 2012, measures have been implemented to promote not just the employment of elderly Japanese, but also to place them in jobs that provide high job satisfaction and personal well-being. Singapore would thus do well to take heed from such policy directions and foster the creation of employment opportunities that are both meaningful and rewarding for seniors.

Subsequent cohorts of older Singaporeans will be better educated on the whole and will require occupations that are more skilled in nature than the predominantly manual jobs that are currently available. Thus, when addressing the issue of post-retirement economic activity, it will no longer be solely about demand and supply in the labour market — it will be about the creation of employment opportunities diverse enough to cater to the wider spectrum of human capital within the older workforce of the future.

Unfortunately, ageism remains a major barrier. This manifests itself in the form of discriminatory human resource practices or negative stereotypes that associate ageing with a decline in mental, physical and productive capacities (which appear to have been internalised by some seniors themselves). The ageist paradigm consigns seniors to poorly paid jobs such as cleaners and lower-end service work, which tend to be more menial and ironically, also more physically demanding in nature.

This precludes any recognition of the potential for older workers to make any significant and long-lasting contribution to their respective fields and industries. In other words, unless such a mindset is drastically reversed, employment for seniors will primarily be seen as a means to keep them occupied and reduce society’s burden of supporting the elderly, which would then devalue any attempts towards creating a socio-economic environment that empowers older workers. As counter-intuitive as this idea appears presently, Singapore society needs to abandon the entrenched belief that an ageing population is a liability and that older workers are only seeking jobs to survive or alleviate boredom.

The good news is that the government’s recently unveiled S$3 billion action plan for ageing shows a shift away from the “silver tsunami” discourse towards addressing ageing as an issue of longevity. This approach to ageing as a human capital asset that has to be developed throughout the life course and not just at the point of retirement, has drawn praise from several international observers.

The vision of successful ageing has been on the national agenda since the 1990s. Then, an inter-ministerial committee sought to address the six essential and determinant aspects of ageing: Healthcare, financial security, social integration of the elderly, employment, housing, and intergenerational cohesion and conflict.

But attention should also be paid to how much agency, independence and empowerment older Singaporeans have in realising their own standards and goals within the various dimensions of successful ageing. In other words, it is important for older Singaporeans to have the autonomy to plan and structure their lives as they transition between the age groups of 65–75 years (i.e., the “young-old”) to 76 years and above (i.e., the “old-old”).

Meaning plays an important role throughout the life course of human beings but more often than not, perceptions about the lives of older persons tend to underestimate the importance of aspirations. Granted, such aspirations may starkly differ from the type of ambitions embodied by the youth. Nevertheless, the dynamic process of deriving meaning out of experiences, then making decisions and structuring one’s life around what is deemed symbolically valuable does continue until the later stages of the life course.

In work-centric cultures like Singapore, work not only structures the lives of individuals, it also gives them meaning. As meaning-making is ultimately a cultural process, its variations also depend upon an individual’s socio-biographical characteristics such as socio-economic status, ethnicity, religion and gender.

From the interviews I have conducted with older workers of various educational backgrounds, it is apparent that those with higher skills, such as retirees who were entrepreneurs, civil servants or from the medical and teaching professions, tend to view financial reward as an important but secondary incentive for employment in the post-retirement age years. For them, ageing successfully is also defined as ageing meaningfully. Achieving this is increasingly dependent on performing work that gives them both a sense of purpose and brings them high levels of job satisfaction, and which utilises the set of skills they have honed over the course of their previous careers.

For those who are already in socially marginal positions, the ageing processes often accentuates their vulnerability because they are compelled to disengage further from employment and social roles. The process of social stratification, especially along the lines of social class, tends to be compounded in old age as those lacking financial resources experience further impoverishment due to health and a reduction in work. Ageing successfully and meaningfully therefore requires a social environment that enables and empowers across and within social groups of the older population.

We need mechanisms and systems to ensure that the social environment is universally conducive enough for older Singaporeans from various socio-cultural backgrounds to encounter the dynamic and potentially distressing experience of ageing with freedom, dignity, and some measure of independence. Ultimately, the pathways to realising the ideals of “successful ageing” have to be varied enough to match the increasing socio-biographical diversity among older Singaporeans. 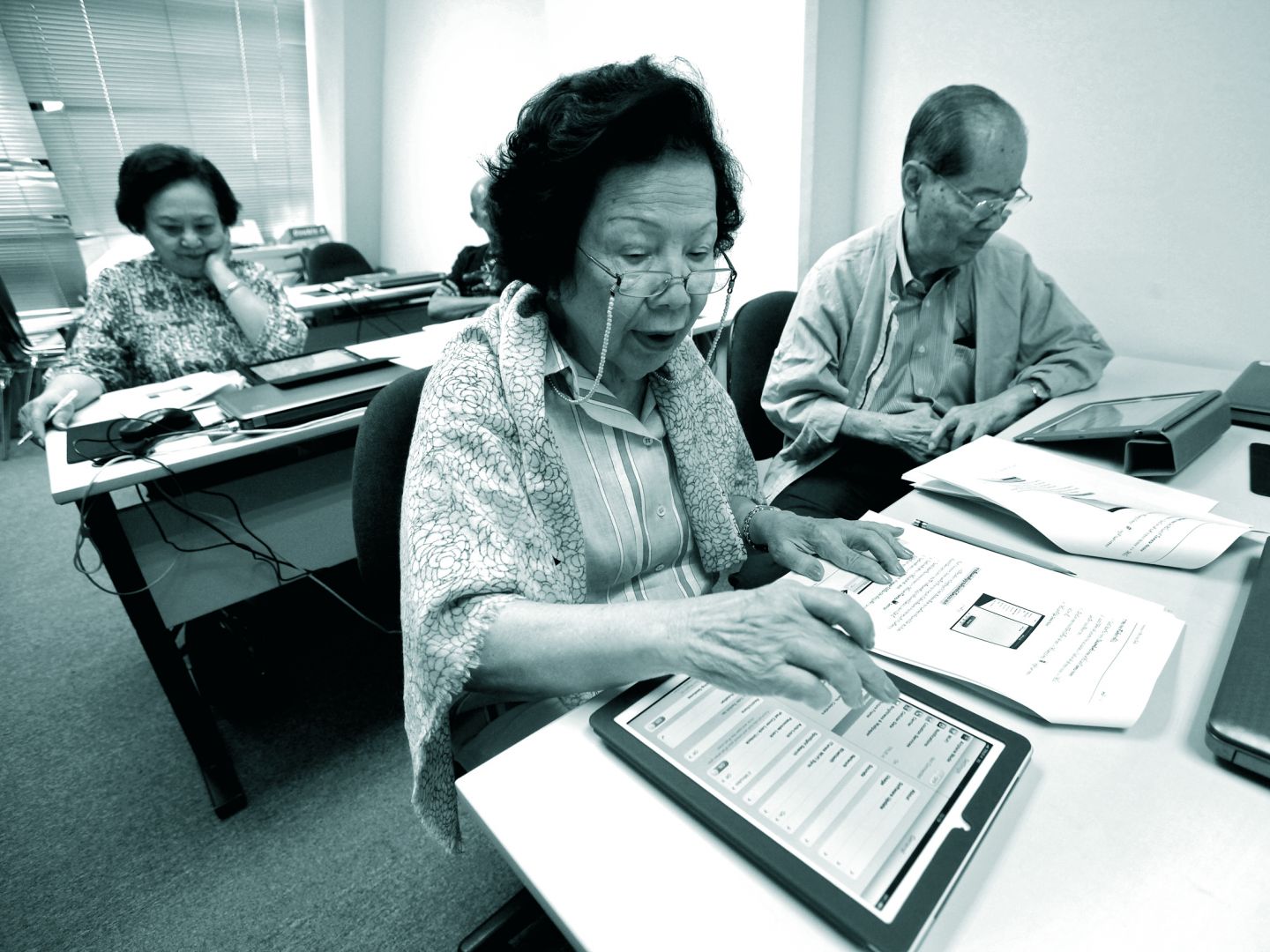 A community-based approach to post-retirement employment

Numerous studies have documented the positive effects of ageing in place. Over time, an individual develops intimate and intuitive knowledge of the resources and opportunities available from their immediate environment, which are used to cope with specific contingencies. For instance, there are seniors who engage in part-time and informal work opportunities, such as selling newspapers, collecting cardboard, providing nursing support and performing domestic chores, including sewing, ironing clothes or babysitting. The availability of these work opportunities depends upon the social networks around the vicinity of their home.

At the same time, there are seniors who continue to struggle with caregiving responsibilities for dependent family members, such as spouses or children. In such cases, they would also have to rely heavily on the assistance provided by nearby social service or eldercare centres. As the mobility of seniors become increasingly limited in later life, it is imperative that community-based systems consisting of both informal and formal support are strengthened as well as geographically and bureaucratically accessible. It should be noted that such a community-based approach requires a delicate balance between top-down and more organically driven initiatives on the ground.

In order for seniors to feel comfortable enough to expand their informal networks and participate in community-based systems, they have to feel a sense of productive purpose and connection. Simply put, the future of post-retirement employment should be community-based, flexible and should leverage the wisdom, judgment and skills of older Singaporeans.

To facilitate this, social policy approaches will have to go beyond purely monetary handouts and voluntary-based programmes for seniors and create opportunities that generate both gainful and meaningful participation within communities. Thus it will serve both older Singaporeans and society in general if ageing and post-retirement are dissociated from ideas of dependency and economic marginality. Instead, they should be understood as phases of the life course that have the capacity to thrive meaningfully and productively given the proper structural conditions.

Suen Johan is a second-year PhD student in Sociology at the University of Cambridge. His fieldwork involves him visiting eldercare centres and interviewing seniors in Singapore.