Loss of Confidence in PAP? Possible, If Complacency Sets In 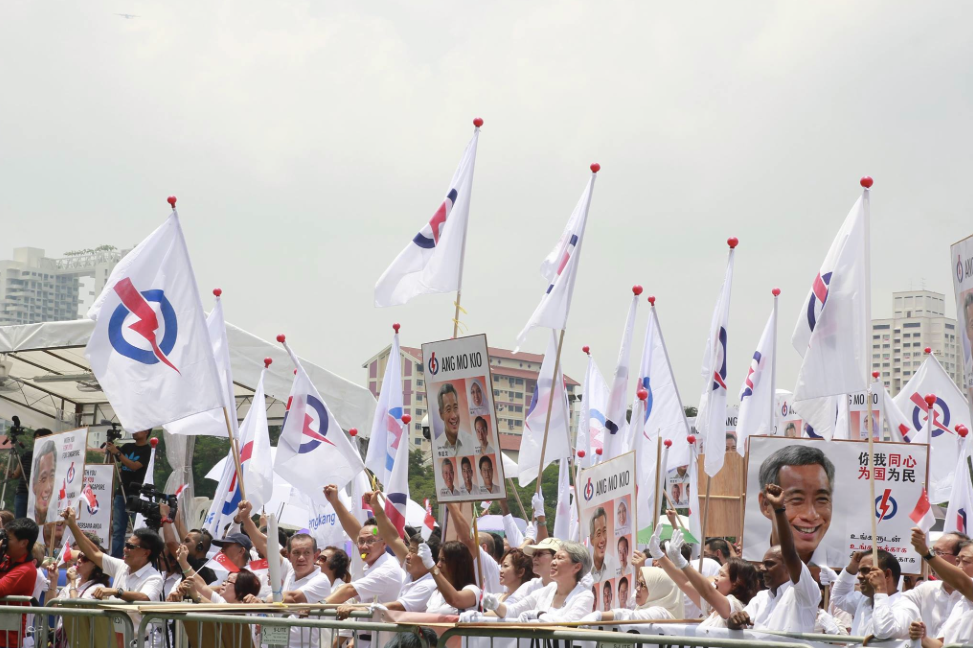 The critical question facing Singapore in 2065 is not simply whether an accidental freak election or a sustainable pendulum democracy should or might occur. It is about whether the social contract between elite governance and the body politic can become so strained and frayed that a crisis of political legitimacy may thrust unexpected, extremist scenarios – ranging from rule by a military-dominated junta to unstable coalition governments – to become a reality.

In other words, what might happen to get us from where we are now, a bastion of political stability, to the uncertainties now plaguing the rest of the world?

Let me ask and then answer three further questions in pursuit of this issue. First, what events could lead to a massive loss of legitimacy or confidence in the People’s Action Party (PAP) or the current political system?

Second, what are the chances of these events happening?

Third, is a two-party pendulum democracy a likely, stable and sustainable option? Alternatively, what might realistically evolve instead, in the specific Singapore context?

Let me address the first question in a circumspect manner, by alluding to other Asian democracies. The closest, though imperfect, parallels are India and Taiwan. In both places, the founding party – the Indian National Congress and the Kuomintang (KMT) – were led by charismatic leaders, Jawaharlal Nehru and Chiang Kai-shek, who were worlds apart both in their personalities as well as in their party structures, but possessed, as founding fathers, an unquestioned legitimacy. After their passing, their offspring – Indira Gandhi and Chiang Ching-kuo -succeeded them (albeit with brief interludes in India) but after them, both the party leadership and party itself started to decline.

First, nepotism prevented the rise of younger, meritocratic elites vying within the party for ascendancy, resulting in sycophants all clustering around the dynastic heirs, like in some archaic monarchy.

Second, the values, policies and solutions which led the founding party to success became sacrosanct: sacred cows which could not be questioned even when their relevance started to wane. A sense of political complacency settled like fine dust over even the internal insurgents and overcame any impetus towards change.

Third, a culture of entitlement led to endemic corruption both political and financial, the final blow in an inexorable decline of legitimacy.

Should that fate, which has befallen almost all founding parties in electoral democracies over time, affect the PAP in the coming decades, we have the scenario for disruptive change.

The second question is: How likely is this to happen?

The short answer is: Not very likely (I hope) in the next quarter-century, or around 20 to 25 years. Beyond that, no one knows.

Why 20 years? (Perhaps too optimistic for some and too pessimistic for others.) I chose this time span because I assume that under our present system, even when Mr Lee Hsien Loong retires, he will assume the mantle of senior minister or minister mentor, and his cohort of leaders will remain like tribal elders to guide successive leadership teams not so much in policymaking but in the preservation of the political values, self-discipline and vision which congeal into a lasting political culture.

History has shown that the values of a founding political culture can usually be transmitted with vigour down three to four generations. Beyond that, complacency and entitlement usually overwhelm the messianic urgency and self-discipline found in pioneer values. One can only hope that future PAP leaders, after our current leadership has long passed from the scene, can learn from history.

They will have a few advantages, not least being that as a young nation, with a new political culture of anti-corruption, meritocracy and multiculturalism, they will not have to battle the centuries of deep divisions which afflicted, say, Indian civilisation.

But as Sri Lanka’s civil war has shown, a relatively short period of self-serving political opportunism and populism can spiral out of control rapidly. And who is to say, from what we have already seen with the descent into opportunism in even mature, developed European and American societies, that our future leaders will be so self- disciplined as to eschew even a shred of self-interest, especially if their popularity starts to wane?

As for nepotism, there are no current signs of this happening with a Lee dynasty clinging to power or promoting only its relatives. Anti-corruption has now become not just government policy but a fundamental value of our people. And the Government has shown signs that even sacred-cow policies can be re-examined if they are no longer relevant.

And so I remain, using that clichéd phrase, cautiously optimistic.

The third and possibly most intriguing question is whether the scenario leading towards pendulum democracy in Singapore is the most desirable and likely long-term outcome. And if not, what are the alternatives?

Here we have a conundrum. History has generally shown, despite recent events in the West, that a pendulum democracy offers a more sustainable, dynamic equilibrium than a single-party dominant system which has no competition and falls into complacent entitlement.

On the other hand, to move from the generally well-governed stability of our current single-party dominant system to a pendulum democracy implies that a massive loss of legitimacy by the ruling party has to first occur. That is not necessarily desirable, and of course not even likely, given the current robustness of the PAP and the weakness of the opposition parties.

The danger of a single-party dominant system is political ossification over time, as the sense of entitlement encourages the nepotism, complacency and corruption which inevitably leads to the demise – and eventual re-emergence, of course – of even the most idealistic founding parties.

Therefore, one viable alternative is to institutionalise internal policy competition and deepen internal democracy within the PAP, beyond just secret elections to a central committee or politburo.

By itself, however, internal party competition cannot assure that a political elite will remain relevant to the needs of a changing population… Civil society must be further empowered as a partner to strengthen the social contract, and also as a check against inept or corrupt governance.

Access to information enables the public to robustly debate and articulate ground-up responses to the pressing societal issues of today. An information-rich society is all the more important since we’ve seen, in the recent US presidential elections, how social media can easily distort facts and even manufacture dis-information.

Ho Kwon Ping was the Institute of Policy Studies’ S R Nathan Fellow for the Study of Singapore in the 2014/15 academic year, and his five IPS-Nathan Lectures on policy issues have been compiled into a book titled The Ocean in A Drop – Singapore: the Next Fifty Years.

This piece first appeared in The Straits Times on 25 January 2017, and was excerpted from a speech Mr Ho delivered at Singapore Perspectives 2017.