[The Angle] Insights from GE2011: Youths, media and voting during the elections 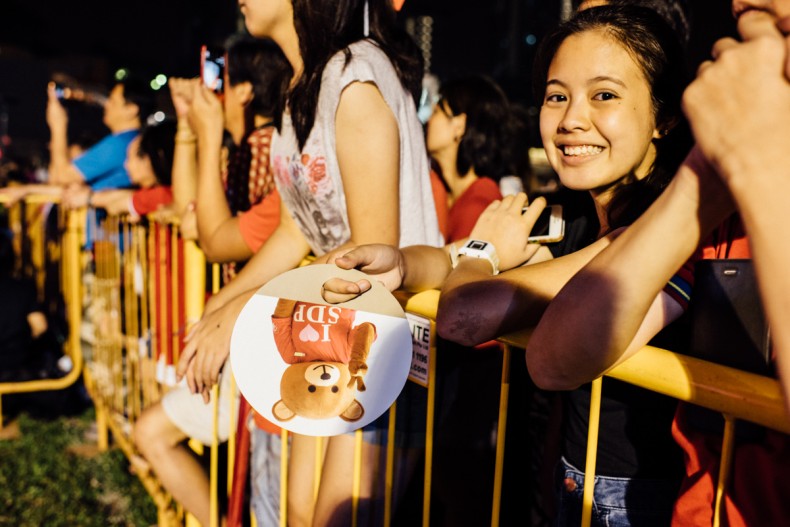 A lot of discussion in the upcoming election has centred on youths and how they will vote in the coming election. Other questions on how they use different media, particularly online media, and whether there is a generation gap between them and the older voters.

For the 2011 election, Assistant Professor Trisha T. C. Lin and Professor Alice Y. H. Hong conducted a post-election national television survey that interviewed 447 young Singaporeans aged 21 to 35 on how young citizens’ use and attitudes towards media are correlated with their voting behaviour and political traits. It will be interesting to find out what might possibly change for the 2015 election.

Here is an excerpt from their chapter in a recently published IPS book:

Young Singaporeans, on the one hand, engaged more in this election due to the prevalent use of new media; on the other hand, with higher dissatisfaction over media control and cynical attitude towards the government, almost 50% of them still trusted old media and a higher percentage of them supported the ruling party instead of the opposition. The results show that the youth who were aware of media content control still spent more time on mainstream media than new media, and perceived the former as more important and trustworthy sources of election information.

Data analysis reveals that media use was significantly correlated to youth’s perceived importance of media on voting decisions. Mass media still had more influence on youth’s voting decisions, but the impact of new media on young citizens’ votes was greater than on older counterparts. The study also finds that more mature, less-educated, and female respondents tended to support the ruling party more. 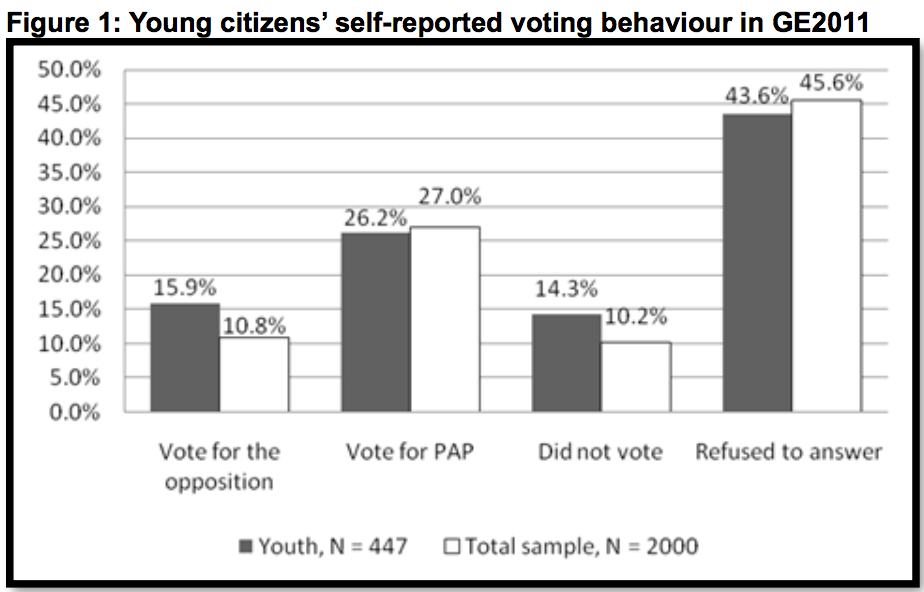 The figure above shows how the 2,000 respondents of all ages and youths who participated in the survey answered the question: “Which one of the following applies to you in the recent election: I voted for the Opposition; I voted for the PAP; I did not vote”.

The “Refused to answer” option was not read out but recorded as such when people did not answer.

For more of Lin’s and Hong’s study, please refer to their chapter “Different but Not That Different: New Media’s Impact on Young Voters’ Political Participation”, which can be found a book by IPS on the 2011 General Elections. Entitled “Battle for Hearts and Minds: New Media and Elections in Singapore,” it is available in bookshops and for order online here.

This is the sixth article in the series. Please click here  for more New Media Insights.