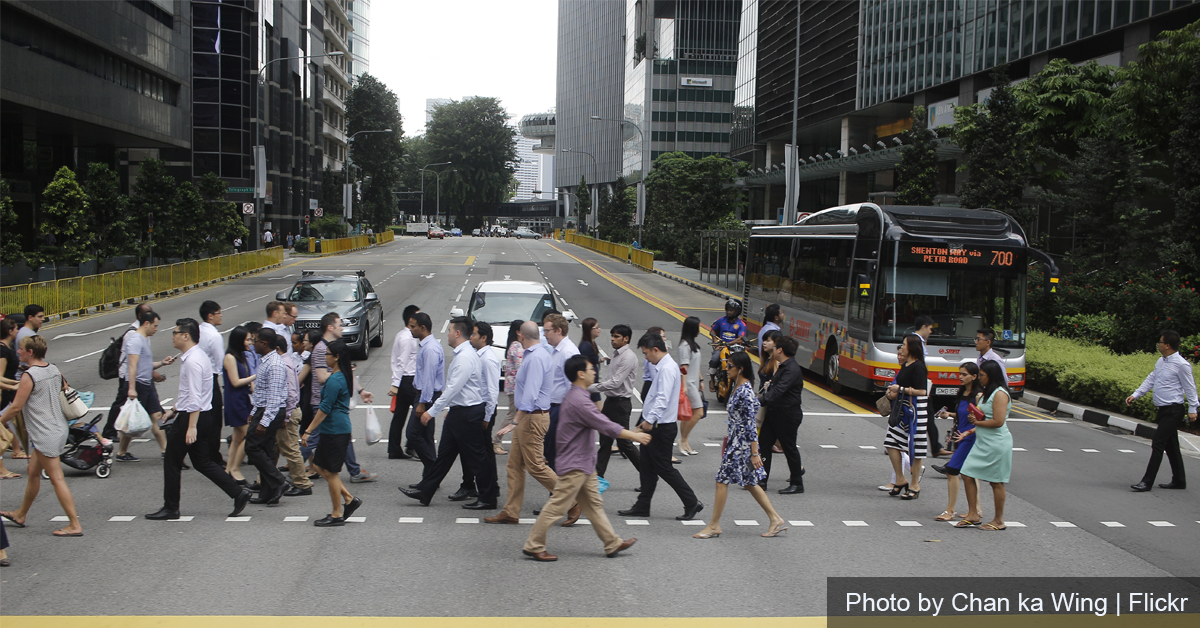 Much has been said about the impact of Industry 4.0 and rapid technological changes and how robots and Artificial intelligence (AI) would affect work.

What is clear is the way we work in the future will be drastically different. How can workers better prepare themselves? And what can the Government and employers do to help workers?

Economic downturns are usually swift and unexpected, and those who have yet to re-equip themselves with new skills could face the possibility of long-term unemployment.

Alexander Monge-Naranjo and Faisal Sohail from the Federal Reserve Bank of St. Louis found in 2015 that the share of older workers in the United States above 50 facing long term unemployment spells of 26 weeks or longer had doubled from 21 percent in 2005 to 41 percent in 2015.

The rising long-term unemployment of this group of individuals reflects the mismatch between the skills they have and the skills employers demand.

In the era of Industry 4.0, where the economic landscape is rapidly changing, we can expect the threat of long-term unemployment to also increasingly affect younger workers, not only those in their 50s. For those with dependents and a mortgage to service, a persistent unemployment spell would be catastrophic.

How should Singapore respond?

Our best response to this uncertainty is to accept the increasing possibility of redundancies, have an open mind about re-skilling, and open, honest discussions about supporting unemployed workers using a mix of active labour market and income support policies such as limited unemployment insurance, wage insurance and maybe even some minimal form of basic income.

This will prevent an economic underclass from forming and increasing inequality in our society.

An example is the Danish model of flexicurity, which encourages employers to restructure during downturns but supports workers with unemployment benefits.

The consensus among the firms, workers and the Danish government is that firms that need to restructure will not hesitate to fire workers, but the workers themselves are not severely affected as they get to undergo retraining and receive unemployment benefits from the state for up to two years, at a maximum rate of around S$770 a week in 2018.

In contrast, firms in Singapore that need to restructure tend to carry out retrenchment exercises, with employees getting a one-off payment that is costly to their employers.

This is not to say that the Danish model is superior to Singapore’s or that the Republic should blindly adopt a Scandinavian model of social welfare.

At the same time, active reskilling supported by the Government and tertiary institutions will help displaced workers retrain and address problems with falling cohort sizes.

A mindset shift towards being more accepting of industry switchers may help improve risk-taking among the next generation of mid-career professionals in sunset industries who may not enjoy as much retrenchment benefits as older cohorts.

Government support in the form of a transitionary income support paid directly to trainees, who may not have found an employer sponsor in the new industry, may help reduce hesitancy and bandwidth taxes associated with the loss of income while switching jobs.

This can complement the Adapt and Grow scheme where wage subsidies are given to employers only after they hire prospective employees, and while they wait for training to complete.

Such income support would also go further than the one-off Job Credit Scheme the Government implemented in 2009 to give businesses cash grants to encourage them to preserve jobs in a downturn.

Indeed, an economic package for the future should incorporate some thinking about supporting industries through transformation in the longer term.

While the Government has developed a set of structures for transformation, businesses should cooperate and see this initiative as an opportunity to automate, invest in other technologies or shift to different industries altogether.

On the part of the Government, it can look at supporting such forms of riskier business decisions in future iterations of the ITMs to allow business owners to also switch from sunset industries to other businesses.

This process, nonetheless, takes time as it requires an eventual recognition of where the future economic opportunities are, which could be very different from the present ones.

For example, healthcare, and its intersection with fintech and data analytics, would be increasingly important given Singapore’s ageing population and its ambition as a smart nation.

However, in the five new banking licenses that the Monetary Authority of Singapore is ready to issue, it is interesting to note that none of the consortiums applying for the digital banking licenses here is focusing on the elderly.

This is a departure from banks in Japan like the Kyoto Shinkin Bank, which organises music therapy sessions, lowered bank counters so services could be provided while older customers are seated and has managers and clerks who are trained to spot dementia. One current applicant in Singapore is instead focusing on the youth in an ageing population.

Learning from history, one has to readily adapt to its needs to survive and perhaps even thrive in an industrial revolution. In The Enlightened Economy, Joel Mokyr from Northwestern University argued that the First Industrial Revolution was aided by the “high quality of workmanship available to support innovation”.

Innovation at that time was primarily mechanisation, which, as economic historian Karine van der Beek discovered, had led to increased demand in 18th Century England for wrights, workmen who “[erect and install] in place of use, machinery and other mechanical equipment”.

British shipwrights made advances that improved sailing speeds by almost one-third in the late 1700s, compared to the Dutch who only improved by about 10 per cent. Singapore, as we know, could have been very different had the Dutch arrived first.

The lesson we may learn from the First Industrial Revolution is this: Those with the skills to “support innovation” of our times, like the wright of the 18th Century, will thrive and maybe even change history, while those who don’t may find themselves left behind.

This dictum may seem conceptually obvious, but are we ready to accept and proactively adapt to the major disruptions that could be coming our way?

Nicholas Sim is Senior Lecturer at the School of Business, Singapore University of Social Sciences, Damien Huang is Research Associate at the Institute of Policy Studies, National University of Singapore, and Sabrina Heng is Adjunct Senior Research Fellow, University of Adelaide and Associate Lecturer, PSB Academy.

This piece was first published in TODAY on 4 February 2020.