[The Angle] GE2015: What impact did new citizens have on the PAP’s vote share? 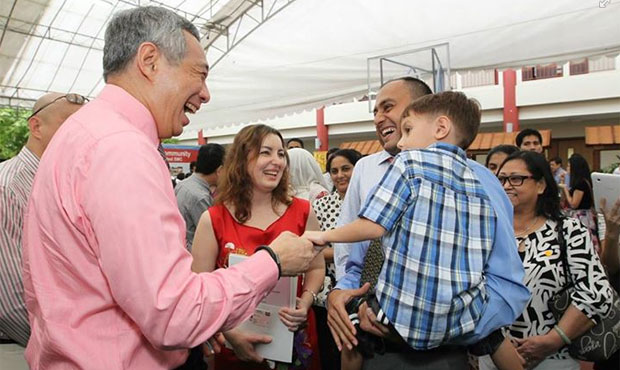 The 9.8% swing in favour of the People’s Action Party (PAP) in the 11 September 2015 General Election in Singapore (GE2015) caught many by surprise.

Many online voices have suggested that new citizens – or those who became Singaporeans after GE2011 – played a large part in the percentage increase of votes for the PAP.

However, my calculations based on publicly-available national data and information at the time of writing suggest that citizens minted after the “watershed” 2011 General Election (GE2011) formed only some 2% of total voters in GE2015.

In my analysis, I have focused only on individuals who became new citizens after GE2011. The study of this group is critical to understanding if new citizens did indeed significantly contribute to the 9.8% increase in the PAP’s vote share, given that they would have been voting for the first time, while citizens who were naturalised earlier would have voted in 2011.

To get figures of new citizens to Singapore from 2011 to 2015, I compiled and extrapolated from the 2012, 2013 and 2014 releases of Population in Brief published by the National Population and Talent Division.

As the new citizens data for 2014 and 2015 are not yet available, estimates were made based on an upper and lower limit of Singapore admitting between 15,000 and 25,000 new citizens each year. This was based on the government’s statement in 2013 that it would keep to this specified range in the number of new citizens that would be brought in each year. 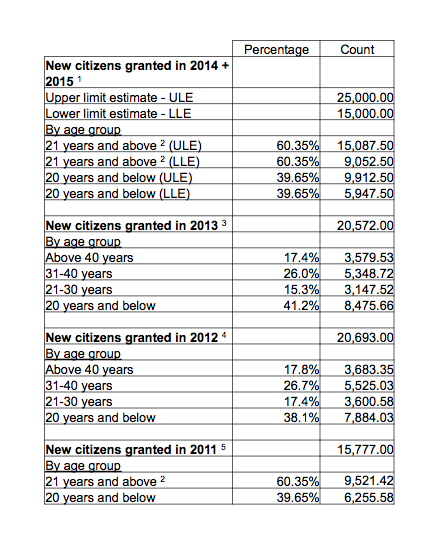 The numbers for 2011 and 2015 were then pro-rated from when the register of electors closed in 2011 leading to the general election, and were updated going into the GE2015.

This range is a generous estimate as it does not account for new citizens that did not show up to vote at the ballot box. This includes new citizens who may have passed on, could not vote because they were unwell, or perhaps were overseas and unable to get to a voting station in that country.

To determine the influence of the vote of new citizens, we compared these new citizen numbers in two ways.

Second, we looked at the ratio of estimated new citizens to votes gained by the PAP between GE2011 to GE2015 general elections. There was an increase of 367,029 of votes for the PAP between the two elections. If we make the bold assumption that all the new voters uniformly voted for the PAP, this works out to just 12.04–13.83% of that increase.

So, to conclude, this demonstrates that even if all new citizens who joined the ranks of the local electorate after GE2011 did indeed vote for the PAP, they would have contributed a maximum of some 2% to the total pool of eligible voters, and comprised not more than 14% of the increase in votes for the PAP between GE2011 and GE2015.

Figure 2: Calculating the impact of the New Citizen Vote

Debbie Soon is a Research Associate at IPS.