[The Angle] Age, class and the General Election 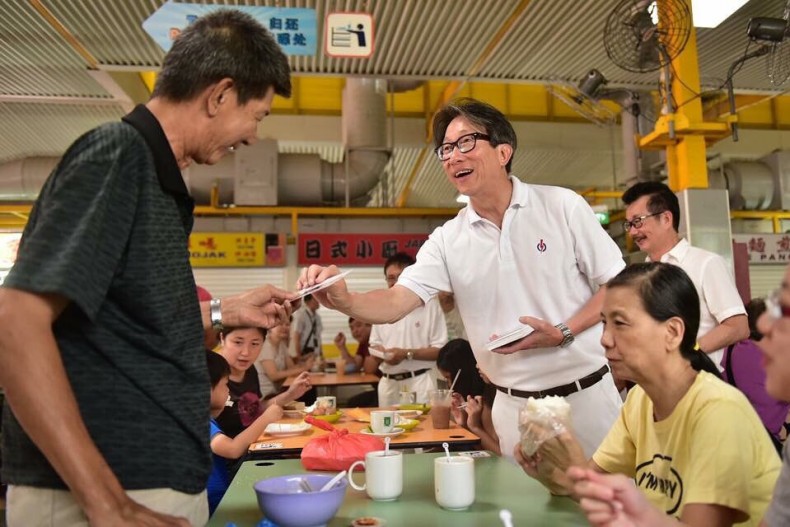 There are four factors that can matter in any election in Singapore. They are race, religion, age and class. My own sense is that race and religion could have mattered, but they do not. That is indeed a blessing as they can be rather explosive, if not handled well. But given that there are adequate safeguards, including the use of GRCs and the effectiveness of our equitable treatment of race and religion, they have not figured at all in this and previous elections since the 1970s.

The two factors that really matter in this election are age and class. They are also highly correlated, in that younger people are likely to be more educated than older people.

In general, this means that older people would be concerned about retirement financial adequacy and healthcare costs. In the old days, these were not critical issues, because life expectancy was much shorter, aspirations and expectations were more modest, and the elderly could depend on their children’s filial piety.

However, this is no longer the case. Even filial children would find supporting the longer lifespan of their medically uninsured parents too difficult a burden to bear. At the same time, they also have to support their children.

This has resulted in the emergence of a “sandwiched” generation which has to take care of at least two other generations.

Thankfully, the Government has had the foresight to introduce the Pioneer Generation Package and MediShield Life. These will go some way towards easing the burden of the sandwiched generation. I reckon there is still a need to fine-tune the latter measure to ensure that healthcare costs will not be allowed to wipe out the savings of a hard-working family. Whatever the case may be, these measures have rendered care of the elderly less of a hot-button issue.

The affliction of being in the sandwiched generation is also felt strongly among the middle class. This is because middle-class folk have been motivated by the Singapore Dream of upward social mobility. They have worked hard and done what is expected of rugged Singaporeans, but being responsible for their medically uninsured parents can cause anxiety, resulting from the fear of losing a big chunk of their life savings. MediShield Life should be a welcome relief for the middle class, which means that its positive impact can be felt by at least two generations.

Another concern of the middle class, even if not part of the sandwiched generation, is whether their children can at least remain middle class.

There is a fear that their children will suffer downward mobility. Specifically, they worry that their children – despite doing well in their studies and marrying someone with equivalent credentials – may not be able to afford at least a four-room Housing Board flat. In some cases, the children exceed the HDB income ceiling to qualify for public housing but they cannot afford private housing either. They may of course resort to the open market to buy an HDB resale flat, but this option, while still quite affordable, could mean buying an older flat with a shorter remaining lease at a price much higher than if they could buy directly from the HDB. This constitutes a kind of middle-class squeeze.

Here again, a solution to this problem would have made two generations happy. The Government has to some extent addressed this issue by recently raising the income ceilings for access to HDB flats but, for some at the margin, even the new ceilings do not offer much help.

Young people also feel the pressure of not being able to comfortably live the Singapore Dream of owning a flat and a car. Both are big-ticket items. They are within reach, but it takes a long time to clear the heavy loans.

A key implication of all this is that if Singapore aspires to be a middle-class society and if our middle-class parents and their children feel that they cannot live the Singapore Dream of upward mobility and reach a secure and comfortable existence, they can become disillusioned.

My own sense is that, so far, middle-class folk remain hopeful of the future. But should they experience income and employment insecurity, wage stagnation or even long-term unemployment, the confidence of our middle-class society may begin to dissipate. To a large extent, the Government cannot be blamed for many of these problems, as these could largely be attributed to global competition and rapid technological change.

Still, the perceived hardships arising from this bundle of issues could affect the People’s Action Party (PAP) Government’s track record, notwithstanding its efforts to address them over the past four years. I doubt Singaporeans will turn away from the PAP because of these issues, but a re-elected PAP will need to explore new ways of keeping “the good life” within reasonable reach, while remaining true to economic fundamentals.

Some among the electorate, who may constitute the undecided voters, believe that having a stronger opposition presence in Parliament will not only force the PAP Government to loosen up, but to also adopt the more plausible solutions touted by credible opposition members.

This suggests that while these voters still prefer a PAP Government, they would be inclined to give their vote to the opposition. Given Singapore’s first-past-the-post electoral system, the possibility of freak election results exists. Should that come to pass, I do not know what it would mean for Singapore.

I hope Singaporeans will vote for the party that can help Singapore stay afloat and steam ahead and not squander the advantages and resources we have acquired over the last 50 years. The party obviously cannot do it alone – it requires the partnership and support of the people.

Dr Tan Ern Ser is Associate Professor in Sociology and head of the Social Lab, Institute of Policy Studies, at the National University of Singapore. View his profile here. This piece was first published in Straits Times on 7 Sep 2015.

Photo by Lim Weixiang for Mothership.sg