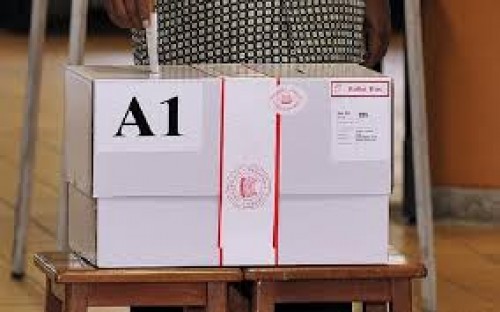 There may be global economic and geopolitical uncertainties to take into account this coming GE but many will argue that it is the local that really shapes the vote. What might the local and national considerations be?

From our IPS Survey of GE2011, the top national issues our respondents said shaped their votes then were “having efficient government”; “dealing with cost of living”; “having a check and balance in Parliament” and “the need for different views in Parliament”.

The September 11 GE may call to mind the US terror attacks of 2001 but in Singapore, it will be a measure of voters’ sentiment on whether the government has helped citizens access and afford the key essentials in life.  As there are opposition parties that have declared that they will focus on the issue of immigration, it will also be a test of whether voters feel that the government has dealt with an issue that has been associated with increased cost of living, congestion and competition for school places and jobs. Overall, this set of issues is about whether the government has given them a stronger sense of security and assurance about work, family life and their future well-being.

That will be balanced against the sense that it is always important to have some opposition representation in Parliament to ensure that the government is indeed responsive to the needs and concerns of Singaporeans.

But the balance only tips in favour of opposition politicians when they are seen as being credible, believed to be effective and efficient leaders, and have a real feel for the ground. This comes from dogged, on-going engagement with constituents in-between elections, and helping them make the link between what goes on at the national level and their daily lives.  Whether the opposition politicians make headway will depend on their past record if they have been MPs, their personal and party branding, and the tactical questions of who will stand where on Nomination Day.

How significant could this GE be for the opposition? The threshold of an opposition party holding a GRC was breached in 2011.  Technically, the next psychological barrier is for the opposition to breach the one-third mark in the number of seats in Parliament which will allow it to block constitutional amendments.  However, given the state of the opposition, the WP’s declared electoral strategy of keeping its top guns in Aljunied GRC, and more importantly, the policy reform of the PAP government since November 2011, we are not anywhere near that mark.

The PAP will hope that voters notice how its policy orientation has shifted to the left of centre, with active state intervention in housing, healthcare, education, labour and income policy and reform of social safety nets like the CPF system, Workfare income support and the new Silver Support Scheme.  The parliamentary term began with the recalibration of ministerial salaries too which is an area of policy that opposition parties have always counted on to raise the hackles of voters in election rallies.

For voters, new and social media has allowed them to be far more alive to the elections than ever before.  They can receive political news directly and unfiltered from the political actors.  They can easily exchange views with friends and find kindred spirits online. It is all the more important then that they also use the technology to complement those with credible information on and assessment of public policy outcomes since GE2011. It is important for Singapore’s political system as a whole to have a maturing electorate that feels its responsibility to stay well-informed so as to make considered choices at the ballot box.