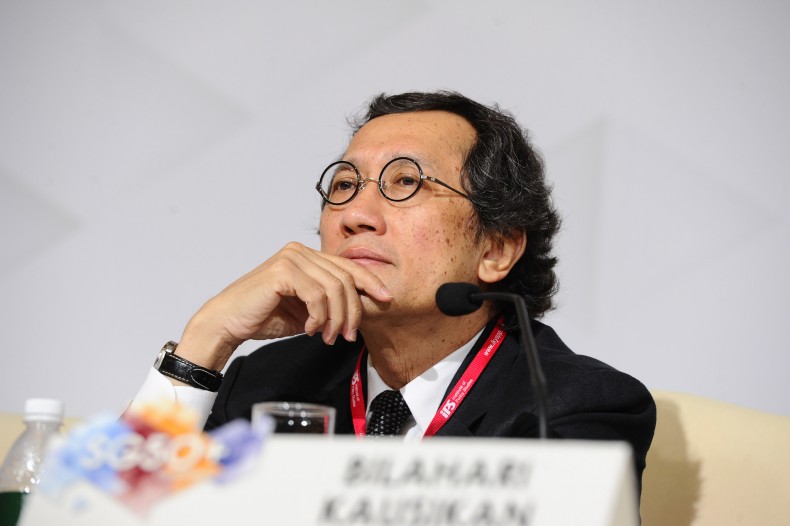 As US and China grope towards a new modus vivendi with each other, the rest of the world must adjust ourselves to their adjustments, even as these great powers know not yet what they want.

Is the world really evolving towards multipolarity? No one can predict the future, but on the available evidence, I doubt it.

Clearly the unipolar delusions of the immediate post-Cold War era are over. Yet only the US still has the capability to consistently act strategically on a global scale.

At the same time, events over the last decade or so, particularly in the Middle East, have demonstrated that US power does not automatically translate into influence, especially when exercised unilaterally. The US cannot act effectively when it acts alone but needs to form coalitions, as it did during the Cold War.

The Cold War, despite all its dangers, had a coherent structure. It was the danger posed by the Soviet Union that compelled acceptance of US leadership no matter what doubts countries not in the Soviet camp might have harboured about American policies – even China after 1972 in effect accepted US leadership – and thereby imposed some structure on the global system.

The paradox of our times is that while only the US retains the capability for global leadership, there is no longer any clear strategic imperative to compel acceptance of US leadership. Without a clear strategic imperative, the American people too now seem reluctant to shoulder the burdens of leadership. Hence the confusions and incoherence that today characterise the international system. But incoherence is not multipolarity.

Who is capable of restoring coherence to the global system by exercising global leadership? Europe? Perhaps in economic terms when it sets its house in order. But strategically Europe is irrelevant. Its Common Foreign and Security Policy is at best an aspiration; at worst, a joke. Europe has been unable to influence events even within its own borders – in the Balkans in the mid-1990s, and more recently in the Ukraine. In both these cases, and there are other examples, it was the US that pulled Europe’s chestnuts out of fires that Europe had – in fits of hubris – kindled but could not control. The lesson is that there is no “soft power” unless you have “hard power”.

Who else? The Brics? The term was first coined by a fund manager as a marketing device to part the unwary from their money. It is not a self-evidently viable geopolitical concept. What unites the Brics except a vague dissatisfaction with the established order and a desire for a global role or at least global recognition? But the sources of their dissatisfaction and hence their aspirations are not identical or even similar.

In any case, aspiration must be matched by capability. With one exception – China – the Brics are primarily significant as regional powers and are able to act globally only sporadically. Even China is still somewhat ambivalent about its global role.

At present, it is perhaps more useful to think of the future in terms of regional structures rather than global structures.

The Western-shaped and dominated global system of the last 200 years or so – a system that in the 18th and 19th centuries was multipolar, and bipolar for much of the 20th century – is undoubtedly in transition.

Less clear, indeed opaque, is transition to what? It is pointless to speculate on an unknowable future. But the shape of regions can already be glimpsed. Certainly our region, East Asia, is going to be bipolar, structured by US-China relations.

Post-World War II East Asia was very largely an American creation. But there is now a consensus: That while the US presence is still a necessary, indeed irreplaceable, condition to ensure stability for East Asian growth, it is no longer a sufficient condition for stability and needs to be supplemented – not supplanted – by some new architecture. There are various experiments at elaborating supplementary architecture and they largely define day-to-day East Asian multilateral diplomacy. But all still are only that – experiments. Whatever the eventual outcome, US-China relations will certainly be the central pillar of any new East Asian system.

The US and China are now groping towards a new modus vivendi with each other and with other countries in East Asia. It will be decades before they reach a new equilibrium.

In the meantime, Singapore, in common with all other countries in East Asia, will have to endure the trials and tribulations that are inevitable when strategic adjustments of this magnitude are under way. The challenge is to position ourselves so as to preserve maximum autonomy and avoid being forced into invidious choices.

This does not mean not taking positions on issues that affect our interests. Avoiding taking positions is to surrender autonomy and we must be prepared to clearly state and defend our interests on such issues such as the South China Sea, which is becoming something of a proxy for the major power adjustments that are afoot.

It does however mean leaving open the widest range of options and maintaining the best possible relationships with all the major powers, even as we take positions that are in our national interests.

Can we cope? We have coped quite well so far and are now in a sweet spot in our relations with all major powers. If we mess it up, we will have no one to blame but ourselves. There is no reason why we cannot continue to cope.

To do so, we must understand the processes under way between the US and China accurately. Misunderstanding can be dangerous. The US-China relationship is complex, difficult to encapsulate in a phrase or sentence. It is characterised by both profound interdependence and deep strategic mistrust. Interdependence does not erase the possibility of conflict but limits it, and gives both parties a strong incentive to try to avoid conflicts. The chief risk is conflict by accident and not war by design.

Neither the US nor China is looking for trouble. They need and want a stable relationship. At the same time, neither is going to easily concede to the other and rivalry is an intrinsic and inescapable part of any major power relationship. Competition between the US and China is thus inevitable as they try to establish a new modus vivendi.

The dynamic of US-China competition cannot be reduced to simplistic dichotomies between a “rising power” and a “declining power” or between a “status quo power” and a “revisionist power”. China is certainly rising but the US is not in obvious decline. And like all big countries, both the US and China are simultaneously and selectively upholders of the status quo when convenient and revisionist when it suits them.

To oversimplify this complex reality can lead to miscalculation in what will become an increasingly complicated and unpredictable environment. Again, Cold War clarity is gone and will never be re-established. During the Cold War, there was never any doubt who was friend and who was foe, irrespective of which side we were on or even if we pretended to be non-aligned.

Now matters are far more ambiguous. China evokes anxieties in countries on its periphery. But no country in East Asia – not even Japan or Vietnam which have very complicated relationships with China – considers China to be an enemy. And while the US is a friend, it is sometimes a very demanding and officiously intrusive friend.

More fundamentally – and problematically for those of us who must adjust ourselves to their adjustments – the US and China do not really know yet what they want.

Even as it tries to strengthen its traditional alliance system and make new friends, the US knows that it must reach some accommodation with China and enlist its help to maintain order.

But what sort of order? China wants to reclaim some of its historical role in East Asia. But how much and how?

We must deal with these complexities without being disheartened or intimidated by them. Being in the midst of US-China competition will not always be comfortable. But it is precisely the existence of competition that holds out the possibility of manoeuvre to preserve autonomy.

US-China collusion will be a whole lot more uncomfortable.

The possibility of US-China collusion is not a paranoid fantasy. In 1981, at an international conference held at the UN to discuss the Vietnamese invasion and occupation of Cambodia, an issue arose between Asean and China. The question was what should happen in Cambodia after the Vietnamese withdrew. China wanted the return of the Khmer Rouge. Asean wanted elections to allow the Cambodian people to determine their own rulers.

Singapore took a particularly strong stand on this. The US, concerned about its relationship with China, singled out Singapore for special pressure. An Assistant Secretary of State threatened our Foreign Minister with “blood on the floor” if we did not relent. We stood firm and the US eventually changed its position.

But the lesson was clear: When great powers reach agreements, they generally try to make someone else pay the price. What happened in the past could well happen again, even over such currently fraught issues as the South China Sea where, in the long run, a more symmetrical US-China naval equation must develop and compel a recalibration of the way the US calculates its interests.

Bilahari Kausikan is IPS’ 2015/16 S R Nathan Fellow for the Study of Singapore. He is a former Permanent Secretary at Singapore’s Ministry of Foreign Affairs, and is now an Ambassador-at-Large. This piece, an excerpt of his remarks from Session 1 of the Singapore at 50: What Lies Ahead? (SG50+) Conference on 3 July 2015, was published in The Straits Times on 11 July 2015.