Cultivating in New Citizens a Heart for Singapore 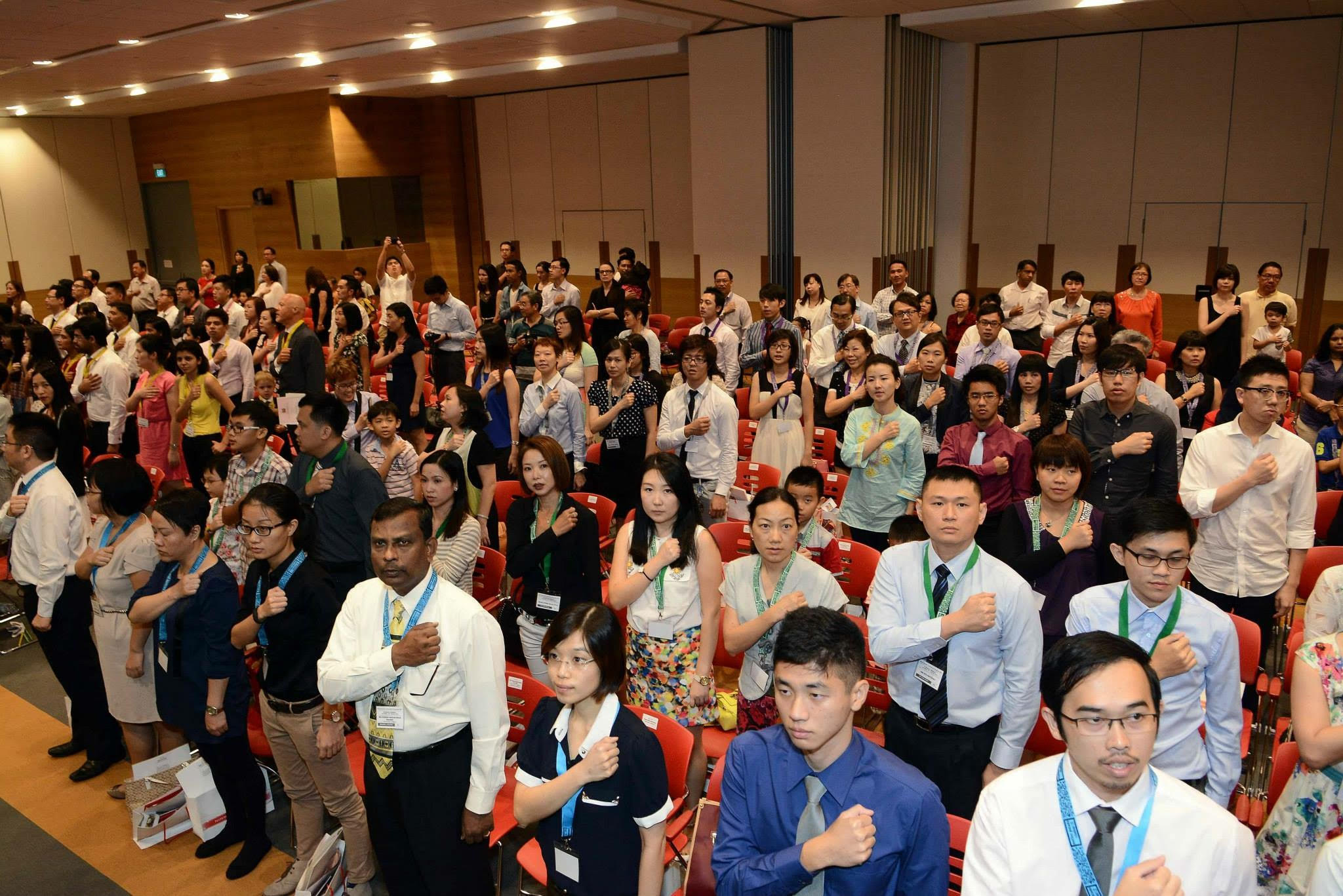 By Mathew Mathews and Debbie Soon

Every year, Singapore incorporates a substantial number of new citizens into its fold.

While precise numbers are not available, from 2012 to 2014, there were on average annually about 20,000 people who were naturalised as citizens. The exercise and process of granting citizenship in any country is often deeply contested and for good reason – citizenship provides substantial privileges that are not usually accorded to non-citizens, whether in terms of political representation, voting eligibility or access to social benefits.

It also delineates individuals who are judged to be responsible to the nation they have naturalised into – they pledge allegiance to it rather than their former countries of birth, and are willing to grow their roots in it, integrate and stand up for the needs of the nation.

Those who have been born and raised in a country, and having had no previous allegiance to another sovereign state, may have questions on the inclination of new citizens. They ask whether their acquisition of citizenship is primarily for economic benefits – a passport which allows freer travel and enjoyment of social benefits from heavily subsidised education to medical fees. They wonder whether these new citizens will be as committed to national security, wholeheartedly defending the nation against threats. They also have concerns over whether new citizens are intent on perpetuating their own norms, values and institutions and will ultimately work to displace them and what they cherish.

In many Western countries, citizenship applications come with mandatory tests and naturalisation requirements. These tests are supposed to help differentiate those who are ready to enter into full-fledged communion with the nation and exercise their rights and live up to their responsibilities, from others who are not.

Thus these tests examine applicants’ ability to socially integrate into society with the required language competencies, and an understanding of the political and cultural system. For instance, in the Netherlands, such tests have required aspiring citizens to watch scenes of men kissing in public and topless women sunbathers to screen out those who do not subscribe to the country’s more liberal attitudes.

From a comparative perspective, the process of naturalisation in Singapore is considerably easier. There are no mandatory tests when one submits an application on their own for citizenship, apart from being at least 21 years of age and having obtained permanent residency for at least two years. However, the Government has devised a set of criteria which, based on previous parliamentary speeches, include educational qualifications, financial ability and whether the application for citizenship includes a family unit.

The requirements do not include, for instance, the ability to speak English or the performance of community service, as PAP MP Darryl David called for recently. Both of these requirements are viewed as important markers as they indicate a readiness to socially integrate into Singapore, based on an ability to speak the lingua franca and a passion to serve society.

Neither do citizenship requirements here expect prospective citizens to display that they understand the intricacies of living in Singapore, ranging from knowledge of the many acronyms used here to the nature of state institutions or the shared values Singaporeans embrace.

Debates on naturalisation requirements in other countries have touched on the idea that the ability to pass a language or knowledge test simply provides a starting point. The ability to hold a basic conversation in the national language and head knowledge about a country may not reflect what most Singaporeans hope from new citizens – a heart for Singapore and unequivocally calling Singapore home.

The Singapore Citizenship Journey, which became mandatory in 2011, attempts to facilitate the transition for those who were formerly citizens of another country to take on the Singaporean identity. The four components of the programme include an online self-study component, a tour of historical landmarks and national institutions, and a community engagement session, culminating in a citizenship ceremony. Through this process, it is hoped that new citizens will have familiarised themselves with the development of Singapore, its policies, and how it has managed the odds as well as found practical ways to contribute towards community-building.

The themes which are common in the discourse during this process include the virtues of multiracialism, social integration and contribution to the progress of Singapore.

But we think there is another quality that must be unabashedly communicated to prospective citizens – fondness and deep respect for the many Singaporeans who have over the years built up a nation which is socially stable, economically prosperous and vibrant. If new citizens can find a place in their heart for local-born Singaporeans – regardless of their race, language or creed – and can appreciate that they and their forebears have left a legacy that should not be easily dismantled, then it would greatly calm many of the fears of local-born Singaporeans.

Such respect would entail that new citizens reflect on whether their actions will have an effect on what locals cherish, such as when they call for other languages besides English, Malay, Chinese and Tamil to be made official languages. This also includes a sincere appreciation in words and gestures for the many men who have national service obligations, and watching out for the economic and social advancement of Singaporeans. Citizenship is certainly a journey, and such deep respect will need to be cultivated beyond the time it takes to get the pink identity card.

Dr Mathew Mathews and Ms Debbie Soon are researchers at the Institute of Policy Studies, National University of Singapore.

This article was published in The Straits Times on Feb. 12, 2016