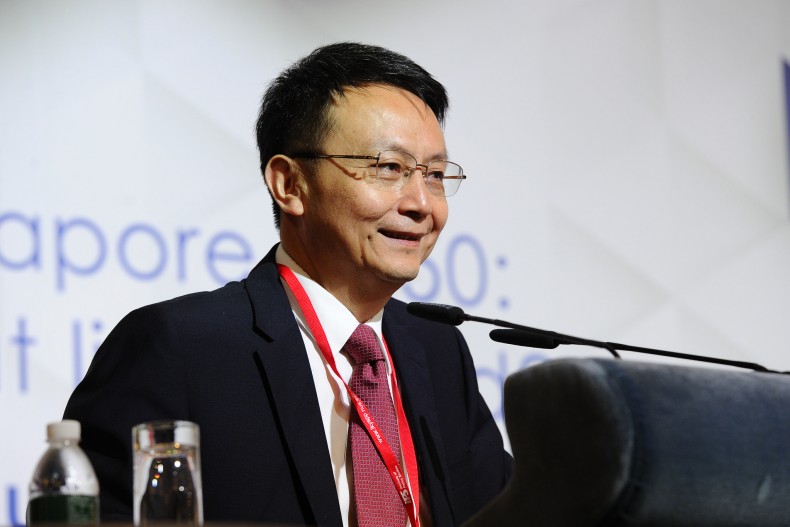 China, both a developing and developed country, is finding it increasingly difficult to define its interests and behave in a consistent way even as it assumes more of its superpower status.

With the rise of China and India, the two most populous countries in the world, the world is bound to be somewhat different in the future.

This assessment has not taken into account other dynamics in the world such as change in technology, social media, demography, climate change and the spread of terrorism.

The question is: How different will it be?

While it is always risky to predict the future, one may be able to sort out a few likely developments on the basis of our understanding of history and the present.

US retains its lead

To begin with, the leading position of the US in the world is likely to be sustained despite the rise of China and India and the repeated warnings of American decline.

Most analysts would agree that although China may overtake the US in terms of gross domestic product size, the US lead in political influence, economic efficiency, scientific innovation and military capabilities is likely to remain.

Neither China nor India is anywhere close to overtaking the US in these areas. Russia may possess some sophisticated military technologies. However, it is lagging further and further behind. And there is little sign that the European Union is getting united and will thrive. Other countries are even less likely to overtake the US.

Moreover, as an immigrant country, the US is likely to remain the country that is most connected to the rest of the world at large and therefore most knowledgeable about the world.

On top of that, the US is likely to retain its appeal to the world with its well-entrenched liberal democratic institutions. Despite defects, these institutions have been working in terms of maintaining order, enabling periodic peaceful transition of leadership, and making it possible for people to speak their minds with much less fear than in many other countries.

Second, the rise of China, India and some other developing countries and the relative decline of Europe and Japan are likely to make the world much less Atlantic-centric and more pluralistic.

Third, China is likely to continue its path of development, namely, accept the existing international order, reject territorial expansion, seek national welfare and prestige through trade, and adopt universal values while insisting on applying them according to Chinese conditions.

It is a path of development that has enabled China to have a peaceful international environment, to focus on domestic challenges, to achieve rapid growth for as long as more than three decades, and to attain its current level of prestige and influence in the world.

It is a path of development from which China has benefited a lot in the past and is likely to benefit even more in the future. China has no good reason to abandon it.

Cooperation with the US

Fourth, China is likely to avoid confrontation and develop a largely cooperative relationship with the US. Confrontation between the two countries would be against their fundamental interests. Military conflicts between them would be devastating.

Those in the two countries who advocate such things are out of their minds and completely irresponsible. If they really wish to have a war, they should send their kids to do it.

The way China has risen so far and is likely to rise in the future gives no good reason for the US to oppose it. Also, despite the bumps in China-US relations as China rises to become a developed, rich, strong and global power, China and the US will find their interests and aspirations more aligned with each other’s than before.

As it becomes more developed, China will find it increasingly in its interests to protect the environment and fight climate change just as the US does.

As it grows wealthier, China will find it increasingly in its interests to ensure stability and help the poor just as the US does.

As it gets stronger, China will also find it increasingly in its own interests to play a more proactive role in addressing regional and global challenges ranging from proliferation of weapons of mass destruction, terrorism and drug trafficking to humanitarian disasters just as the US does.

As it assumes more of a superpower status, China will find it increasingly in its interests to defend the world order so as to protect its interests just as the US does.

Given all these, the two countries are likely to find more incentive to work together to protect their respective interests and address regional and global challenges.

Finally, while the broad trends of developments discussed in the previous passages may look benign, the process of change can be tortuous and full of conflicts.

As a result of this, China finds it increasingly difficult to define its interests and behave in a consistent way. All this is happening at a time when the outside world is anxious to gauge China’s intentions. Since China cannot be certain as to what kind of world it wishes to have at this stage, the outside world can only be confused.

To avoid confrontation and ensure a positive outcome, all countries concerned need to resist the temptation to jump to quick conclusions about each other’s intentions and take emotional measures against each other.

Instead, they should try to give each other the benefit of the doubt: encourage the other side to keep to its professed good intentions and remind the other side if it does not. They should make greater efforts to develop a positive relationship through enhancing cooperation and managing differences.

Are we going to be successful in this? Offensive realists tell us no. And they can find a good deal of evidence to prove their point.

After all, despite the repetition of conflicts in history, peace-time lasts longer than war.

The fact that we are now wiser and the stakes are now higher may increase our chances of making good judgment.

Professor Jia Qingguo is Dean of the School of International Studies at Peking University, China. This piece, an excerpt of his remarks from Session 1 of the Singapore at 50: What Lies Ahead? (SG50+) Conference on 3 July 2015, was published in The Straits Times on 11 July 2015.