Being Responsible Stewards of the Environment in Singapore 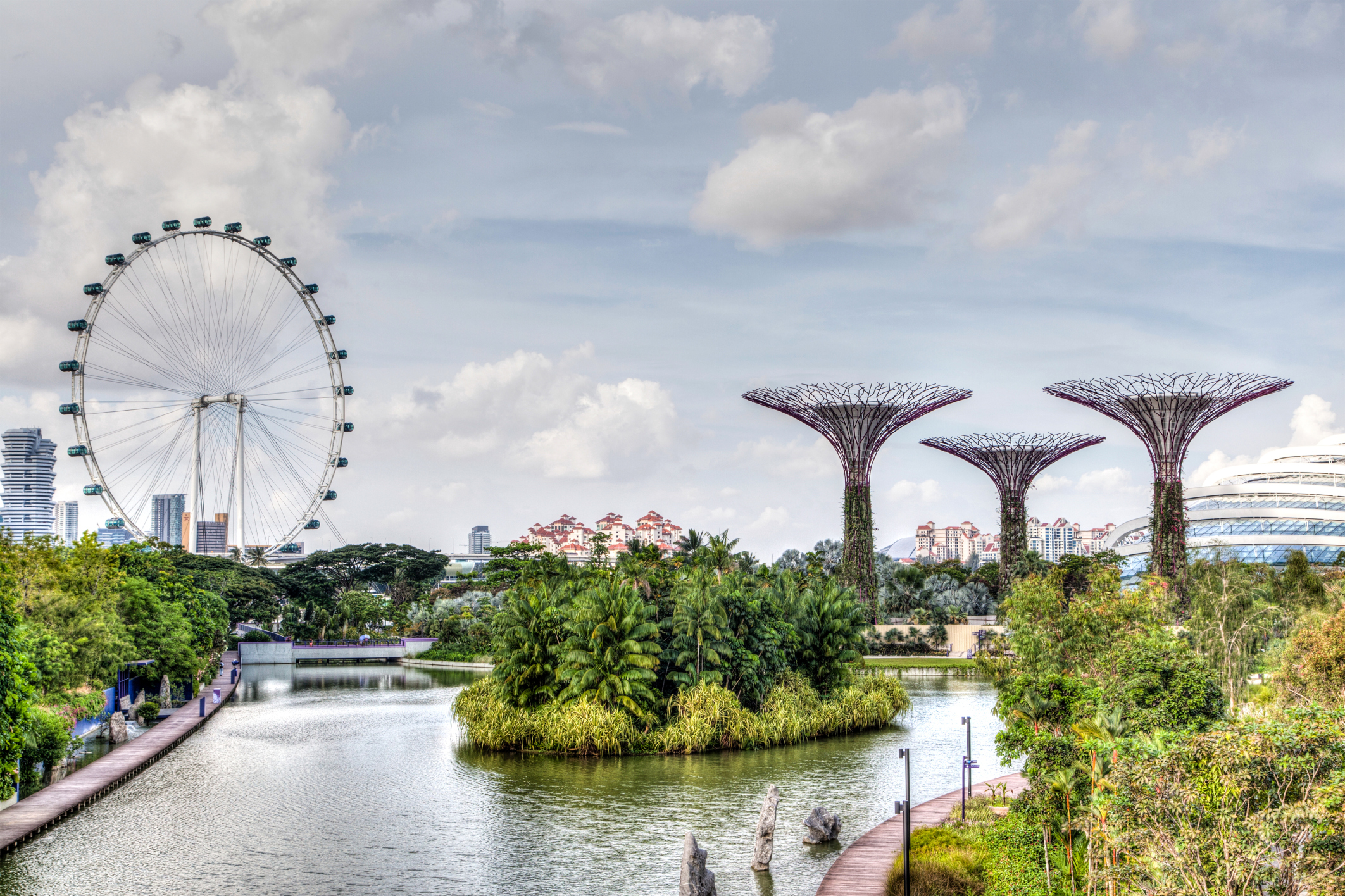 In Singapore, the state of our environmental stewardship can be discerned occasionally by fresh perspectives from other countries. A colleague from New Zealand was shocked that the use of plastics prevails in many aspects of our daily lives. She gave examples which included drinks in plastic cups, sealed with plastic and placed in plastic bags, as well as individual shopping items placed in individual plastic bags, and subsequently bagged in a larger plastic bag.

This description speaks volumes of the large amount of non-biodegradable plastic items used in Singapore daily. The latest report from National Environmental Agency (NEA) on recycling rates in 2014 show that only 9% of plastic waste generated in Singapore was recycled. Large amounts of non-biodegradable waste generated frequently end up in the landfills. Some even end up in the surrounding seas. In the 2015 International Coastal Clean-up report, plastic straws, bottles, cups and bags were among the top 10 waste items collected. This is detrimental to our environment and marine life.

More can and should be done to encourage Singaporeans to be responsible stewards of the environment, our local flora and fauna. Firstly, environmental laws should steer us towards a culture of environmental awareness, respect and protection for the fauna around us. For example, the regulations of the Endangered Species (Import and Export) Act to combat the illegal animal trade in Singapore have been tightened. Previously, offenders faced penalties for trading in CITES-protected (Convention on International Trade in Endangered Species of Wild Fauna and Flora) species. Since 2006, the penalties have been extended to include individual animals or parts. Offenders can no longer exploit the loophole of trading large numbers of animals belonging to a single species to minimise legal penalties.

To promote environmental awareness through the dictum of reduce, reuse and recycle, recycling bins (including bins for electronic waste) are now readily accessible to the public islandwide. Besides cultivating awareness, incentives have been provided to encourage environmentally-friendly behaviours. The Jurong Town Council (now known as the Jurong-Clementi Town Council) launched a “Cash-for-Trash” programme in 2007, where residents can exchange recyclable items for cash. In a similar exercise, the amount of recyclable electronic waste collected was translated into energy-saving light bulbs donated to needy homes in 2013. Such campaigns are useful as they may spur on greater recycling efforts, so that recycling may eventually become a daily habit for all of us. For businesses, incentives in the form of tax rebates can also be provided to companies that have implemented appropriate practices to reduce and recycle waste.

To cultivate environmental awareness, we can also look to other places like Taiwan for inspiration. In Taiwan, waste sorting is conducted after any activity, including after meals.  During a student exchange programme at the National Taiwan University in 2008, we worked alongside local students to sort waste into recyclable and non-recyclable items. The recyclable items were further separated by material types. There were considerably fewer non-biodegradable items, as plastic shopping bags are not given out in Taiwanese shops by default, but only upon request at an additional cost.  Conservation is promoted among the young and it becomes part and parcel of a person’s daily life. The Taiwan Environmental Education Act requires primary and secondary school students to have at least four hours of instruction on environmental protection annually.

This experience inspired us to envision a similar culture of love and protection for the environment in Singapore. Making environmental consciousness a part of our lives will require a complete adjustment of current mindsets and attitudes.  However, we should persist with current efforts to get people to adopt eco-friendly habits, stepping up the education of young children and the public on the consequences of an uncontrolled increase in non-biodegradable materials production and other environmentally harmful acts. Social media and other publicity campaigns can be geared towards promoting recycling and reducing our reliance on plastic shopping bags. The majority of Singaporeans are aware of such measures, but the conscious effort to lead a more environmentally-friendly lifestyle is not widespread. We need more role models from all walks of life to spread the message that it is not difficult to inculcate environmentally sustainable habits. For example, there can be green ambassadors of various age groups in each school and HDB blocks who can demonstrate how to reduce and recycle waste.

Secondly, there should be compulsory environmental impact assessments (EIAs) of our nation’s urban developmental plans. Currently, EIAs are not part of environmental legislation in Singapore; they are decided on an ad-hoc basis for each development project. The frequency, as well as the rigour of EIAs, should be standardised. For example, standardising the type of project which requires EIAs to be conducted will provide consistency in ensuring that projects of a particular scope and impact will have mandatory EIAs conducted. Otherwise, projects with potentially negative environmental consequences and deemed unnecessary for EIAs may proceed, resulting in unfortunate consequences for our environment. In addition, having a standardised set of guidelines for conducting EIAs in various situations will ensure that there are sufficient time and resources allocated to each EIA. This will ensure that the EIAs are conducted in a consistent and comprehensive manner, as well as avoiding excess time and resource wastage by the EIA consultants and developers.

EIA outcomes should also be made more accessible to the public, as in the case of the EIA for the construction of the new Cross Island MRT Line through the Central Catchment Nature Reserve. Typically, the public can view certain EIA reports physically at the relevant authority offices for a limited time period. However, the Land Transport Authority (LTA) decided to release the EIA for the Cross Island MRT Line online, on the back of vibrant public discussion of the merits of rerouting the MRT Line. We hope that this practice continues for future EIAs. This will ensure a balanced contribution of discussion and inputs in understanding the environmental impact of our nation’s urban plans.

Thirdly, we hope to see more responsible animal stewardship in Singapore, whether of wildlife or pet ownership. Recent footage released on social media in October 2015 showed a smooth-coated otter pup injured by a man baiting it with a fishing line hook along the Kallang River. This concerns us as we live in a small island nation, and with continuous population growth, such incidents of people interfering with the wellbeing of wildlife may increase in frequency.

As a garden city with many parks and nature areas, one of our crowning moments was the declaration of the Singapore Botanic Gardens as a UNESCO World Heritage Site last year.  Local fauna inhabiting these green areas will inevitably come into contact with human residents.  We should respect and enjoy the presence of these animals. This can be possible through the education of the public on local flora and fauna, especially how to behave around free-roaming animals like macaques, otters, colugos, snakes, and civets.  With better knowledge of local flora and fauna, Singaporeans can then learn to respect and even love our natural heritage.  Such attitudes and behaviours can also be cultivated in schools, through field trips to nature reserves and workshops that explain the value of having wildlife and how best to share space with it.

In order to survive, abandoned pets, such as dogs and cats, have been found to remain dependent on human-derived food sources.  This is a significant source of human-wildlife conflict, as feeding of stray animals is currently a contentious issue due to perceived animal aggression and health concerns to the public.

The Bukit Batok rat infestation incident in 2014 is one of the more prominent examples.  The cause of the rat infestation had been attributed to leftover food from people feeding stray dogs in the vicinity, which attracted rats. Educating the public, especially students, on responsible pet ownership will hopefully prevent and reduce these problems in Singapore.  In addition, we hope that there will be continuous regular communication amongst the different levels of our society, such as government agencies, animal and environmental welfare groups, experts in the relevant nature fields as well as the public community. This will promote greater understanding in our society in terms of responsible pet ownership and its undesirable consequences when not upheld.

In conclusion, our vision for Singapore society is one where everyone is a responsible steward of the natural environment. We do not live in isolation from the environment; rather, we are part of the environmental ecosystem, and we depend on the other parts to live well and prosper. We hope that a culture of respect and love for the environment, as well as local fauna and flora, can be perpetuated in our beloved nation, so that these can be sustained and preserved as a precious legacy for future generations of Singaporeans. Ultimately, we envision that Singapore can demonstrate that conserving the environment is not mutually exclusive with economic development.

The authors are a group of local ecologists, and their main research areas include intertidal and forest research on both invertebrates and vertebrates.