Are Singaporeans A Kind or Unkind People? 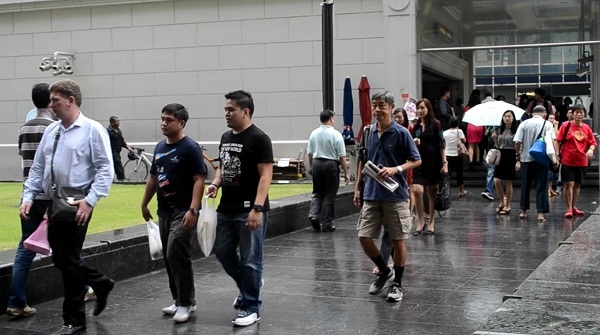 The following is the keynote speech by Professor Tommy Koh, Rector of Tembusu College, and Special Adviser to the Institute of Policy Studies, at the National Conference on Kindness at the Marina Mandarin Hotel on 20 October 2012. The conference was titled, “Journeying Together For Kindness”.

I have decided to review the evidence in order to answer the question: Are Singaporeans a kind or unkind people? I begin by acknowledging that there is evidence to support both sides of the proposition. Let us examine some of the evidence supporting the view that Singaporeans are not a kind people.

First, there are many instances in which foreign workers have been subjected to unkind treatment by their employers. Some foreign workers are housed in unsanitary and inhumane circumstances. Some employers do not pay their workers promptly or at all or make all kinds of unreasonable deductions from their wages. The worst case was probably the employer who left his injured foreign worker to die on the road side.

Second, I have often read in our newspapers about the unkind treatment of our foreign domestic workers or maids. Some maids have been sexually abused by their male employers. Other maids have been physically or psychologically abused by both their male and female employers and members of their families. Some common complaints by maids include not being given enough time to rest, food to eat and a decent place to sleep in.  I was disappointed that some employers opposed the government’s belated decision to grant all maids a weekly day of rest. I also think that more can be done to prevent maids from falling to their deaths by being required to clean the windows of their employers’ apartments in an unsafe manner.

Third, I am distressed by one growing trend in Singapore, which is, the abandonment of elderly parents by their children. My wife works as a volunteer in a hospital run by a group of churches. She has come across elderly women, either living alone or in institutions, who have complained to her that their children never visited them. I wonder if our cherished virtue of filial piety is beginning to wither.

Fourth, I think we could be kinder in the treatment of our disabled. Let me start with the education of our disabled children. I see no good reason for exempting disabled children from the law on compulsory education. The quality of education available to disabled children varies a great deal depending upon the capacity of the voluntary welfare organisation providing the service. For example, the Pathlight School for children with autism is world class.  In contrast, the School for the Blind is stuck in the third world. Employment opportunities for the disabled is another problem area. When I was the Ambassador to the US and based in Washington DC, I took a special interest in our hearing impaired students studying at the world famous Gallaudet University. I encouraged the Singapore students to return to Singapore upon graduation. Of the group that came back, only one got a job to teach at the School for the Deaf. The rest returned to America, where employers were willing to employ them in the occupations they had studied for. Mobility is another big problem. My blind friend, Cassandra Chiu, and her guide dog, Esme, have encountered no end of problems in seeking to gain access to office buildings, shopping malls, trains, buses, restaurants, in spite of the fact that such access had been approved by MCYS, MUIS, SMRT, SBS, etc. In Korea, it is a crime for anyone to deny a blind person, accompanied by a guide dog, access to any public place.

Fifth, I think one test of the kindness of a people is how they treat their animals. As an animal lover, I am appalled by the reports I have read of cruelty towards animals. I cannot understand why there are some sadists among us who apparently enjoy torturing and killing animals. I am glad that our society, the police and our courts have taken a strong position against such offenders. Cruelty of any kind, against any sentient being, should have no place in Singapore.

Let me now turn to examine the facts which support the view that Singaporeans are a kind people.

First, for every unkind employer of foreign workers, there are probably several who treat their workers kindly. Some employers house their workers in very good dormitories, provide them with healthy food and social amenities. In addition, there are NGOs, such as TWC2 and HOME, which champion the rights of foreign workers. I have also come across doctors, lawyers and other professionals who volunteer their precious time to look after the welfare of these workers. There is a restaurant in Little India which provides foreign workers with free food.

Second, the same is probably true for maids. For every unkind employer, there are probably several kind employers who treat their maids with kindness and respect. I have seen families who treat their maids as members of their families. I have also come across employers who have shown extraordinary kindness towards their maids, for example, by paying for their medical treatment or helping them with their children’s education or giving them time off to further their education.

Third, Singaporeans always respond, with generosity, to humanitarian disasters abroad, especially those in nearby Asia. I remember the massive response by Singaporeans to the Indian Ocean tsunami in 2004, to the Cyclone Nargis in Myanmar, to the Szechuan earthquake and to the Tohoku tsunami in Japan. If Singaporeans do not have kind hearts, I do not think they would have responded so generously.

Fourth, the National Volunteer and Philanthropy Centre (NVPC) has reported that, between 2004 and 2010, donations by individuals to all charities rose by 16 per cent a year.  For the past 10 years, 2001 to 2011, donations to charities, which can provide tax deductions for donations, rose by 9 per cent each year.  In 2010, Singaporeans contributed a total of $1,070 million to philanthropy.  Contributions to the President’s Challenge, Community Chest and the Straits Times Pocket Money Fund have increased every year.  Philanthropy has taken root in Singapore and, like America, is becoming part of the culture of Singaporeans.  In 2010, 85 per cent of Singaporeans donated money to charity.  In addition, Singapore is emerging as an important philanthropic hub of Asia.  Under the leadership of NVPC, Singapore is also becoming a thought leader in philanthropy.

Fifth, the good news is that Singapore is also becoming a nation of volunteers.  The percentage of Singaporeans who volunteer has gone up from 15 per cent in 2004 to 23 per cent in 2010.  The fact that some of our schools require their students to perform a certain number of hours of community service has helped to propel the trend.  At my College, Tembusu College at NUS, we have some students who have adopted an orphanage in West Timor as well as many students who collect food to deliver them to needy families.  I am very impressed by the spirit of our young people.  Many of them are helping the poor, the disadvantaged, the marginalised, in different countries in Asia and elsewhere.

Sixth, I am frequently cheered by the letters in the forum page of The Straits Times.  The letter writers are both Singaporeans and foreign visitors.  All of them expressed their gratitude to Singaporeans, often unnamed, who have gone out of the way to show kindness to strangers.  My foreign friends have told me that they are very impressed by the kindness of Singaporeans.

Let me conclude.  I believe that, on the whole, Singaporeans are a kind people.  In a poll conducted by SPH, in November 2011, on what virtues the Singaporeans considered important to them, kindness came in second, after honesty.  There is a minority of unkind people here as there are everywhere.  There are, however, areas in which we can do better.  We can be kinder in the treatment of the elderly and the disabled.  I appeal to our young train riders to be kinder to the elderly, disabled and pregnant commuters.  We should also aspire to be kinder to all who share the spaces that we work, live and play in, regardless of age, gender and ethnicity.  We should be kind to fellow workers, irrespective of rank and hierarchy.  Bosses should be kinder to their staff in respect of work-life balance and profit sharing.  Neighbours should be tolerant and kind to one another.  Our drivers should try to be more kind and courteous to fellow drivers, motor-cyclists, cyclists and pedestrians.  We could be kinder to our cyclists and consider following the good example of New York by designating special lanes for them.  We should stand up against the minority of selfish people who oppose dormitories for foreign workers, hospices, facilities for the elderly, in their neighbourhood.  Let the voices of the majority of Singaporeans, who are kind, rise above those of the unkind minority.