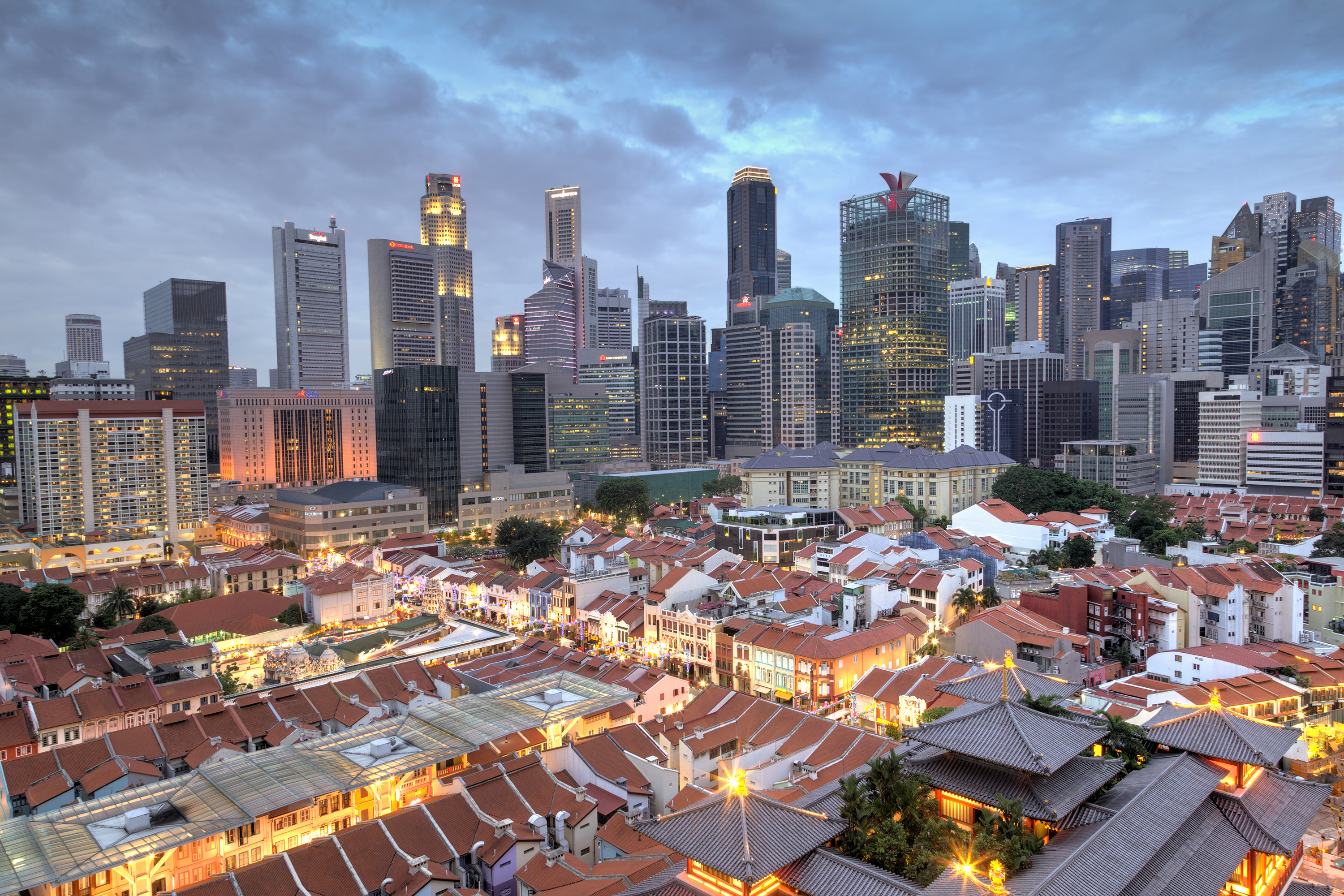 I am not a licensed architect, at least not yet. I am a Singaporean, making observations as both a budding designer and a young adult. The intention was for me to pen my thoughts on the future of city living in Singapore.

I believe that to start envisioning the future, we have to first evaluate the present. What is lacking in our current situation? Why is this happening? How do we get to where we want to be?

The future of city living in Singapore should be one that is highly self-initiated, highly diverse yet populated with individuals who feel a deep sense of belonging to the country. Anticipating the needs of a future city and designing for it is not easy. But we can start by identifying what our fundamental values and preferences are and taking small but transformative steps towards our vision of Singapore version 2.0 (v2.0).

People are at the centre of efforts to create Singapore v2.0. Going by the current trend of young people becoming more active citizens and taking part in community initiatives, future occupants of our city are likely to be proactive, with the necessary means to put ideas into action. They may not necessarily challenge the status quo, but would instead probe it more persistently in search of better solutions.

In terms of re-defining our physical space, our public housing system would be the key area to tackle. It would require a re-think of the existing top-down model where there is one master builder, the HDB, and a re-examination of how different agencies and individuals, for example, homeowners, architects, builders, the HDB, can all play a role in designing public housing.

Homeowners may want to have more decision-making in shaping their homes, beyond choosing infills such as furniture and interior décor. They may question the need for a structured housing typology, neighourhood and eventually the cityscape at large. The architect may relinquish more of his decision-making to homeowners, thereafter playing an even more facilitative role rather than a prescriptive one. The “one-layout-fits-all” template of the housing system served us well in our nation’s formative years but a more adaptive model is needed for the future.

Imagine a house where internal spaces react to one’s changing needs over time, and a homeowner has the ability to constantly re-configure their living space without disruption to structural components. The diversity of spaces this system creates within the building’s usable lifespan is vast.

This diversity brings lots of benefits. Homeowners will develop a greater sense of ownership of their living space if they can be involved in the design and re-design of their home. This may reduce the need and desire to relocate from the estate when their life circumstances — due to a growing family or ageing — change. They will increase their sense of rootedness to one community. Ageing-in-place will occur naturally, not only as an afterthought for the elderly, but as a long and gradual process starting early with young families.

Let’s ponder this idea for a while. A young couple in their 20s could purchase a 90-square metre apartment, the size of a current HDB four-room flat, without any pre-conceived designation of rooms, and divide it into a maximum of three equitable smaller sub-apartments. Each one-third section of the whole apartment can vary in size according to the owner’s needs. Each would have its own private access, pre-fabricated toilet unit, and other essential spaces to function independently. This is similar in concept to the Nakagin Capsule Tower, which is the sum of 140 self-contained pre-fabricated apartment capsules. Homeowners could sell or lease these spaces out, with the option to buy them back in future when they have children or parents moving in. Sub-owners will have their own privacy, unlike the current rental situation where common spaces are still being shared. Since the toilet and other core services often pose the greatest inhibition to manipulating internal spaces, locating them as additive modules onto the exterior structural walls makes them detachable at any time. This not only frees up the internal spaces for subdivision, it reduces redundancy at any point in time.

This housing typology could be the model for future apartment living. Having to build high-rise towers due to land scarcity does not necessarily mean that the units within them have to be identical. This transformative model is more than just creating spatial diversity. The greater mix of people and hence interactions within a community will increase, and the cost of sustaining a flat can be shared. But most significantly, homeowners gain more autonomy in tailoring their housing needs based on changing circumstances. The house will thus become more malleable to change.

The future neighbourhood estate should encourage different interactions between people and their surroundings, namely, in terms of the street, transport, school, work, public amenities, greenery, etc. For instance, the streets in our future estates could have activities happening along a physical “Central Nervous System”. This will be the main connector where schools, malls, public facilities are broken down into smaller parts and lined up along this spine. Housing blocks would be designed to flank these buildings and facilities. Blocks will be no more than 400 metres away from the main spine, making it a comfortable walking distance to major amenities and the transport network. Within a 200-metre radius of each block, there will also be a “secondary spine”, where smaller start-ups like provision shops, delis or tailors are located. This linear configuration would be a rethink of the existing nodal town centre, which splits an estate into separate smaller isolated parts. In a linear town centre, all precincts will be linked by a clear central spine.

This spine will have distinct layers, each catering to a particular mode of transportation. There will be the elevated street level for pedestrians, which is an artificial deck propped up from the existing roads. Cars and buses will continue to operate on the road level, with the extensive Mass Rapid Transit (MRT) network below it. In terms of traffic, pedestrian circulation will be clearly separated from the vehicular network. Not only will this create a car-free and safe environment for people, it also means more room for greenery. The greenery can soften the harsh edges of the new cityscape, providing ample shade from the sun for people on the streets. In addition, small community-run farming plots can be used to produce fresh vegetables and herbs to be sold or traded at the local market.

The relationship of work and home will also be different: 1/3 apartment spaces can be rented as home offices at a lower price in comparison to locations in the city centre. Not only will this reduce travelling time downtown for work every day, it may help small start-ups begin their business with lower risks. This will also make working from home more feasible, allowing for a decentralisation of the Central Business District (CBD). As a consequence, there will be lower reliance on personal cars and this will ease the strain on the public transportation system during peak hours. Working together can give rise to more collaborative opportunities.

Creating a denser and highly vibrant physical connection through housing estates will be relative easy, given our digitally-networked city. Since so much can already be done via the Internet, why not work with these circumstances? Parents can work from home without compromising their careers; students will have the option of shorter commutes from home to school; and schools can have decentralised classrooms along the spine of an estate, placing students directly within the local community for more hands-on learning in addition to the standard curriculum. The Central Nervous System of each estate has one portion devoted to a giant park connector that physically binds different estates together.

The future of city living in Singapore should be a “Living City” — one that unites different diversities and is inherently capable of change and self-renewal. Careful design of both the micro- and macro-levels of the city is crucial, while retaining a sense of place. Customising design is not an intuitive solution to a situation with a growing population and land constraints. While a quick fix is to continue to provide a standard template for everyone in every situation, what every homeowner needs is different, and their needs are likely to become more differentiated over time. We should not be looking to just provide standard solutions but we should look to do more. And I believe that by starting to engage people and involve them in shaping their living spaces, our homes can become more adaptive, neighbourhoods can become more diverse, and the city, hopefully more interactive.

Jonathan Toh is a young designer who believes in starting meaningful dialogue on architecture in Singapore. He is working in the local architectural industry having graduated from National University of Singapore.