[The Angle] 4th generation leaders and the new Cabinet line-up 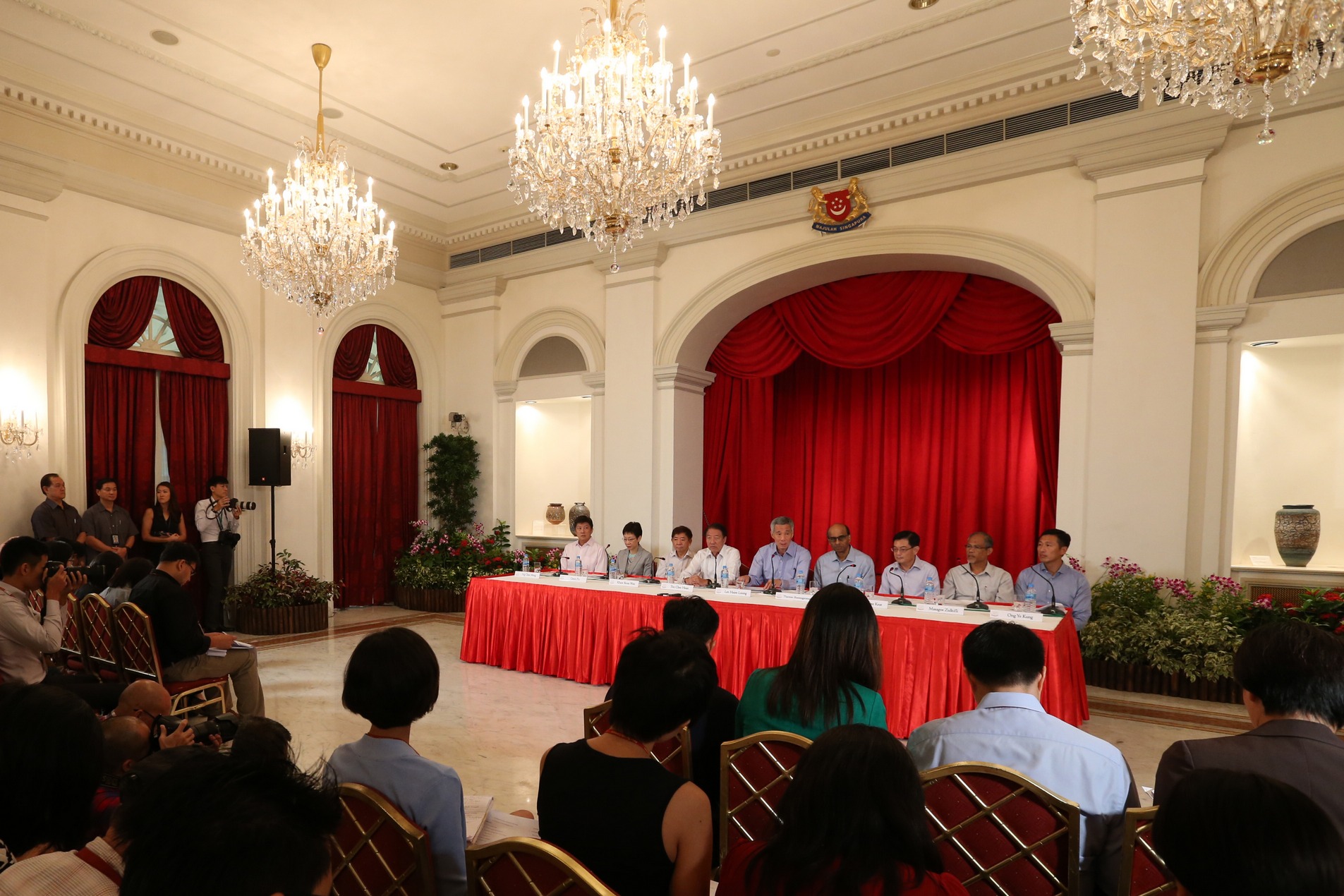 First, there are three coordinating ministers. DPM Teo Chee Hean has retained his national security portfolio, while DPM Tharman Shanmugaratnam now has a formal economic and social policies portfolio, though he has informally been in this role since May 2011. The new Coordinating Minister portfolio covers infrastructure and is helmed by the new Transport Minister Khaw Boon Wan.

We know that at the heart of the worries about the government’s manpower and immigration policies is the question of whether Singapore’s social and physical infrastructure can cope with the demands. Having been at the Health Ministry and National Development Ministry (MND) and now at Transport, Khaw pulls together his expertise and experience very nicely. Josephine Teo and Ng Chee Meng will assist him in the Transport Ministry and can potentially benefit from positive political capital if our national public transport system delivers smooth and effective services, given the policy initiatives that were already promised before GE2015.

Second: There is a new arrangement of having co-anchor ministers in two ministries — Education (MOE) and Trade and Industry (MTI). The first pair of acting ministers marks the quick promotion of new recruits, Ng Chee Meng and Ong Ye Kung. Like Heng Swee Keat who walked straight into MOE, a spot there is part of the traditional route for recruiting deputy prime ministers.  The second pair are full ministers — Lim Hng Kiang and S. Iswaran — who have worked together for many years and who are also Members of Parliament for West Coast GRC. They have Dr Koh Poh Koon as Minister of State which means he will now leave his medical practice for a full government role and is an understudy for that portfolio — again, part of the route for a heavyweight minister. It will be a chance to prove his abilities.

Third – and this is wonderful news – we now have a woman in charge of a ministry. Grace Fu is at the Culture, Community and Youth Ministry (MCCY) and her second-in-command – also a lady – is Sim Ann, who has been promoted to Senior Minister of State there. Lawrence Wong who helmed MCCY now takes over from Khaw Boon Wan at MND which already has many new policies put in place and therefore Wong has to deliver on the successful implementation of those and address any further political challenges arising from the management of town councils. There is to be a strengthening of the Town Councils Act which Minister Wong will now have to present in Parliament. He also takes charge of the Fresh Start programme which, beyond housing policy, is also aimed at enhancing social mobility and inclusion.

Fourth – we now have two Malay full ministers with portfolios – Dr Yaacob Ibrahim who retains his spot at the Ministry of Communications and Information (MCI) and Masagos Zulkifli at the Ministry of Environment and Water Resources. As we know from the recent issues with the haze, there are foreign relations questions at the heart of managing the haze and water, and with Masagos’ past background and exposure in the Foreign Affairs Ministry, he will be well-placed to manage what was thought of as a domestic portfolio but is no longer the case.

New faces Chee Hong Tat and Amrin Amin are junior ministers, and Dr Janil Puthucheary has been promoted from backbencher to junior minister as well — MOS at MOE and MCI.

The contours and substance of the fourth generation team are now in place, but the heart and head of this fourth generation group will still require time, exposure and experience to be shaped and refined. The coordinating ministers and the PM will provide that mentoring.

What seems clear is that Heng Swee Keat stands head over shoulders above the fourth generation (4G) group. He is getting the traditional exposure for a DPM-in-waiting – having had a full term in MOE, he is now taking the spot from DPM Tharman at MOF. He was a popular Education minister. He helmed the well-received Our Singapore Conversation process of 2012-2013 as well as the committee in charge of organising this year’s SG50 celebrations.  These were opportunities given to Mr Heng to engage, in double-quick time, with Singaporeans across a broad range of sectors.

Ng Chee Meng, Ong Ye Kung, Masagos Zulkifli, Chan Chun Sing, Lawrence Wong and Tan Chuan-Jin are in place among the leadership ranks, from the 2011 and 2015 cohorts.  We will wait to see if Chee Hong Tat is considered part of that core group as well as surprise candidate Dr Janil Puthucheary, the MP of free morning rides on the MRT from DPM Teo’s Pasir Ris-Punggol GRC like Mr Ng.

It will also be interesting to watch if Dr Maliki Osman, Desmond Lee, Dr Lam Pin Min and Teo Ser Luck will make further headway in becoming part of that 4G ministerial team over the next rounds of Cabinet reshuffles. We have seen that people do stand down as Mr Lee Yi Shyan has, from being Senior Minister of State at MTI and MND.

There were five Cabinet reshuffles in all, from May 2011 to April 2015 and so in the same way, we can expect several shifts up and down before the next GE.

In terms of the women, we see Josephine Teo, Sim Ann and Indranee Rajah coming up and perhaps we may see room for one more full minister with portfolio in future Cabinet reshuffles. After all, there is still one minister who is double-hatting – Mr Shanmugam at the Ministry of Law and the Ministry of Home Affairs.

Given the PM’s key messages in his post-GE conference about even greater engagement with the public, greater thinking-through needed of policies as well as the imperative of coping with new external challenges, these moves will be assessed against whether the younger members have the wherewithal to come up with the right answers in the technocratic sense and have the confidence of the people in the political sense.

PM Lee said that the younger leaders will get stretched, tested and be made to gel together as a team, so that they will be able to take over from him “after the end of this term”. What was therefore the most important announcement of the day was, that barring any unforeseen circumstances, the ultimate handover will happen only after the next general election.

Dr Gillian Koh is a Senior Research Fellow at IPS